An Interview with Veronica Colondam 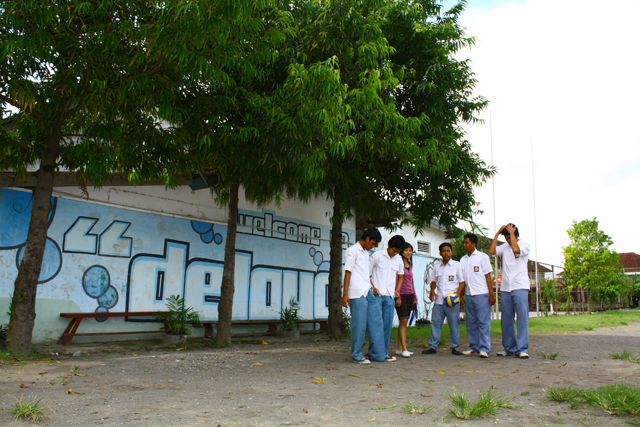 How did you determine which aspects of drug abuse you wanted to focus on?

I started YCAB to address drug problems and we set our focus in primary prevention. The aim is for everyone to be open to speak about drug problems and to have the responsibility to educate his or her kids about the danger of it. I think young people are open to talk about it and that we owe them that kind of information and help them build their skills to make the right decision for themselves.

Can you tell us more about the drug abuse problem in Indonesia?

A survey done in 2005 showed 11-12% of school children in Jakarta from the age 12-19 admitted to have tried or used drugs, an increase of approximately 1% from the previous year. That is from data point of view.

From the general point of view, drugs are just amazingly available and what is sad about it is that they are also fashionable. And that, in my opinion, is the biggest challenge in fighting drugs: to fight the kind of lifestyle where drugs have infiltrated into the mind of young people.

Why do you think young people are turning to drugs in Indonesia?

The drug situation in Indonesia is poverty driven. Because of the economic difficulty, Indonesia has faced a lot more problems with drug trafficking and trading after the Asian economic crisis began in 1998. Trafficking and trading is far more prevalent among the impoverished group of people with incomes around $1-2/day than among the middle-to-high income group of people.

Poverty is driving the distribution of drugs and poverty also is one of the biggest risk factors to one's involvement in drugs in Indonesia. Because of poverty, 63.5% of school age children are outside of school system. When this happens, most of urban kids end up working in the streets. They therefore become more prone to involvement with drugs, starting from trafficking, then using, to abusing. The data in Indonesia shows that 93.8% of street children who work in the streets are involved in the trafficking of drugs.

How has young people’s use of drugs affected Indonesian society?

I believe that the exercise of a personal freedom should not violate the rights of the community at large; starting from the family, school community and the community where we live. The nature of addiction usually derives from personal choice that later violates the social world at large. For example, the economic and health costs - not to mention the broken hearts and broken homes - that follow when someone abuses drugs will affect their family and the society where they live.

In the end, drug abuse will affect the whole economic structure of the nation. For though the trading of drugs is illegal, it has become more like a kind of economic force that drives our economy along with the other "legal" addictive drugs such as tobacco (36.1% of Indonesia’s national income comes from tobacco sales and consumption).

How do you think most people in Indonesia think about this issue?

Of course public opinion is strongly against drug abuse. Everybody knows that drugs are a problem, everybody knows how bad it is, and yet not many would really come out and make a big step in proclaiming this with a strong message.

Drug abuse in Indonesia is hidden in a way. It is mainly due to our sense of shame (called aib) that is instilled among the people. For example, instead of getting help, people will hide their children who are using drugs so they will not have to carry the aib.

We did a household survey in 2005 and it shows that four in five households or families in Indonesia would not report any drugs situation or drug addict found in their community. So yes, it is acknowledged as a problem, but then we are not doing enough to stop it.

How do you think that community organizations in Indonesia should be involved in drug prevention?

I think everybody has to be active and very much involved in drug abuse prevention. One interesting thing that I have learnt from my work is that although drug abuse is usually seen from medical and legal perspectives, the moral and spiritual perspectives of it can not be neglected. I believe that the social culture and values can be advantageous in the fight against drugs, and the same is true for the spiritual values.

If something is wrong, you have to think about why is it wrong. Is it because it bothers you, your family, or other people? Is it because of the socio-economic impact? What is it actually? I think the freedom of individual choice should be made within the boundaries of the social perimeter.

You have studied mass communications and public relations as well as drugs policy and intervention. How do you use your media skills in your work?

The whole message of YCAB is not only limited to “don’t do drugs”, but there's more to it. "Let's get busy", "let's get active with your life", "do something you're good at". Studies have found that an active life is usually followed by a tremendous decline in youth's experimentation with drugs. Our drug prevention program is not so much about anti-drugs per se but more about what else you can do with your life to positively utilize free time.

I think leading an anti-drug campaign is one of the most challenging media tasks. When the task is to turn the tide of drug abuse from being fashionable and popular into something that one should refrain from, that task is indeed demanding and dynamic.

What skills do you think are most important for this kind of work?

Depending on one’s interest, I strongly suggest anyone to gain education in the respective field. If a specific course is not available, any background education in sociology, psychology, public health or education will be beneficial to start a career in drug prevention or intervention work.

Social work requires a person not only to have the skills - even though they are important - but also the heart to really give your life to this. No matter how skillful you are, if you do not have the heart to devote your life to a cause it will not give you purpose in your life. Any kind of skill can be added into your existing capacity, but heart is something that one should first discover in his/her own calling in life.