'What Does Antigravity Feel Like? How Do You Interact with Others in It?' | Asia Society Skip to main content

'What Does Antigravity Feel Like? How Do You Interact with Others in It?' 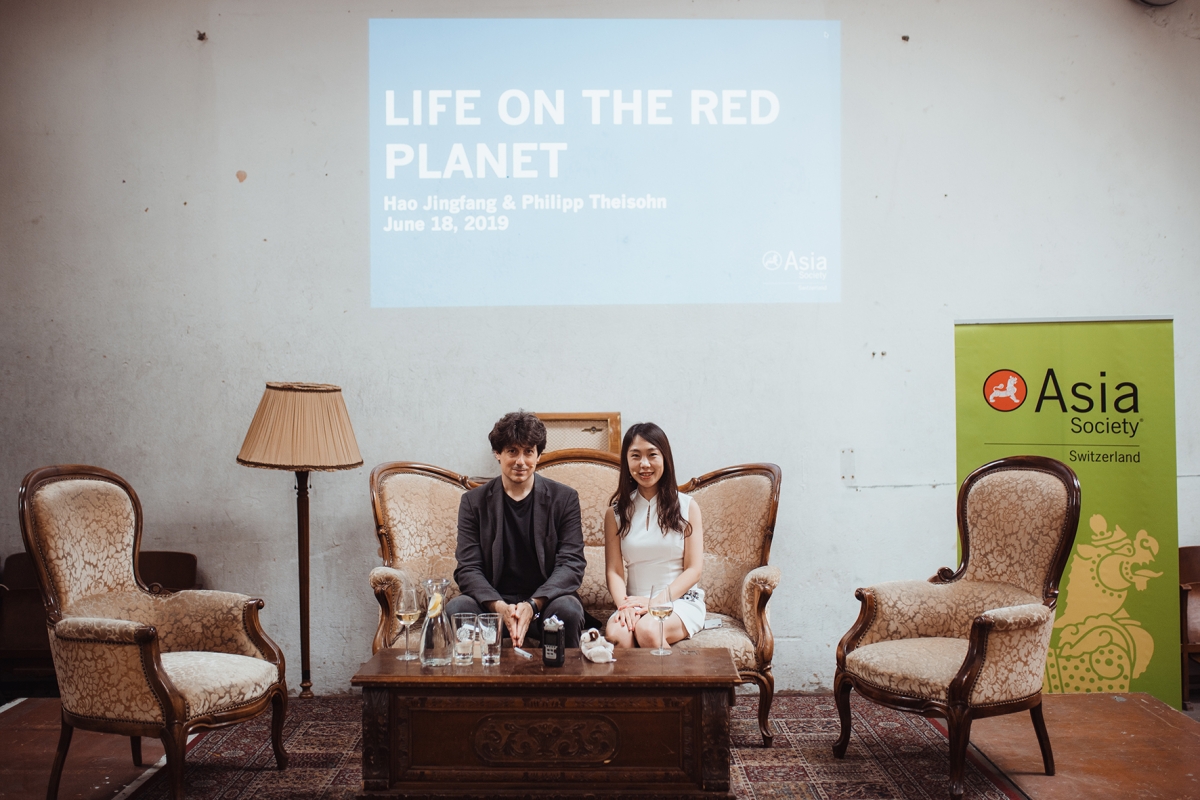 Chinese science fiction author Hao Jingfang visited Asia Society Switzerland on June 18, 2019 to read from her work Stray Skies. In conversation with Philipp Theisohn, literature professor at the University of Zurich specializing in science fiction, she talked about the origins of Chinese science fiction and about her writing as a mental experiment in need of both the logical as well as the emotional.

Unlike some might apprehend, Chinese science fiction’s tradition reaches back several decades, but it was only in the 1990s when a new generation of writers emerged that didn’t treat science fiction as a genre of children’s books – "trying to teach actual science". And Hao Jingfang, as she describes herself, was one of the first readers of this upcoming generation.

It was with these authors, she explained, that science fiction became a genuine form to tell Chinese stories. She felt this become true especially with Liu Cixin’s The Rural Teacher: In it, a dying science teacher introduced his students to Newton’s laws, in vain as it seemed at the time. But aliens invade and base the decision of sparing or erasing the planet on how advanced the civilization is. As a test they ask these kids about Newton’s laws and by remembering their teacher’s lessons, the children save the planet. What sounds like the old version of Chinese science fiction – children and science – is just the plot. The heart of the story, the way Liu narrates the relations between the teacher and the kids and their families, is what made it so special to Hao Jingfang: it is deeply rooted in Chinese culture and displays a countryside so typical for China. After the publishing of this story a lot of writers picked up telling stories about Chinese families and everyday life. 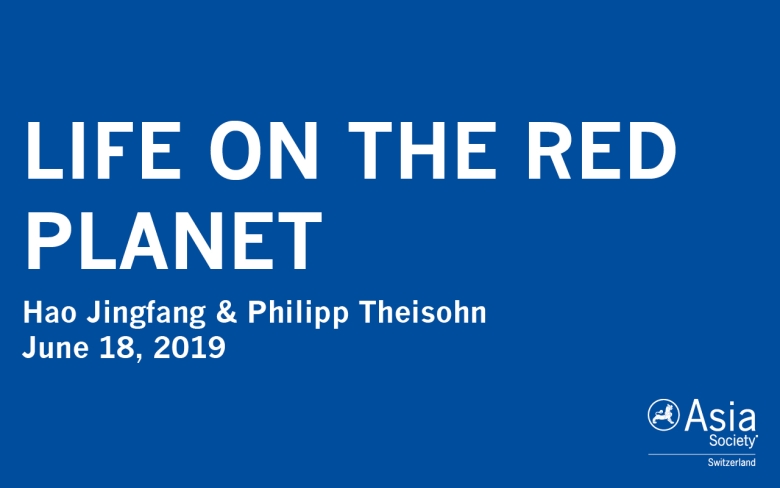 Asked whether she had a particular passion for building worlds, Hao Jingfang described how she perceives her own writing and how it relates to her professional and educational background in economics and physics. "I see my science fiction writing as a mental experiment: like in physics you can never purify a gas within air which is a mixture of gases. If you would like to discuss the nature of one particular gas you need to purify it in a laboratory. You need to create conditions to be able to experiment with it and compare it with other gases." To merely discuss Chinese society, Hao Jingfang specified, she wouldn’t turn to science fiction but would rather stick to realistic literature – which she has done before. However, in order to experiment she must create new worlds to discuss abstract concepts, difficult questions and problems, and compare them to each other like in Stray Skies.

The lives of others

What all sounds very technical and logical is only half the story for Hao Jingfang. "For the story part I use my feelings: What does antigravity feel like? How do you interact with others in it? That part is very emotional." She believes that there are elements in human life that you can observe in people now as you could do 1000 years ago and you will be able to observe 1000 years from now. The history’s nameless, whose destinies are not only determined by themselves, inspire her. And it is them who are affected most by inequality, for example. Hao Jingfang made it the topic of her Hugo Award-winning novelette Folding Beijing, because it is one of the most pressing problems for all societies – "it is so permanent, and so difficult to tackle." In the novelette, Beijing’s society is split in three by time and space, according to class affiliation. A day is a 48-hour cycle, of which 24 hours are assigned to the first class who is well off economically, the second class’ day is 16 hours long, and the day – or rather: the night – for the third class is only eight hours long. After each assigned time people lay to rest while their assigned space disappears into some sort of storage and the space for the next class unfolds. The scheme is thought to lift weight off of the welfare system and it seems to be economically effective. What touches Hao about that story is her protagonist’s determination to work hard and risk so much to possibly enable his daughter to climb the social ladder one day from third to the second space – an outlook that in comparison with today’s migrant workers’ odds feels hopeful.

Find photos of the event here.

Listen to the whole conversation here:

Hao Jingfang was born in 1984, graduated in physics and gained her PhD in economics at Tsinghua University in 2013. She has been working since with the China Development Research Foundation (CDRF), where she acts as Deputy Director of Research Department I. For the novelette Folding Beijing Hao was awarded with the Hugo Award in 2016 as the first Chinese woman to win the price considered the Pulitzer for sci-fi. Her novel Stray Skies has been published in German last year under the title Wandernde Himmel, the English edition, translated by Ken Liu, is to follow soon. Hao is also the founder of Tongxing Academy, a charity to provide education to poor children in remote mountainous areas. The foundation’s program teaches science, technology, and arts, to provide them with creative skills for the future to come.

Philipp Theisohn was born in 1974, graduated in literature and philosophy and gained his PhD at the University of Tübingen in 2004. In 2012 he published a book on the history of the literary oracle, exploring the tradition of future writing from the 15th century to today. Among other topics, science fiction has become one of his fields of research: Since 2013, he has been leadingthe Swiss National Science Foundation (SNSF)-project Conditio Extraterrestris that analyzed the inhabited universe as a realm of literary imagination and communcication. Starting July 2019, he will hold a chair for modern German literature at the German department, University of Zurich.