'We Are Witnessing Profound Change'

Kevin Rudd on Understanding How China Sees the World

Xi Jinping’s worldview in ten concentric circles. Understanding how China sees the world is not just an idle academic reflection. What is unfolding underneath our feet is profound change. Xi has changed China and broke with the path of evolving continuity of his predecessors. He has taken Chinese politics and economics to the left, and nationalism and foreign policy to the right. It is vital to understand Xi’s worldview, to be able to respond to it. His ten priorities are:

Xi inserted Marxism-Leninism back into China’s economy. It is surprising how Xi Jinping has profoundly changed the economic growth model of China. Why would you change a model that for forty years delivered double-digit growth? A model which increased opportunities for the private sector, decreased the role of state planning and expanded economic integration with the rest of the world. Now, expected growth is in the low single digits.

The reason for the change is Xi Jinping and his strong Marxist-Leninist politics. The previous model created a whole bunch of new elites — people like Jack Ma. Xi sees these guys as ultimately being a challenge to the rule of the Communist Party, so he reigned them in by, for example, forcing mergers between successful private companies and weak state firms.

China wants to become indispensable to us all. Beijing’s grand strategy is to ensure that our economic, corporate, and individual wellbeing depends on access to the Chinese market. Up until 2017, there was a reasonably effective strategy in place to reach that goal, which included the Belt and Road Initiative and the 16+1 grouping tying Central and Eastern European countries to China. These developments were all making China an increasingly indispensable power on trade and capital markets.

Things went wrong because of classic overreach, which is Xi Jinping’s core failure. He has gone too far, too fast, too early, by adopting coercive economic diplomacy and direct wolf warrior diplomacy as tools to get countries to comply to China’s wishes. This has not advanced China’s interest.

The five parts of an effective China strategy if you’re not a superpower. These criteria make for a good way to manage the complex relationship with China:

For an example of how these criteria work in practice, look at Japan. It has managed its relationship with China through its own robust principles. The economic relationship between the two nations is still strong, even though Japan hasn’t taken steps back on its human rights principles or its alliance with the U.S. and is constantly building partnerships with others—most recently in the Quad—to effectively deal with China.

Don’t feel too flattered if China calls you special. Switzerland may think it has a special relationship with China, but Beijing says that to every country, except the U.S.

China has deep respect for Switzerland as an incredibly successful country. But the simple truth is: when China thinks about Europe, it thinks about Germany. The German view of how to engage China is scrutinized intimately in Beijing.

The war in Ukraine does not change things regarding Taiwan. Russia’s underwhelming performance in Ukraine, although we must suspend judgement until we know what will happen in Donbas, does not change China’s timetable for reunification with Taiwan at all.

Xi Jinping wants this to happen in the late 2020s, early 2030s. Until then, China is preparing itself by building a strong, decisive military force and a more dominant, resilient economy. If anything, China would tell Russia it should’ve better prepared itself before invading Ukraine. Better preparing itself is exactly what China is doing now.

Kevin Rudd is President and CEO of the Asia Society, and inaugural President of the Asia Society Policy Institute. He served as 26th Prime Minister of Australia (2007 to 2010, 2013) and as Foreign Minister (2010 to 2012). He is Chair of the Board of the International Peace Institute in New York, and Chair of Sanitation and Water for All – a global partnership of government and non-governmental organizations dedicated to the implementation of Sustainable Development Goal 6. He is a Distinguished Fellow at Chatham House and the Paulson Institute, and a Distinguished Statesman with the Center for Strategic and International Studies. He is also a member of the Comprehensive Nuclear Test Ban Treaty Organization’s Group of Eminent Persons.

This event was organised in collaboration with Credit Suisse. 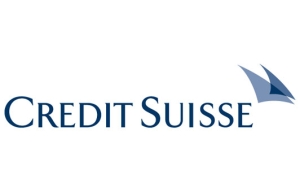