'Travelling in China Feels Like Transferring Between Different Ages' 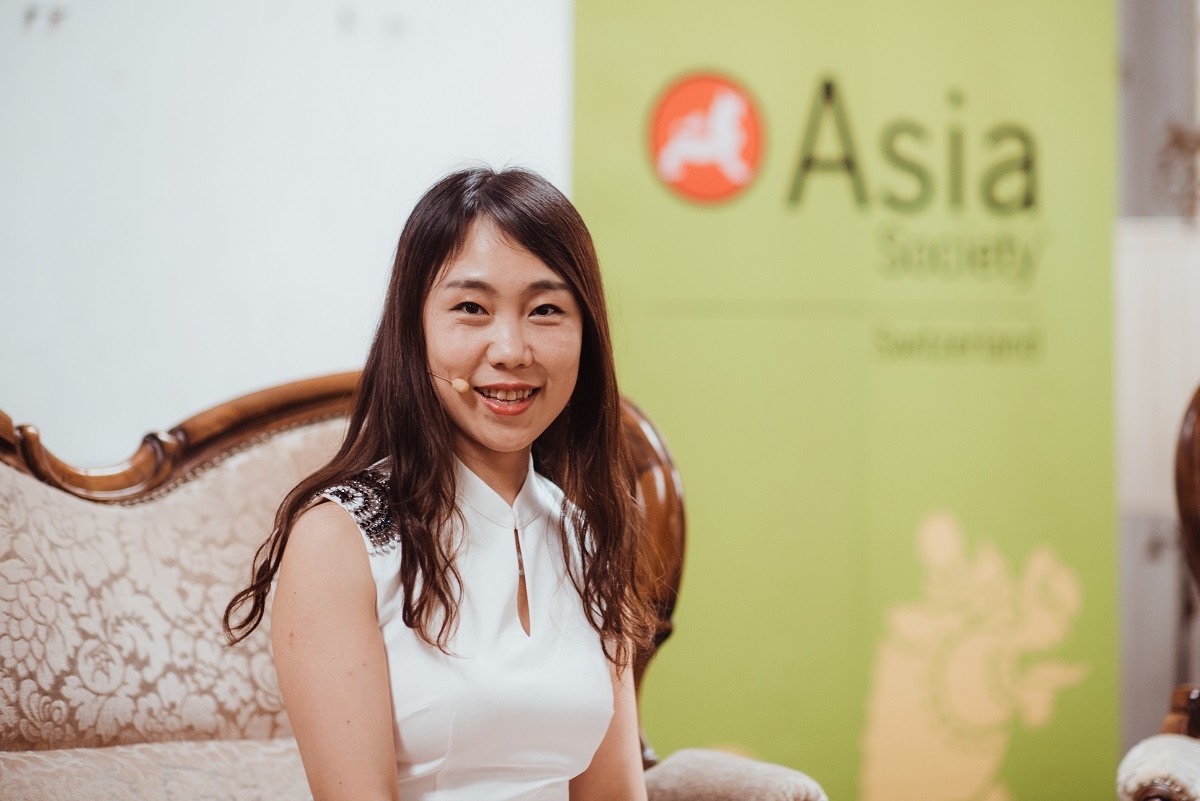 On June 18, we welcomed Hao Jingfang, Chinese science fiction author, at an event in Zurich. Jingfang graduated in physics and obtained her PhD in economics at Tsinghua University in 2013. Since, she has been working with the China Development Research Foundation (CDRF) as well as writing science fiction. Behind the scenes, we had the chance to talk to Jingfang about today's China, her fascination with science fiction, and social entrepreneurship.

Désirée Meili: What is your relationship with science fiction? And how did you come to choose this genre?

Hao Jingfang: To me, science fiction is mostly a mental experiment. If you write in a different genre, you have to respect all the details of reality – the social relationships, the social mechanisms, the economic environment and so on. Therefore, it is not very easy to discuss a philosophical problem or even abstract concepts. In science fiction you can create your own world, you can create societies with different mechanisms and rules. You can even create different planets with different physical and social conditions. It allows you to discuss issues and abstract problems with greater freedom. And it is a lot of fun to set up a new world and to observe how people react to that new world.

Can you explain in more detail what you mean by greater freedom?

Actually, in physics, when you discuss some phenomena in nature it is always mixed and very complicated. But in a laboratory, you can separate different gases and study the nature of one particular gas instead of looking at air as a whole. In science-fiction, of course I am talking about real issues. In reality it is not easy to discuss one particular problem without relating it to thousands of other issues. In science fiction, I can adjust the parameters of the environment and discuss the same problem in a purified setting.

From what I have read, you are well connected with other authors, such as Liu Cixin. What does the science fiction scene look like in China? How are the dynamics between the authors?

In China there’s a small circle of science-fiction writers where everybody knows everybody. So, we form close relationships and discuss a lot, not only about our writings, but also about physics, social issues, news and new developments in bio science. It is a good atmosphere for us writers to exchange ideas.

Science fiction still has a small following in China. It is not comparable to the romance, love stories or to kung fu stories which still have the largest number of readers. However, there are more and more science fiction readers now, as the educational level of Chinese people is rising and more young people are keen on reading science fiction – an upward trend that started in the 1990s. Liu Cixin played a big role in expanding the science-fiction fan circle in China.

Tell me more about today’s China.

Nowadays, if you just do research on different parts of China you find a huge variety of cultures in different cities and counties as well as in different groups. In government departments the traditional way of working has been preserved, with a lot of files and with a lot of reports to the boss. In new companies and social groups on the other hand you find a lot of modern and creative ways of doing business. The lifestyle of these people changed a lot and they are working very hard to sustain it, ten hours every day.

Furthermore, in some coastal regions you find that there have already been several rounds of technological revolution within that area. Lots of new things are happening and you feel like in a new age. But when you get into some inner region in China – especially those mountain areas – you find that people still kept the lifestyle of maybe a 1000 years ago. People are still using their hands to do agricultural work. Travelling in China feels like transferring between different ages, different countries. You realize how diverse and complicated China is.

You work as Deputy Director of the Research Department of the China Development Research Foundation. During the day you do research on the economy and at night you write science fiction books. How do you switch between those worlds?

Actually, I am very introverted. I am not the kind of person who is eager to communicate my observations and feelings to others. I absorb a lot of things and I have those confusions, those questions, problems, thoughts and ideas in my heart. So, I need some place to let it out. To me, writing is just talking to myself. I need to find out what the real feelings in my heart are, what the real problems are that obsess me. I think and think and think, before I finally sit down to write. The more I feel and see during the daytime, the more things I like to write in the nighttime.

You also engage in social entrepreneurship. You built a company called Tongxing Academy to teach children in rural areas art and science. Please tell me more about Tongxing Academy.

In Chinese tongxing means «we go together». I hope that education is like a journey that we can embark on, adults and children all together. At first, we wanted to translate tongxing as with the «we» prefix like in WePlan, WeAcademy or something similar. Later on, we found that it is too difficult to register the website and these names for businesses because «we» is just such a common word. Thus, we translated the name as Tongxing Academy.

As I have just described, in some poor areas people are still living the same lifestyle as hundreds of years ago. They are far removed from modern technology, the modern business environment and the modern society. When grown up, the children from those areas feel very isolated in this modern world. They feel it is quite difficult to get involved in it and the social gap might further enlarge with the development of technology. With our social enterprise I aim to bring more chances for the children within the mountain areas to get in touch with the outside world.

What kind of programs? How do you enable the kids to close that gap a little bit?

First of all, we send our teachers to those provinces to give the kids science and art courses in their schools which are absent from the curriculum there. The children do not have any books, except for their lecture books and most of those kids don’t have access to internet either. They don’t have any chance to get in touch with science and art and history and these things.

But we also provide support and trainings to the local teachers in the schools and kindergartens in the mountain villages. It is not effective or sustainable if we send our own teachers to those schools, because there are just too many. We developed our own lecture guide, materials and activities which we can give as a package to the local teachers. In addition, we offer them simple trainings online. We enable them to deliver better education to the children.

The third program is the development of our own mobile application – Watch Your Campus. In the app we have cartoon teachers that give lectures to children. At the moment it only consists of simple techniques: the children can answer questions and the system tells them whether their answers are correct or not. Later on, we hope to add some artificial intelligence (AI) techniques which enable the cartoon teachers to respond to the little children’s questions. Also, we plan on distributing the app freely to children in the poor provinces. Considering the widespread use of cell phones – even the grandparents in the mountain areas have one – the children can use these devices to access Watch Your Campus for free.

Do you plan to actively promote the app through the schools and the teachers?

Yes, we hope so. Our business model is built on creative courses and programs that we sell to well-off families for profit. These classes are quite popular among our customers in big cities like Beijing, Shanghai, Shenzhen and cities in other coastal areas. We organize summer and winter camps for these families. The profits made from the camps are used to support our teachers to give free lectures in the mountain villages. We have implemented this model for two years now, and it works.

In terms of writing, what is your next mental experiment?

At the moment I am writing my new novel called The Origin of Human Civilization. I am exploring a question that I obsess over a lot: What does civilization mean? What’s the force that makes humans stand out from the animals? There are still wars and conflict, but it seems that humanity transitioned into a stage of more peaceful, more rational behavior. With my new novel I want to look at the origin of civilization using a science-fiction approach.

Hao Jingfang was born in 1984, graduated in physics and gained her PhD in economics at Tsinghua University in 2013. She has been working since with the China Development Research Foundation (CDRF), where she acts as Deputy Director of Research Department I. For the novelette Folding Beijing Hao was awarded with the Hugo Award in 2016 as the first Chinese woman to win the price considered the Pulitzer for sci-fi. Her novel «Stray Skies» has been published in German last year under the title Wandernde Himmel, the English edition, translated by Ken Liu, is to follow soon. Hao is also the founder of Tongxing Academy, a charity to provide education to poor children in remote mountainous areas. The foundation’s program teaches science, technology, and arts, to provide them with creative skills for the future to come. Read the Recap of our event with Hao Jingfang in Zurich here.