«Too Early to Tell» | Asia Society Skip to main content

«Too Early to Tell» 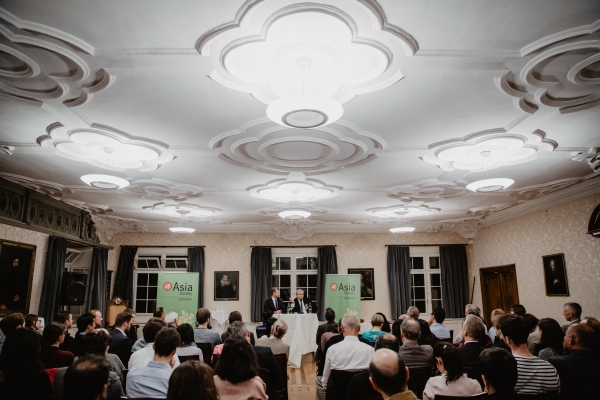 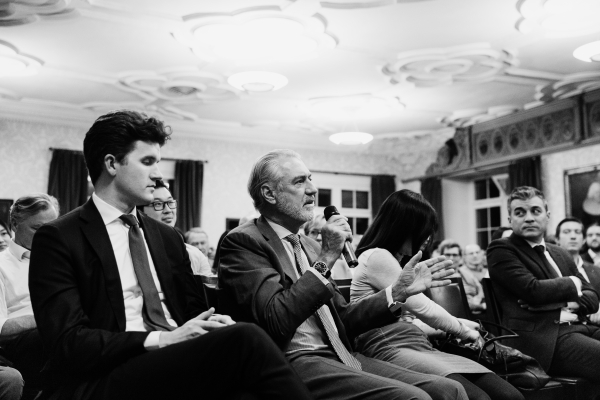 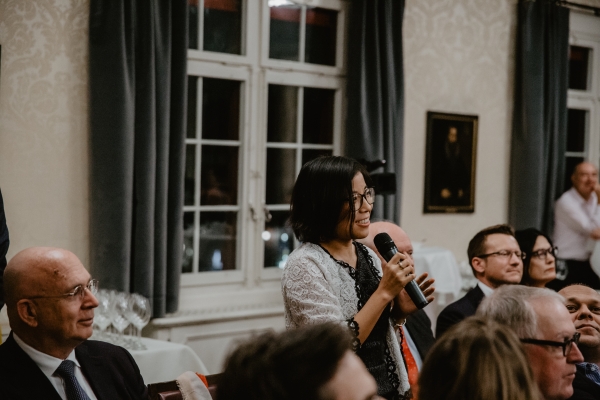 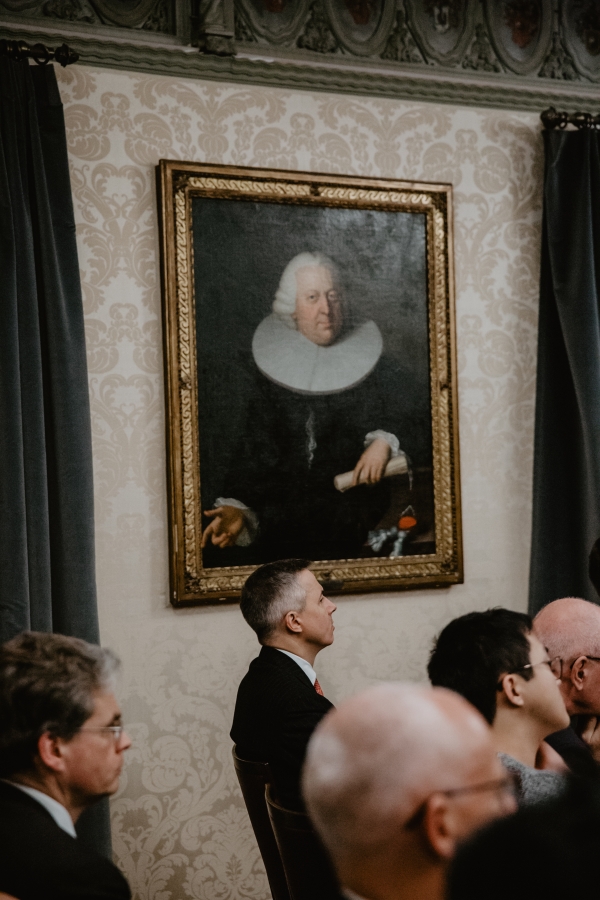 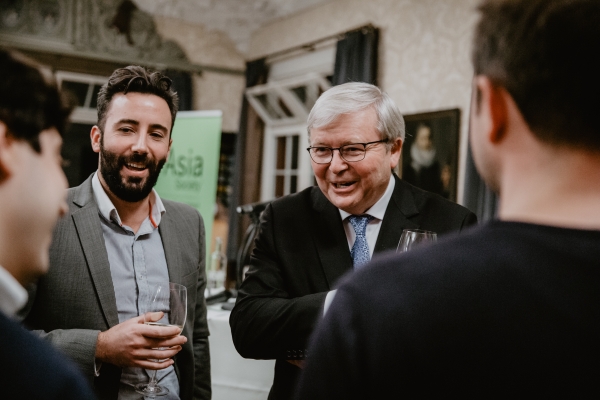 The elephant in the room on the evening of November 14, 2018, was clearly the U.S.-China relations: Are we on the point of entering a «New Cold War»? In conversation with Mark Dittli Kevin Rudd wrote this frequently used terminology off to be inaccurate. He assessed that there is no full war yet, but that the conflict is indisputable. Also, a deal is not very likely to come about as long as the negative attitude towards China is the only thing that everyone in the deeply divided U.S. – from the White House, Republicans and Democrats alike, to business, commerce and human rights advocates – can agree on. Additionally, the U.S. has still a stronger military force at its disposal, which will make it even less likely that it would be up for a deal. Nevertheless, Kevin Rudd added, one of the few things that could actually woo Donald Trump to talk about an end of the tensions would be, if he can put a number on the deficit. For the Chinese side the moving in of the new American President into the White House meant that the thing they loath the most moved in there too: unpredictability.

But the Chinese economy has been struggling even before the current tensions. In August 2015, China had a minor financial melt-down with their own equity market collapsing followed by a run on their financial institutions. Infuriated by his economic regulators, Xi Jinping strongly slowed down the prosecution of the planned market reforms. At the same time, China, because of its interventions and loose credit policy, accumulated a phenomenal debt to GDP ratio (280%). As a counteract measure they begun a deleveraging campaign which in its execution hit private companies particularly hard while state-owned enterprises (SEOs) have been preferred and suffered much less. On top Xi’s very strict anti-corruption campaign is in place for five years now. As private firms have been the engine of economic growth in the last ten years this leads to what Rudd calls the «emerging crisis of business confidence». As for the state the GDP growth rate is officially at 6.5%, but factoring all the above in, Rudd warned, no one can really say what the actual growth currently is.

Chinese politics are still opaque for outsiders, Rudd though finds that criticism has started to make the rounds mildly in China too. While some question politely, if the massive spending on the Belt and Road Initiative (BRI) may be «wise», the recent reminiscing Deng Xiaoping’s words «Hide your strength, bide your time, never take the lead» by his son Deng Pufang, even though indirect, equals quite strong criticism.

The BRI is what excites and bothers countries all around the globe. Whether the recent resistance, such as displayed by the newly elected government in Malaysia, means that the game has changed for China, Rudd is not too sure. He sticks to the answer given by Zhou Enlai questioned about the implications of the French Revolution: «Too early to tell.» As for the way China tries to deal with the EU, interacting with countries individually instead of addressing the Union holistically, Rudd calls it mere «strategic opportunism». An approach that will not change as long as China can get away with it. Also, looking at how China has fashioned a «+1» formula for itself in dealing with organisations such as the EU, ASEAN or Latin America, a change of conduct seems further unlikely – equally in respect to countries hoping for reciprocity in terms of investments emphasizes Rudd.

On the example of Australia, Rudd explained how their Foreign Investment Review Board (FIRB) came about. Being a country with a small population and vast lands, building infrastructure has always been dependent on capital inflows. Historically, foreign direct investment (FDI) came first from the Brits, then the Americans, the Japanese, the South Koreans, and most recently from the Chinese. To prevent unfavourable investments each capital inflow above a certain dollar threshold has to be evaluated and accepted in Australia. If it has a negative effect on the local economy, it falls through and therefore is not allowed like in the case of the Royal Dutch Shell company in 2001 where FIRB decided the takeover of Woodside Petroleum was not in accordance with national interest. More recently Huawei was rejected building a 5G mobile network for national security reasons. Since 1976, there is an act that covers SOE – long before Chinese SOE started to invest in Australia in 2005. All FDI are sifted through one by one and still 85% are being accepted.

In the ranking of who China admires most, Rudd named Germany as the frontrunner because of their strong industry and the impressive build-up and recovery process after World War II, followed by the Swedes and the Swiss. Switzerland manages its global image well, Rudd added, with its brands in the finance sector as well as with their dairy products and chocolate. It would be mistaken to undersell its high competitiveness and success, Rudd advised. A push back in the relevant questions can come from reputational strength, and by actually bringing its assets to the table.

Read our«Behind the Scenes» interview with Kevin Rudd here: A Devotion to Bend the Great Arch of History.

The Honorable Kevin Rudd served as Australia’s 26th Prime Minister and as Foreign Minister. In 2015, Mr. Rudd joined the Asia Society Policy Institute in New York as its inaugural President. He is Chair of the Board of the International Peace Institute, and Chair of Sanitation and Water for All. He is a Distinguished Fellow at Chatham House, a Distinguished Statesman with the Center for Strategic and International Studies and a Distinguished Fellow at the Paulson Institute. He serves on the International Advisory Board of the Schwarzman Scholars program at Tsinghua University, and is an Honorary Professor at Peking University.