«Things Will Never Be the Way They Were»

Melissa Guzy on the Asian working environment, how the FinTech sector is changing, and why gender diversity is better in Asia 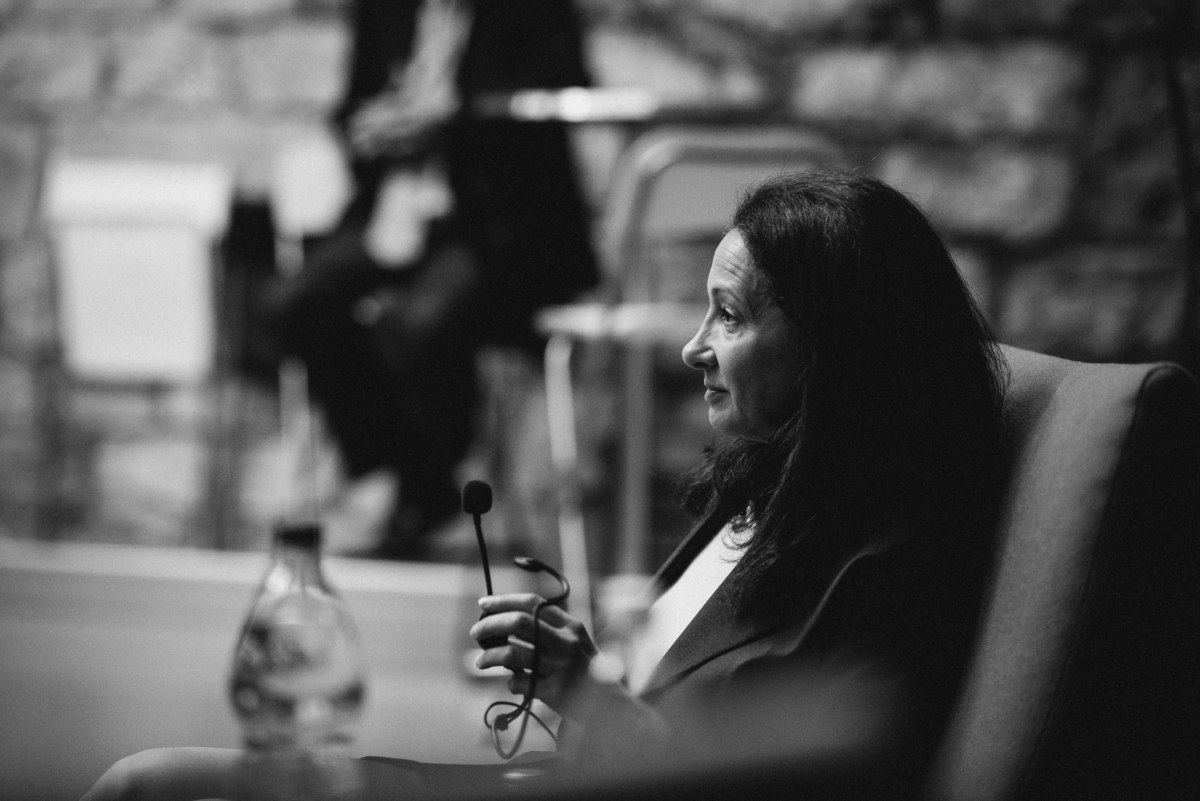 On October 15, we hosted Melissa Guzy – Co-Founder and Managing Partner of one of the largest Fintech venture capital firms in Asia – to talk about the FinTech scene from emerging markets such as Indonesia to financial centers like Tokyo. Before the public event, we had the chance to sit down with Melissa and talk about her career, the main differences in working life between various regions of Asia and how FinTech is changing every day life.

Alexander Heimgartner: You are American, you also studied in the States. Now you are based in Hong Kong, how did you get there?

Melissa Guzy: When I was working at VantagePoint Capital Partners we were in the process of expanding to Asia and I thought it would be fun to come over and start our operations there as well as to build the team. So, I moved to Asia in 2007 and settled in Hong Kong, which is a city that I’ve always loved.
I am American, but I consider myself a global citizen at the same time. Even though my relocation to Asia was business driven, it became an adventure and I really became fascinated by the different cultures across Asia as well as by its history. I also realized that in my lifetime I would never ever see again a region that would undergo such significant change and I wanted to be a part of that.

What has changed since you moved there?

Hong Kong is definitely undergoing change, it’s being integrated into China faster and faster – some think that’s positive, other think it’s negative. For that reason, we have seen an outflow of expats. But change is everywhere – and everywhere it looks and feels different.

You mentioned the cultural differences in Asia. Arbor Ventures also has an office in Tokyo. What are the main differences between the two regions?

They are so different (laughs)! Japan is an interesting place and still the third largest economy in the world, people forget about that. People always think of Japan as a very challenging and conservative place to do business. However, I find Japan to be completely different: It is conservative on the first meeting, but if you look over time the Japanese make wonderful partners. It probably takes the same amount of time to get a deal done in Japan and in China, it just feels slower in Japan, because there is less activity and it is much more incremental and serial. But the people are wonderfully polite, the food is fantastic (laughs) and it is a very structured society and there are some benefits to that in the world of chaos that we live in.

With Arbor Ventures you are also based in Singapore, Tel Aviv, and Shanghai. What connects these places?

I think the theme is a spirit of entrepreneurship in all of these regions and that is why I think entrepreneurship is about being global today.
Doing business is so different in each one of these countries. I think as an American, you have to leave behind your Western perspective and learn to do business in the country you are in, given the protocols and cultural differences. I like to highlight negotiations between Chinese and Israeli companies, they have complete opposite styles of negotiation. One is immediate and the other one is long-game. That is the bridge at Arbor Ventures we try to build for companies and entrepreneurs, helping them to do business across the cultural differences and having them understand what is really being said at the other side of the table. That is the most challenging but also the most interesting part of what we do.

Women in leading business positions are still very much underrepresented, especially in Finance. When you compare Asia and the “West”, which region is performing better in generating diverse working environments?

If you are talking about gender diversity, Asia is better than the U.S. and Europe. Looking at China, one of the positive things that came out of communism is that it is relatively gender free. Women worked. In Asia as a whole, excluding South Korea and Japan, there are also further reasons. Structurally, families are different, it is not uncommon for grandparents to take care of their grandchildren, the family unit is much more supportive, and help is less expensive. A woman can have a child, be married and go to work and yet the household is taken care of. There is more freedom in some regards for women because of the support system that exists. Childcare in the U.S. is very expensive and difficult, which is certainly not the case in Asia. These structural reasons aided the fact that you now have more women CEOs, more women in venture capital, and in leading positions in Asia.

The FinTech industry is a rather flashy and modern scene with a lot of young people, and a focus on diversity. Does this represent a change in the finance industry as a whole?

The technology sector as a whole is dominated by young aspiring entrepreneurs. What can be better than to imagine people coming out of college today and think anything is possible and that they can pursue any dream they want? Instead of going to go work a nine to five job that is not inspiring at all. It is fantastic.
But this culture does not automatically translate into the finance industry as a whole – there is a disconnect. There is still the impression that once the young entrepreneurs will leave their millennial age they’ll come to their senses. But things will never be the way they were.

What is already changing?

Look at me: I am not young, but I have completely adopted technology in financial services. It is the way I want to interact. With lives getting busier and more complex, people want to do things on-demand and they don’t want to be tied to a schedule. For example cash: cash is dead, it is just a matter of time. I have seven or eight currencies in my wallet, why? I want all of this in my digital wallet and as I am travelling between countries I want to be able to exchange it – whenever I want to, frictionless, easy, and on-demand.
I think if banks don’t innovate, they will be replaced. It will take a long period of time, though, because they are protected by the regulators, but regulation will change and catch up with the innovation. But banks often do it to themselves by not being customer friendly, I don’t feel sorry for them at all. Innovation teams within banks need to start working closely with compliance to innovate around regulations. Because in parts of the world banks will be reimagined and redesigned. WeChat today is a bank, they do almost everything a bank does – lending, payments, even insurance.

Melissa Guzy is the Co-Founder and Managing Partner of Arbor Ventures and has more than 25 years of experience as an entrepreneur and as a venture investor. With Arbor Ventures, she focuses on investing in FinTech, Big Data and Digital Commerce. Prior to the founding of Arbor, Melissa was the Managing Director, member of the Investment Committee and head of VantagePoint Capital Partners Asia.

Melissa joined us for two roundtables and a public event on October 15, 2018. Read our recap or watch the whole conversation with Melissa Guzy of the public event here: «It Is Just The Way People Do Things»