Manya Koetse on What's on Weibo, Social Media Usage in China and her Future Endeavors. 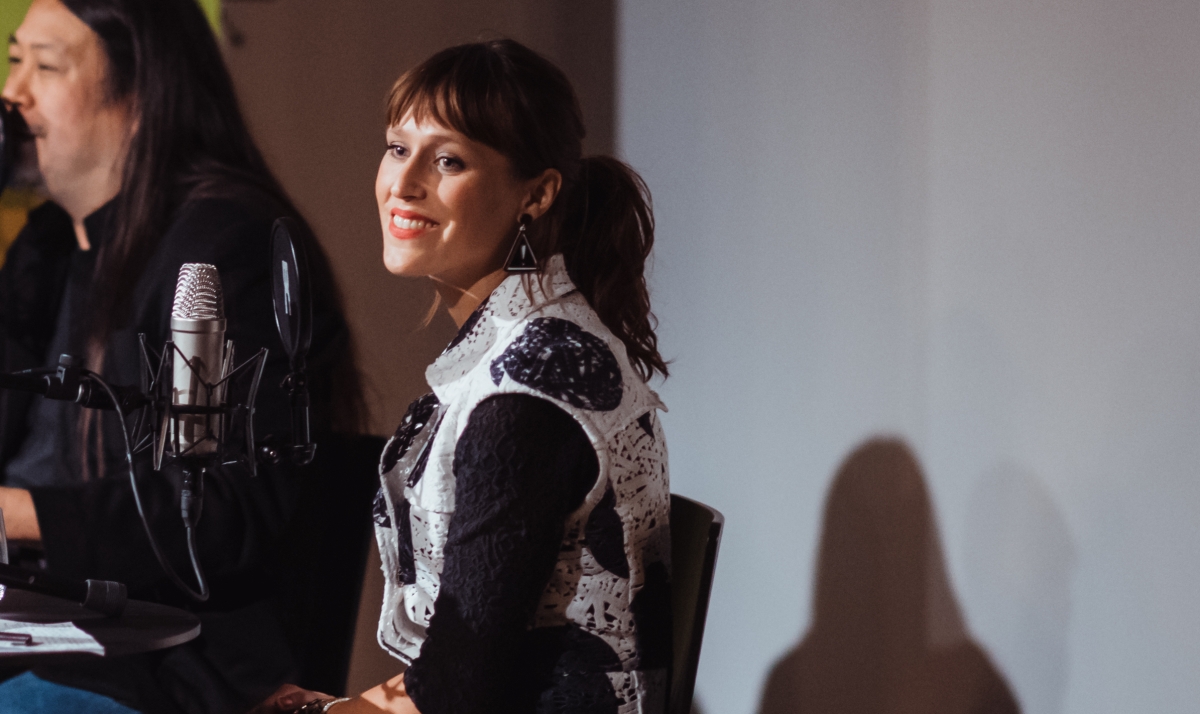 On October 31, we hosted Manya Koetse, founder and editor-in-chief of What's on Weibo, for a Sinica Podcast live recording on the Social Credit System in China. Before the public event, Manya took her time to talk with us about her blog, social media usage in China and her plans for the coming years.

Anna Zwald: You had been writing your PhD at Leiden University about the representation of the Second Sino-Japanese War in popular culture. Then you put it on halt to dedicate all your time to What’s on Weibo. Where did the idea to found What’s on Weibo come from and what differs it from prior existing blogs on China?

Manya Koetse: As part of my studies at Leiden University, I received a scholarship to study at Peking University. Besides instantly feeling at home in China, living there was also really exciting. So much was happening at the same time and things seemed to change constantly. One of the things I liked most, was how easily I was able to pick up on trends. When I returned to Amsterdam, I missed having these insights. Hence, I started to look for a way I could still stay up to date with the societal developments in China, and I found it in social media. For me, social media provides a direct window to China. So, by focusing on digital developments and social media with What’s on Weibo, I stay up to date and in touch with Chinese society. They function as a barometer for society because they signal the issues that are of most interest to people. Behind them often lay bigger societal trends. This is also where I feel my blog differs from the ones that existed prior. I particularly analyze what is happening on Weibo. In doing so, I hope to dive deeper into the issues that matter to Chinese netizens. So, my motivation and intention are to find the bigger societal movements laying behind trending topics.

You describe yourself as a Social trend watcher and the topics you report on often have their roots on WeChat. What makes WeChat such a valuable source?

WeChat can be compared to a private room where people are talking, and Weibo is the public sphere. In the beginning, people often used to say that WeChat is the Chinese equivalent of WhatsApp, but that is not the case anymore. WeChat is bigger and more inclusive. Most people I know are in approximately twenty different WeChat groups at the same time, whereby every single one is related to a different sphere such as work, the neighborhood, or leisure time activities. Additionally, WeChat also allows users to follow media accounts. So, WeChat is a whole platform by itself. WhatsApp on the other hand, is much more bilateral and private. Therefore, WeChat allows you to not only pick up on hot topics much quicker, but also slightly earlier than Weibo. So, by using WeChat, I can get an alert for widely discussed topics and start following them before they go on Weibo. Usually, a hot topic on WeChat ends up on Weibo within a couple of hours, meaning there is a strong linkage between these two platforms. This makes WeChat such a valuable source to me.

There are two main differences. First, in Europe and in America, people are very individualized when it comes to social media use. Out of privacy concerns or other reasons, people refuse to use certain apps and use equivalents instead. For example, WhatsApp is replaced with Signal or Telegram. This trend creates a very fragmented landscape. In China on the other hand, everyone is using the same apps: WeChat, Weibo and some newcomers. Second, the services provided by the apps used in Europe and China differ as well. In Europe, apps usually have one single purpose, e.g. Instagram for sharing pictures, WhatsApp for texting friends. In China, the apps are crossing many borders. WeChat is a messaging app, a shopping app, a money wallet and more. Hence, apps in China are much more multifunctional.

Would you say that this difference in what kind of service an app is offering, or rather whether an app is multifunctional or has a single purpose, can partially be explained with differing privacy concerns in Europe and China?

Yes, I reckon this plays a role. In general, people in Europe and China are very different when it comes to the management of their social network. In Europe, I feel we group people into certain categories which we like to keep separated. Also, concerns over adding someone from work on Facebook, i.e. allowing them to see personal pictures, is much more common in Europe. Whereas in China, people live by the concept of ‹Guanxi› which guides their connections and relationships. When friends of mine from Beijing had a work-related dinner, they would still ask me to come along and even tell me to bring people as well. In Western culture, I noticed that statements such as: «Sorry, I cannot see you tonight as I am meeting my friend X» are much more frequent.

What would you say is the most common misperception you are confronted with by citizens from Western countries on media consumption in China?

The biggest misconception is that it is often seen as very black and white, meaning the government versus the people. It is often seen as a power field and it is not that one-dimensional at all. There are so many things happening on social media platforms and little of it is connected to this power struggle.

What have you planned for the next couple of years? Will you focus on What’s on Weibo or do you also have intentions to finish your PhD?

Well, first I would love to write a book. That is something I wanted to do since a long time but never came around to it. In order to realize this, I would like to take more contributors on board and turn What’s on Weibo into a bit of a bigger platform. This would give me extra time to write a book. At one point in the future, I do hope to go back to the academic world, but I would change the topic of my PhD to something that relates to social media and the modern media landscape.

Manya Koetse is a China social trend watcher and the editor-in-chief of What’s on Weibo, a website providing social, cultural & historical insights into an ever-changing China, with a focus on online media and digital developments, popular culture and gender issues. She also works as a consultant, researcher, and public speaker on (consumer) behavior, social trends, digital developments & new media in China.