Dr. Rogier Creemers of Leiden University on the political rationale behind the Social Credit System 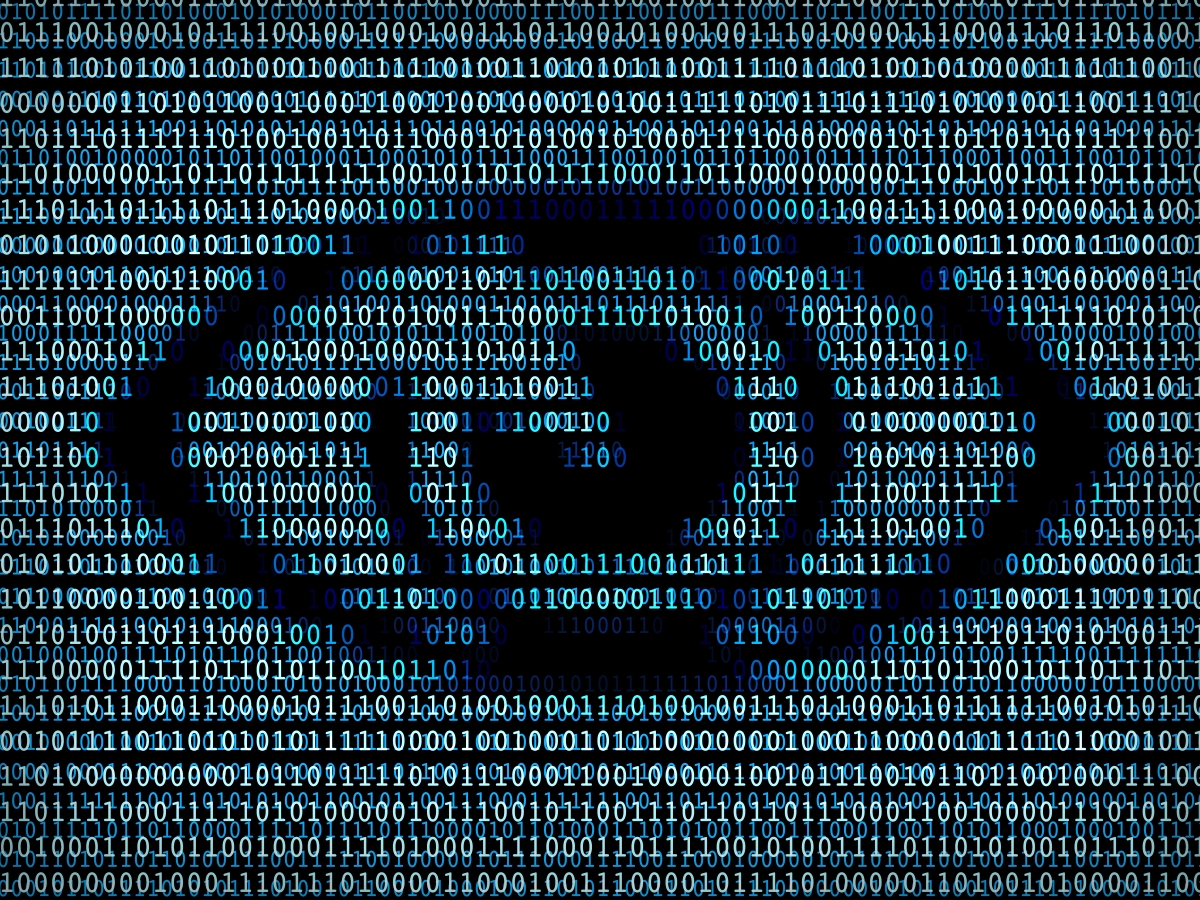 Transparent citizens, police state, totalitarian rule: The catchphrases used to describe the Social Credit System (SCS) are oftentimes lurid. China has announced to introduce a rating system by 2020, which measures and expresses the social behaviour of citizens and companies. Is the system the Orwellian nightmare that Western media often depicts it as, or is the story more complicated? In Asia Society Switzerland’s summer series, we try to shed some light on what the SCS really is, and how it works. In this week’s episode we talk to Dr. Rogier Creemers, researcher in the law and governance of China at Leiden University, with degrees in Sinology and International Relations as well as a doctorate in Law.

Have you missed our earlier interviews or want to read the final one? Find them here.

Nico Luchsinger: In two or three simple sentences: What exactly is the Social Credit System?

Rogier Creemers: In essence, it’s an ecosystem of mechanisms designed to generate trust in society.

What, in your view, is the rationale behind the SCS? Which problems does it solve?

When the idea first originated, around the turn of the century, it all had to do with China’s ongoing transition to a market economy. That created problems: People cheated, and there was little regulation or enforcement to stop them. You could get away with selling tainted products, or not paying back loans, etc. China needed a system to create trust for the market to work. The Chinese word 信用 (xìnyòng) means «trustwhorthiness» as much as it means «credit».
The second aspect was the financial element of credit: The Chinese banking system was just not set up to do consumer lending, or lending to small businesses and entrepreneurs. There needed to be a system to assess their creditworthiness.
However, by 2014, the rationale behind the SCS had significantly widened: It is now about “sincerity” in society, not just in the marketplace, and wants to address also how individuals interact with the state, as well as with each other.

Where did that shift in rationale originate?

In China, morality and governance have always been closely connected. The SCS merely adapts this paternalism for the 21st century market economy. Further, there is a notion that China right now is in a moral crisis which urgently needs to be addressed. In that way, the SCS is similar to President Xi’s anti-corruption campaign, which is designed to regain the population’s trust into local government.

How does the SCS actually work?

There are actually many different systems that work differently, and often are not connected.
On the national level, the government runs about a dozen blacklists for individuals and companies. The most well-known is the so-called non-compliance list, which lists people who have failed to comply with a court order. Being on the blacklist has vast consequences: You can’t travel by plane anymore, can’t become an officer of a company, etc. But for most of the other blacklists, the sanctions are much more limited.
On the local level, some cities, like Rongcheng, are experimenting with a scoring system – but those systems are still quite basic.
Finally, there are private credit scores, with Alibaba’s Sesame Credit being the most widely used.
It’s important to understand that the government-run schemes are all fairly basic: They are based only on official data; they are binary – you are either on the list or you’re not; and the decision if someone is added is not automated, but manual.
Systems like Sesame are much more sophisticated. It originated because Alibaba, too, had a trust problem in their marketplace when they started. Contrary to the West, there were no credit card companies who could do due diligence of buyers and sellers. Sesame emerged as a mix of creditworthiness assessment and loyalty scheme: The more you do on the platform, the higher your score is. Sesame and systems like it are completely voluntary, and they’re not punitive: You get rewarded for a high score, but not punished for a low score.
As far as we know, there is limited exchange between the government and private schemes. Sesame Credit uses the information from some blacklists, which are public: If you are on a blacklist, you can’t e.g. buy luxury goods on Tmall anymore. But there seems to be no wholesale data exchange from private companies to the government. In fact, the government had considered to outsource credit scoring to private companies but decided there were too many conflicts of interest.

The concept of “blacklists” is not entirely foreign to us here in the West. Several countries have lists tracking soccer hooligans, or Islamic extremists. How are the Chinese systems different?

First, it’s a matter of degree: The Chinese blacklists are quickly becoming much more widespread than comparable tools in the West.
Second, Western law stipulates that punishment has to be proportional: If you are a known soccer hooligan, you may be banned from entering a soccer stadium, but you can still board a plane. The Chinese systems increasingly employ “disproportional sanctions” – failure to comply with the law in one area leads to restrictions everywhere. This has to do with the idea of morality in government, but also because proportional sanctions haven’t been effective. The government is simply trying to turn up the heat.

A recent study found that support for SCS in China is quite high. Why do you think that is?

The SCS is being portrayed as a system that will solve a lot of problems that people in China face every day. Right now, they are just more concerned with being able to buy safe milk for their children than with their right to privacy being violated. The core message is: If you have done nothing wrong, you have nothing to worry about! Additionally, many Chinese have more faith in the national government than in their local government – and SCS is seen as a way to bypass local corruption.
While no one in China really questions that there should be an SCS, there is some debate as to how it should look like. Many academics and lawyers I’ve spoken to are wary of disproportional sanctions or quantitative scoring.

As you argue in your paper, Western media often portray the SCS as an Orwellian surveillance tool and miss many of the nuances that you outline. Why?

It’s a very complex subject that’s hard to grasp. And a lot of writing is just based on second- or third-hand information – though that’s not to say that some of those fears aren’t warranted! But I feel that a lot of writing about the SCS isn’t about the SCS, it’s about us: It’s a way for us to reflect on the fact that our economic and political systems in the West are not as stable as we thought they were, and that technology isn’t our savior, but often a destabilizing force.

The Chinese government set a deadline for SCS to be implemented by 2020. What do you think will happen in the next few years?

I think that deadline usually gets misinterpreted: This is just about seeing some preliminary results. The SCS ecosystem will not look much different by then.
We will certainly see trials to use AI to get better information, and there are already efforts underway to collate information between different blacklists. There might also be increasing integration between the national government and private companies in an effort to bypass local government.
However, it’s important to note that the Chinese government has a great track record of screwing up complex IT projects. And even if the systems become more integrated and widespread, there’s no way of knowing yet if they actually are able to address the systemic issues they were designed to resolve. 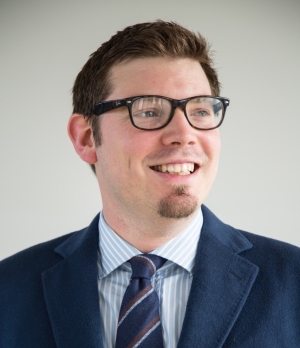 Dr. Rogier Creemers is a researcher in the law and governance of China at Leiden University. He holds degrees in Sinology and International Relations, and a doctorate in Law. His major research interests are the Chinese government’s approach to governance and technology, as well as China’s participation in global cyber affairs. He has received a Vidi grant from the Netherlands Organisation for Scientific Research for a project on the Chinese smart state. His work has been published in, amongst others, the China Journal and the Journal of Contemporary China. He is also a co-founder of DigiChina, an initiative based at New America to provide greater insight in China’s digital policies.