'The Only Outcome I Can See Is Worse and Worse Violence'

Jamil Anderlini about living in Hong Kong as a journalist during the protests in 2019. 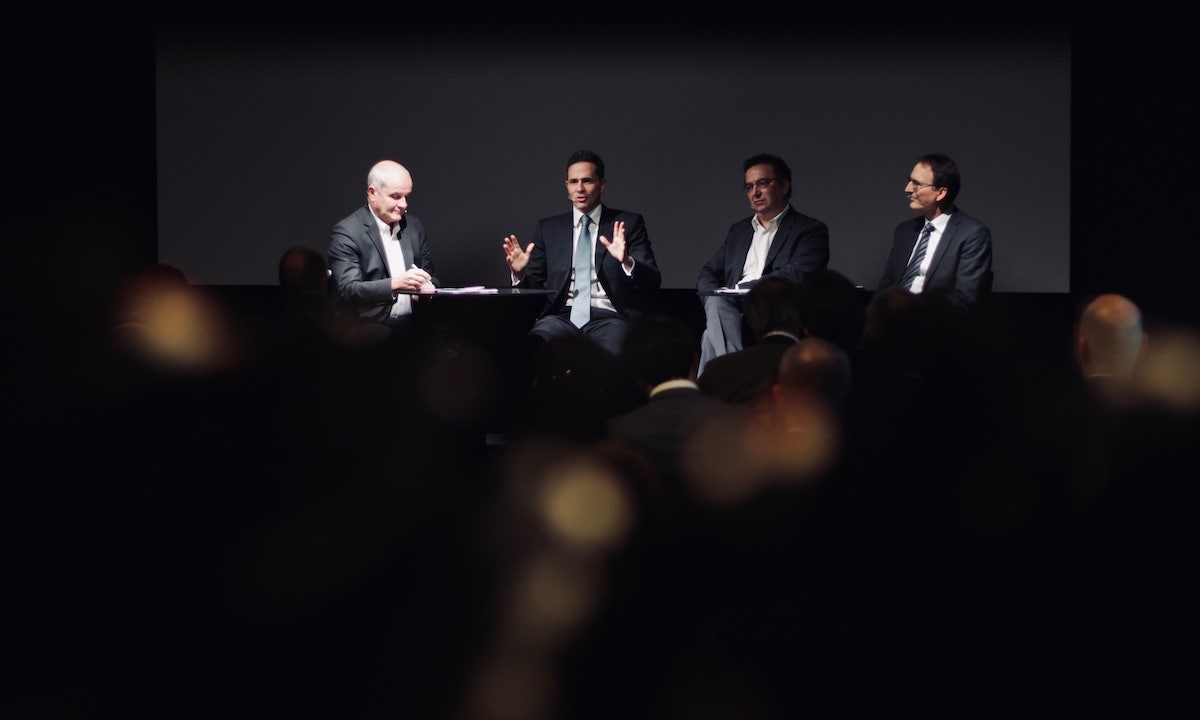 Rebecca Farner: Jamil, you say you have spent your whole adult life in China: 16 years in mainland China and since 2016 you live in Hong Kong and continued to work as a journalist for the Financial Times. How did you perceive the political mood when you moved to Hong Kong?

Jamil Anderlini: It was Christmas Eve 2015 when I moved to Hong Kong, so about one year after the Umbrella Movement. The movement’s leaders were in the process of being prosecuted and you could see restrictions on Hong Kong's freedoms forming, but this was happening quite slowly. The general atmosphere was that the Umbrella Movement was the last gasp of political awareness and that people would just put their heads down after it. Everyone was completely wrong obviously – astonishingly wrong.

This time around you were there from the start. What is your take on what sparked today’s protests in June 2019?

One common misconception is that the Extradition Law, which sparked the protests, was Beijing’s idea. But I’m very convinced it was actually an attempt by Hong Kong’s Chief Executive Carrie Lam to relieve pressure from Beijing on her government. She must have believed that the law would satisfy the Chinese government because it would allow them to have people extradited from Hong Kong – and that on the other hand it would create less backlash in Hong Kong then a mainland-style national security law.

Were there any signs that this would provoke such huge protests?

On many sides the Extradition Law has been called a bad idea. Carrie Lam just didn’t listen. While it looks like something Beijing would like, it is actually the Chinese leaders who are most affected by the law. The safest place to put their ill-gotten gains is Hong Kong. The fact that Carrie Lam didn’t think about that, is where I think she was especially naïve. The rumor is that at the very early stages, the people funding the protests were fugitives from the mainland. But it caught everyone by surprise on June 9 when an estimated million Hong Kong people came out against this law. This was a Sunday. By Wednesday, June 12 ­– because Carrie Lam was still going to push the law through ­– people went down to the Legislative Council and surrounded it. I went there myself at about 2:30 in the afternoon to have a look – I was actually filming on my phone when the very first tear gas canister was fired. The police were not prepared. They massively overreacted. Carrie Lam immediately called it a riot and she postponed the bill on the Saturday after this first violent confrontation of police and protesters on Wednesday. She said she wanted to talk to people more before enacting the law. The next day: two million people marched and the protests have just carried on since then. Later on, one of the protesters’ slogans says, "It was you who taught us peaceful protest doesn’t work."

Was there a moment throughout the past few months in that you thought there is an end in sight?

All along I said there is no end to it because neither Carrie Lam nor the protest movement is going to back down. The latter backed down in 2014 and were then prosecuted. They know now Beijing will really punish Hong Kong if they ever come off the streets. Obviously, there are peaks and troughs, but it has been steadily escalating throughout. We are now at a point, where there is a very strong radical core which is growing very fast. This is a political problem but there is just no political solution. The only outcome I can see is worse and worse violence until you end up in an armed insurgency.

You think it will escalate even further?

No chance of a peaceful end?

Of course not. Carrie Lam had an opportunity in August: She needed to withdraw the bill, set up an independent inquiry, declare an amnesty for anyone who has damaged property, revoke her statement that the protests were a riot and impose a curfew. If she had done that, the protests would have stopped. Now nothing except full universal suffrage for Hong Kong could stop the violence. And that is off the table because Beijing will never agree to that. The most dangerous moment will be when the protests look like they are kind of dying out. That’s when the hardcore radical protesters will attack the People’s Liberation Army. When the PLA come in – which they have to once they get attacked, which they will, I promise you – then it’s warfare. This is not going to get better. It’s going to be much worse.

How is it to live in Hong Kong right now?

It’s really hard. I have three kids and a mainland Chinese wife, who is opposed to the protests. The chances of them being attacked is a possibility – by radical protesters and the police. I’ve told my wife not to speak mandarin on the street. I don’t allow my seventeen-year-old son to go out at the weekends or in the evening at all. My children have had to miss quite a bit of school when the government shut them down during the more violent protests. I haven’t had a weekend for six months. My throat is always sore, because I’ve been tear gassed a lot. And I’m watching these horrific images all day every day. It wears you down when you see that sort of brutality over and over and over again, by the police, by the protesters, by everyone.

Will you stay in Hong Kong?

Oh yes, as journalists we’ve got to do this! It’s very important that we tell the story – tell it properly.

Jamil Anderlini is the Asia Editor of the Financial Times, responsible for all coverage out of Asia. He is based in Hong Kong. Previously, he was Beijing Bureau Chief for the FT, Beijing business correspondent for the South China Morning Post for two years and, before that, chief editor of the China Economic Review. Anderlini has won numerous journalism awards. In 2013, he was named a Young Global Leader by the World Economic Forum, and short-listed for both Foreign Reporter of the Year at the Press Awards in the UK and the Orwell Prize, the UK's most prestigious prize for political writing. In 2012, Anderlini wrote the e-book The Bo Xilai Scandal, published by Penguin and the FT.