'On Most Days, I Am More German Than I Am Indian' | Asia Society Skip to main content

'On Most Days, I Am More German Than I Am Indian'

Parag Khanna on his career path, Asians not being afraid of their leaders, and layers of identity 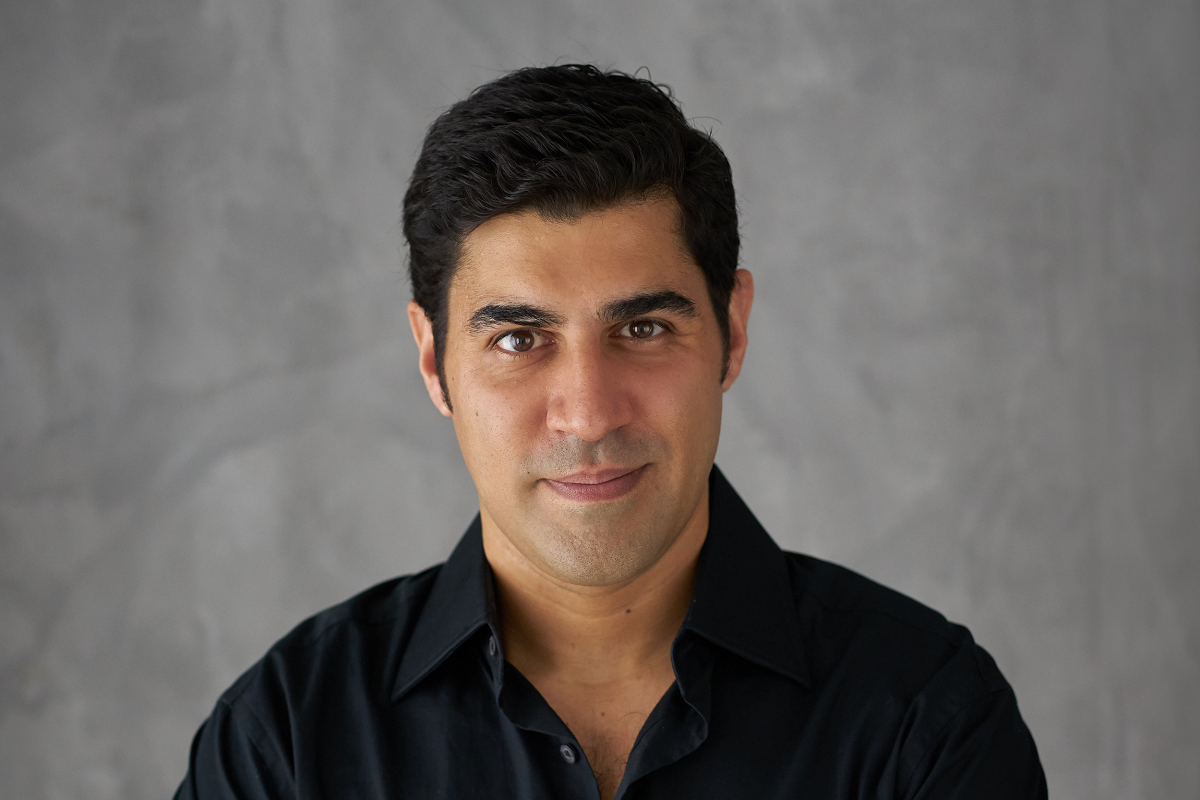 On September 11, Asia Society Switzerland hosted a public event with Parag Khanna in collaboration with Vontobel. Find our recap of the event and watch the video here. Behind the scenes (or better in the taxi on the way to the radio studio) we had the chance to talk about his career path, social movements in Asia, and the different layers of identity.

Désirée Meili: You have worked for many prestigious think tanks and for the U.S. government before starting as an independent advisor. What did your initial career plan look like?

Parag Khanna: As with most young Americans who studied international relations, geopolitics, military strategy, and related issues, I felt that the most important thing is to climb the political ladder and to work in the government. I was an advisor in the U.S. military serving in Iraq and Afghanistan, and worked in prestigious think tanks that study foreign policy such as the Council on Foreign Relations and Brookings Institution. But then I reached a turning point and asked myself: is this really the best use of my time, sitting in the basement of the White House and writing memos that will not get implemented? I decided it was time to come up with my own original proposals and to sell them: not monetarily but intellectually, not just to the American government but to various important stakeholders.

You were supposed to speak at an event with Asia Society in Hong Kong this June. The event was postponed due to the protests and was held on September 2. How did you experience Hong Kong on your recent visit?

What you can see now is how divided the city is: geographically into richer and poorer areas; ethnically or ethnographically between those who come from the mainland and those who are pure Hong Kongers; generationally between the old who want to get on with things and the young who want to fight for their freedom. It is complex – and one can only generalize about political orientation and the tug of war, about Beijing’s strategies to wear down the Hong Kong resistance, about the Hong Kong resistance strategies to dig in its heals, and about Hong Kong’s leadership that is caught in-between and is probably getting sacked and replaced with someone else. Of course, in that case Beijing will try other means to subterfuge and the Hong Kong population will resist in other ways. That is the tug of war, back and forth.

Regarding social movements: What role do they take in Asia in general, and in Hong Kong in particular?

Asia is home to the most diverse societies on planet earth and vibrant civil societies. So, there are lots of social movements. India for example is the world’s capital of civil society. If you would add up the number of registered NGOs in the world, India would house half of them. And there are plenty more: from women’s, LGBTQ or migrant’s rights, anti-corruption, poverty alleviation or democracy movements, Asia had those going back a long time. That is partially why the Philippines transformed in the 1980s. What I point out again and again: Asia is not China and Asia is not authoritarian. More people live in recognized democracies in Asia than in the whole rest of the world. Thus, Asians are not afraid of their leaders – except for North Korea, China and a couple of other countries – they go out to protest and they even put their leaders in jail. That is what just has happened in South Korea, for example. I have a lot of faith in Asian societies’ capacity and confidence to be engaged on all issues, to demand good governance, to throw leaders out and to hold their leaders’ feet to the fire. Quite frankly, we need a lot more of that here too. Here in the west we are so complacent and take our democracies for granted. New democracies on the other hand cherish the rights that they have fought and died for.

Talking of Asians throwing out their leaders, that reminds me of recent developments in Malaysia.

Yes, the democratic, parliamentary, anti-corruption revolution that just took place – it is not really out of the ordinary! Malaysia is a very ethnically diverse country, geographically very well connected to peninsular and maritime Asia and it builds a bridge between the Indian Ocean and the Pacific Ocean worlds. Every governance system in Asia is actually quite different but Malaysia fits into the category of a former British colony, a parliamentary democracy and a very wealthy country by Asian standards. I applaud what’s happened. There is an irony to electing back a former strongman who now is a democrat. But you know what, that is fine. People have the right to reinvent themselves. Mahathir has played the game incredibly well and he will pass on the reigns.

You have lived all over the world and travel all the time. How many times have you reinvented yourself?

This is actually quite funny. Just last week I was doing a lecture in Singapore for a group of Asian journalists and I was introduced by a British person as an "Asian geopolitical scholar". It was extremely strange for me: I usually get introduced as an American – and I am American. But now people start referring to me as Asian – and I am Asian! It is just interesting to see how perceptions differ about either me or my identity based on how long I have been staying somewhere. The truth though is: I haven’t stayed anywhere long enough to genuinely be able to say "that is what I am". So, when someone says I am an Asian thinker, I ask myself: "What the hell is that?" For me, identity is just an accumulation of my experiences. On most days, I am more German than I am Indian – I have lived in Germany way longer than I have ever lived in India and my German is much better than my Hindi. I love India and go there all the time but I am actually more at home in Berlin than New Delhi. For me, identity is cumulative: my Indian life, my American life, my German life, my British life, my Singaporean life. They all add up and enrich my identity, instead of substituting each other.

So, from your first-hand experiences, what are the biggest differences you detect in these layers of identity – within yourself or the places you have been travelling to?

There is a big difference in mentalities. For most Southeast Asian countries the biggest problem is no longer being invaded by China, the Soviet Union or America. The Vietnam Era is over. Their biggest problems are self-inflicted, domestic and their own fault. Everything happening in Malaysia is Malaysia’s fault. When Vietnam’s growth slows down because of its corruption, it’s Vietnam’s fault. Everything that is wrong in India today, is India’s fault. And believe me that psychology matters. I spent 20 years travelling non-stop to all sorts of post-colonial countries. To me, they fit into just two categories: those that have grown up blaming colonialism, and those that have woken up and stopped blaming colonialism. That’s it. That is the single biggest psychological divide on earth. It is not about pro- or anti-communism, we’re all capitalists! It is not about pro-China or against it, against America or for it, because everyone is playing all sides. The divide is: Have you woken up and taken responsibility or do you blame others?

And by the way, THAT divide by now applies to America and Europe too. The west blames outsiders for their problems, despite knowing that their problems are utterly self-created. Asian countries’ leaders know the box stops with them. If you are an authoritarian regime or elected strongman, by definition who else are you going to blame? You said you’re in charge, thus you cannot blame anyone else when you screw up. I love the symmetry of the logic; it is fairly airtight.

Parag Khanna is a leading global strategy advisor, world traveller, and best-selling author. He is founder & managing partner of FutureMap, a data and scenario based strategic advisory firm. Parag's newest book is The Future is Asian: Commerce, Conflict & Culture in the 21st Century (2019). In 2008, Parag was named one of Esquire's "75 Most Influential People of the 21st Century" and featured in WIRED magazine's "Smart List". He holds a PhD from the London School of Economics, and Bachelors and Masters degrees from the School of Foreign Service at Georgetown University. He has travelled to more than 100 countries and is a Young Global Leader of the World Economic Forum.