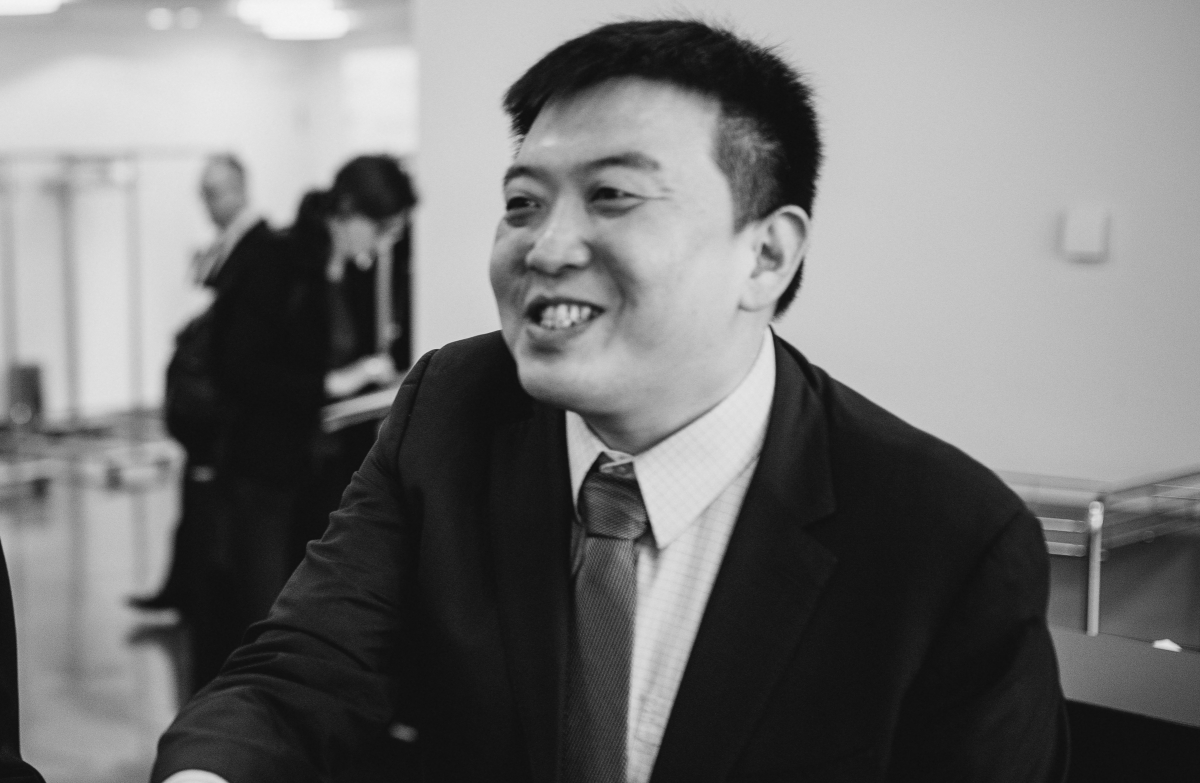 On April 2, we welcomed Zengxin Li, editor and editorial board member of Caixin Media, at the Belt and Road Conference in Zurich. Zengxin joined Caixin, one of China's most respected media outlets in 2010. He specializes in China’s domestic economy and international relations, China’s role in the multilateral institutions and the world economy. After the event in Zurich, we had the chance to talk with him about being a journalist in China and the Belt and Road Initiative (BRI) in the Chinese Media.

Alexander Heimgartner: You have been working as a journalist all your professional life. What did initially draw you towards this profession?

Zengxin Li: Actually this was a little bit of an accident. I was studying economics at University College London and went back to China to work in a consulting firm where I helped Chinese business people to emigrate to Canada. Only after this I started to work as a journalist, as a business editor to be more precise, at China Daily – more of a government newspaper. In 2008, I joined Caijing Magazine, a highly respected business journal that operated very freely, discovered numerous scandals, and challenged regulations as well as laws. The work atmosphere at Caijing was a dream, we could really pursue our work rather than having to obey certain directives. Due to my overseas education I then got sent to Washington, where I worked as the magazine’s U.S. correspondent for two years. Later, Caijing became Caixin and I have been working there to this very day.

When you compare working as a journalist in China with working in the U.S., where do you see the biggest differences?

(Laughs) The information policy is certainly different. It is more difficult to get quotes in China, whereas officials in the U.S. are much better trained in talking to the press and exactly know how much they are allowed to say. But I also have to say that, as a Chinese correspondent, working for a Chinese media outlet, it is hard to get access to the core of Washington, to reach this ‘inner circle’. For a Chinese paper we were treated alright though because Caixin is a known and respected publication, unlike some of the Chinese government journals.

How has reporting in China changed in the last ten years?

There is certainly more competition. Due to new technology, especially social media, everybody is a journalist these days. The good thing about Caixin is that it started as a weekly journal, so from the beginning, we have been focusing on in-depth reporting. We are hardly ever the ones with the breaking news – which is getting harder today with social media –, but provide deeper analyses. So even though competition and alternative media channels grew, Caixin provides a standard of reporting that is inquired by Chinese people.

You have participated as a speaker in our Belt and Road Initiative (BRI) conference. How big an issue is it in Chinese media?

We were rather late in the game and surely did not write enough about the BRI. China has so many different plans and some of them end up on a shelf without ever being implemented. It can be hard for the media to find the relevant ones early on and we definitely underreported the BRI in the beginning, the same goes for other initiatives, such as China 2025.
It was really hard to realize the significance of the BRI when it was introduced in 2013. That year, the focus of the third plenum of the Party Congress was set on SOE and financial reforms as well as industrial policies. The BRI was mentioned only very briefly. Even later, when we were more aware of the initiative, newspapers mostly reported on specific projects with specific companies involved. It was a rather domestic view point that did not embed these individual projects in a larger context.

There are reports that Chinese opinion on the BRI with its vast spending and investing abroad has changed recently with critics demanding that these sums should be spent domestically. How severe is this shift?

In the West, the view on BRI changed dramatically in 2017 and 2018. In China, however, there has been an ongoing debate since the beginning. Of course, there are some critical voices within Chinese society, saying that these financial resources should rather be used within China. But these people on the street often lack deep economic understanding. On the other hand the BRI is also critically debated among the elite and scholars. Their biggest objection is that China supports those rogue, unstable regimes and loses its investments when they are being overthrown. The pundits within China know that the BRI is unstoppable, but they have an issue with some of the contracts.

Is the Chinese government reacting to these critical voices and selecting their investments more carefully?

Yes! In this regard, China is like an 18-year-old boy – it has to get a bloody nose before it learns. Before 2008, Chinese companies did business abroad the same way they did it domestically: by securing influence in the political sphere in order to be able to produce in a stable environment. However, this does not work in unstable countries, you immediately lose all your contacts when a regime change takes place. I think that Chinese scholars have reached a consensus that we need to follow international standards, because this is better for China. These standards were driven by hundreds of years of experience of Western companies. But again, China will only learn when it is confronted with big pushbacks. This does not only apply to the BRI, but also to the highspeed railway system and civil aviation, where we had major accidents before the government reacted and started to regulate. But since the government bodies took action, both areas have been disaster free. With the pushback of BRI projects in Sri Lanka, Pakistan and Malaysia, strategies will be rethought and adapted in the same way.

Zengxin Li is an editor of international business news and an editorial board member of Caixin Media. Zengxin joined Caixin, one of China’s respected media outlets in 2010. He specializes in China’s domestic economy and international relations, China’s role in the multilateral institutions and the world economy. Through the years, he has been deputy editor for international news, editor for macroeconomics and the U.S. bureau chief. Before joining Caixin, he was a macroeconomics reporter and U.S. correspondent with Caijing Magazine from 2008 to 2009. Prior to that, he was an economic editor with the China Daily website. Zengxin graduated with a master’s degree in economics from University College London. Read the Recap of our event with him in Zurich here.