«It Is Not Always Just About High-Level Politics» 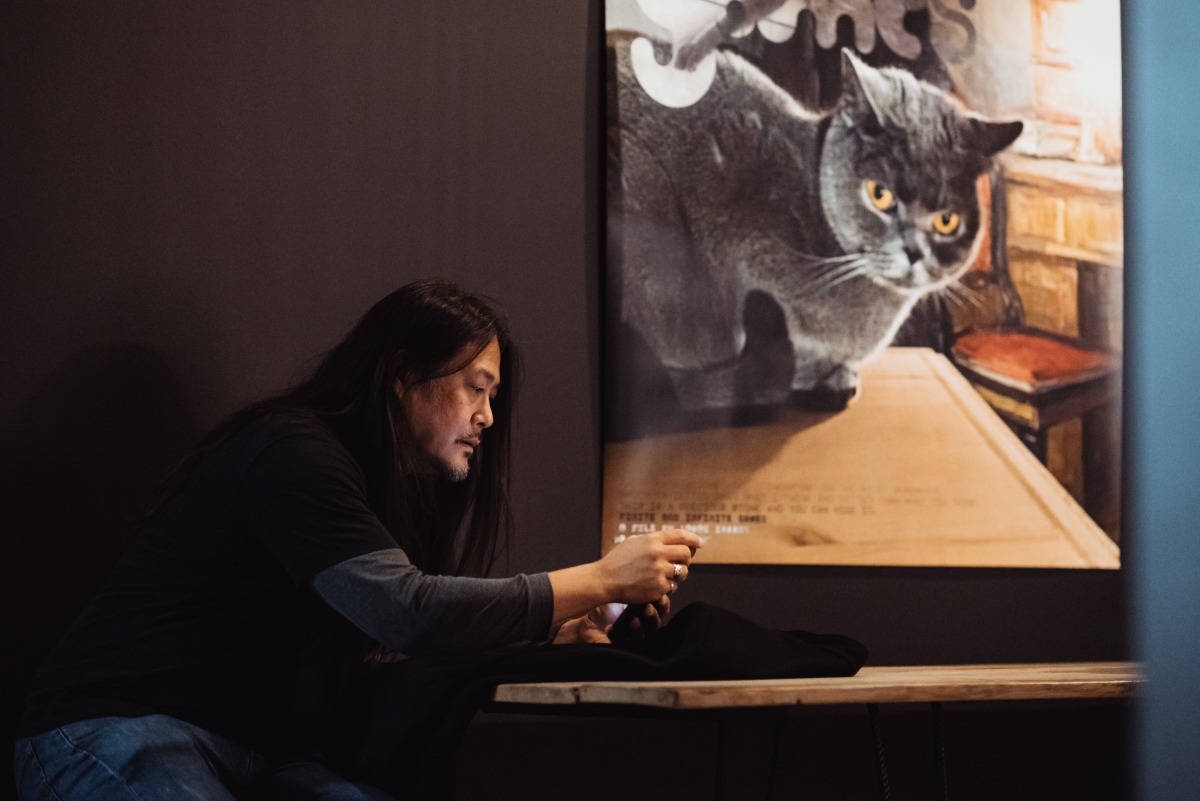 For years, the Sinica podcast has been a great resource for anyone interested in China – be it its history, politics, economics or culture. Co-hosted by Kaiser Kuo and Jeremy Goldkorn, the podcast features hour-long conversations with different guests every week. Recently, Sinica has also been launching a series of other China-related podcasts in its network. On occasion of the live taping of an episode of Sinica in Zurich, we spoke to host Kaiser Kuo.

Nico Luchsinger: When did you decide to launch the Sinica podcast?

Kaiser Kuo: In March 2010, I had a conversation with my friend Jeremy Goldkorn about podcasts, which were having a bit of a revival then. We were both living in Beijing, and we realized that there weren’t any podcasts about China. So we decided to launch one.

In the beginning, it was just Jeremy and myself with some occasional guests talking about the news of the week in China. Gradually, we changed the concept a bit – we wanted to record shows that had a longer shelf life, and that people would go back to months or years later. We expanded our roster of guests beyond just journalists, and invited more economists, academics and authors as well. And we introduce the «recommendations» segment, where guests recommend something – anything – that they recently enjoyed. It makes the guests approachable and shows what they’re interested in beyond China-watching.

What does an ideal Sinica guest bring with him or her?

We like to interview people who have recently published something – be it a book, or an article, or an academic paper. We also have a preference for people in influential positions whose policy views have actual impact and consequences. And we want people with a direct connection to China, people who know the country and can speak the language and are not just casual observers. For someone who’s new to the podcast, I recommend listening to the first part of our interview with diplomat Chas W. Freeman, which gives you a fantastic overview of US-China relations; our conversation with Sidney Rittenberg, who knew Mao and every other leader of the CCP, for his deep understanding and empathy; and our show on Chinese adoptees, which shows that it’s not always just about high-level politics.

How has the reporting on China changed since you started the podcast?

I’m fairly encouraged by how the reporting has developed. There are many more reporters writing about China who actually speak the language. There is also a new generation of China reporters who are not anymore haunted by the experience of 1989 and focus much more on daily lives of ordinary Chinese than on politics.

If someone wanted to learn more about contemporary China, where would you recommend they start?

The documentary movies by Carma Hinton are a great place to start – they are offering the most objective take on contemporary China. «Wealth and Power» by Orville Schell and John Delury is a very good book on China in the 20th century, and Jonathan Spence’s «The Search for Modern China» is also excellent. «China’s Economy» by Arthur Kroeber is very useful too. As for fiction, I am a big fan of the sci-fi trilogy «The Three-Body Problem» by Liu Cixin.

Kaiser Kuo is co-founder of the Sinica Podcast. Kaiser and co-host Jeremy Goldkorn started the Sinica Podcast on April 1, 2010. Since then, they have uploaded nearly 400 episodes covering a wide gamut of topics on China featuring a range of guests from academics and journalists to former diplomats and activists.

Until April 2016, when leaving Beijing after a good 20 years, Kaiser Kuo served as director of International Communications for Baidu, China's leading search engine. A native of Upstate New York born to parents originally from China, Kaiser co-founded the Heavy Metal band Tang Dynasty in 1989 in Beijing – a band that went on to considerable success during the 1990s. Since leaving the band in 1999, he has remained intimately involved in the Chinese tech scene, working as an editor, a tech sector reporter and then as a communications professional.