'I Realized That There’s No Concept More Confusing in Today’s Vocabulary Than 'the Internet'.' | Asia Society Skip to main content

'I Realized That There’s No Concept More Confusing in Today’s Vocabulary Than 'the Internet'.'

Evgeny Morozov on how he first came into contact with the Internet in Belarus, about the fact that there is no single web anymore and his request for a robust and active digital policy 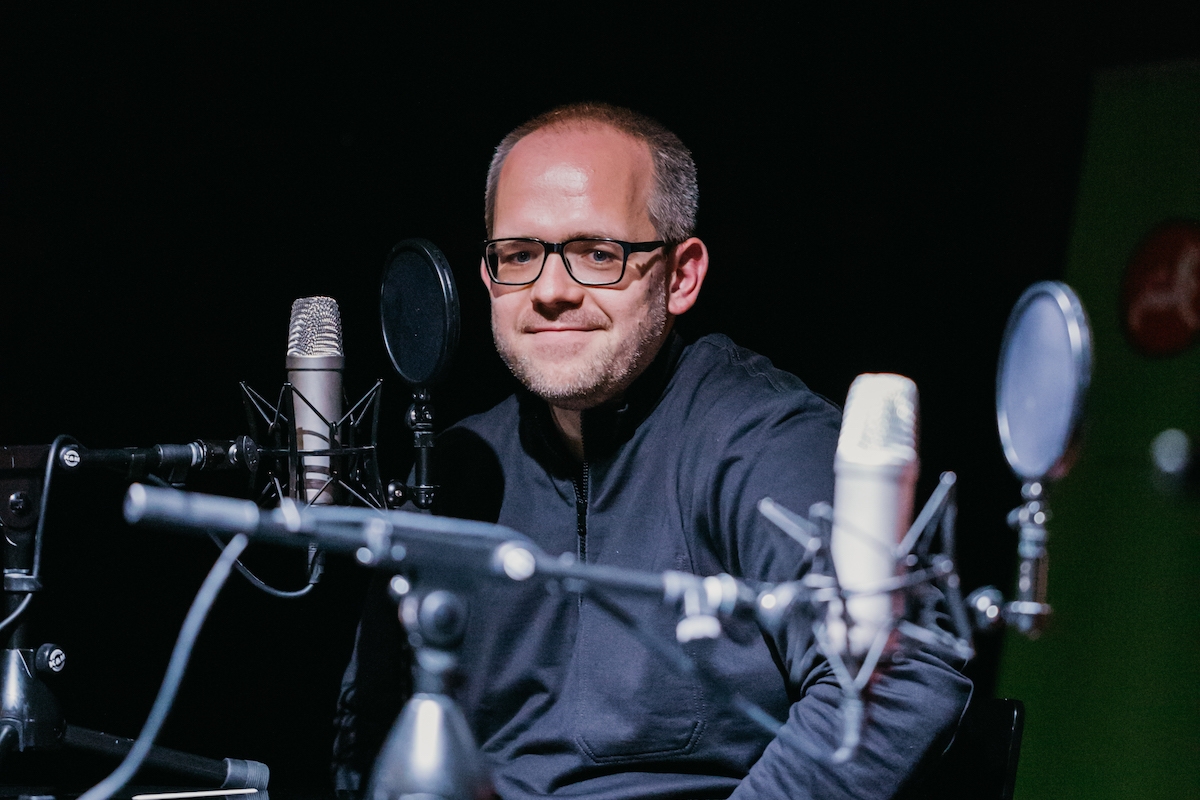 Rebecca Farner: You are not much older than the World Wide Web which turned 30 this year. Do you remember when you first came into contact with the internet?

Evgeny Morozov: It must have been in 1996 or 1997, in Belarus. It was something very basic like email, as the internet was very expensive and only accessible from the post office – one had to book time in advance and it all looked very quaint even if very intriguing. It wasn’t until 1999 or 2000 – in my last years of high-school – that I got internet at home. It was an eye-opening experience, as it allowed to access a lot of content – books, newspapers, etc – which were hard to find in my small Belarusian city.

How and why did your interest in the technology grow?

I don’t think I’ve ever had an interest in technology per se. It has always been about technology in the context of something else – politics, development, democracy. While at university, I was paying close attention to the developments in the U.S. It was the time of the 2004 U.S. presidential election and there was a lot of buzz, at least in America, about the role of blogs (no one talked about social media at the time) in helping with fund-raising and political campaigning. Then, the Orange Revolution in Ukraine took place shortly thereafter. Blogs and text messages were reported to have played a role there as well. So I naturally kept studying this connection between popular mobilization, repression and social media.

Would you say your childhood in the Soviet Union and Belarus influenced your approach towards technology?

To an extent, yes, but not as much as one would suppose. It was my experiences on the ground in Belarus that made me suspicious of the dominant narratives about the emancipatory impact of digital technologies and blogs on the local populations. The stories that foreigners – journalists and intellectuals alike – told about the uses of the blogs in countries like Belarus did not match what those people were actually doing: there was little politics but a lot of entertainment.

You were not always as critical towards the internet and technology as you are today. When did you start to be more concerned?

Well, I wouldn’t say that I’m critical towards technology today either. My criticism, rather, targets how we talk about technology; of that I’m definitely quite critical, as all the politics, economics, and history tends to disappear. My first formative experiences in this sphere were in my first job, in the non-profit sector. I was director of new media for a prominent NGO in Central and Eastern Europe. Our donors and supporters exhibited all the pathologies – of treating technology as an autonomous force – that I later diagnosed in my books and essays.

How did your cyber-scepticism evolve since then?

Well, I realized that there’s no concept more confusing in today’s vocabulary than "the internet". It really packs all sorts of meanings and aspirations about the future and the past. I personally do not even use that term – and it’s possible to write about technology without having to invoke this magical figure (which does a lot of the same work as the notion of the "market"). My natural next move on discovering this was to go and study the history of digital culture, so that I could understand how we came to have the anxieties and aspirations – with regards to the "internet" – that we have now.

Many parts of today’s internet were developed in the context of the U.S. government/military and economy. How did this influence the shape of today’s net?

What hides behind labels such as "the internet" are standards, networks, data sets, algorithms, and so on. Whoever controls them – or sets the rules – gets to profit from the ensuing set-up, not just in terms of faster economic growth but also in terms of military intelligence, etc. There’s no need for conspiratorial thinking here; it’s obvious that no one quite knows what kinds of political or economic opportunities these infrastructures might yield in the future. Right now, for example, it’s all about hoovering in the data, so that more advanced AI systems can be built. The U.S. firms have enjoyed some advantage in this but the Chinese firms are catching up, due, not least, to the sheer size of the Chinese market.

Do you think a World Wide Web designed by Russia or China would look differently?

I think we have to move away from this "imagery" of a singular web being designed by someone. Having a multi-polar set of digital infrastructures would also mean that we can have very different legal rules and norms governing the provision of digital services. Look at Europe’s "right to be forgotten" for example: it protects a set of values that Europeans cherish. Americans, on the other hand, feel ambivalent about them. Now, there’s no need to present China and Russia as the models for the rest of the world to follow. But, everything else being equal, we do want to make sure that countries that do want a stronger protection of certain rights and values can do so. It’s very hard to do when the values and commercial interests of just one country dominate.

In the U.S. Zuckerberg is urged by politicians to increase control in order to minimize fake news. Looking at China people are concerned about censorship or the Social Credit System. You are pleading for a more active role of governments to protect its citizens from the large players like Google, Facebook and co. How do you see this play out?

I wouldn’t say that I promote some kind of a statist agenda, which demands that governments be given full control over digital infrastructures. Rather, I appeal to governments to defend spaces of experimentation and innovation, where citizens and social movements could still engage in a set of behaviors and practices that differ from those promoted by the so-called Big Tech. Alas, I don’t see any other players capable of standing up to the organized power of Big Tech: the governments are very much the only ones capable of taking on such a powerful adversary.

What should change in your opinion?

What we need is a robust and active digital policy. Ideally, of course, it will be deployed with full recognition that human and socio-economic rights matter and must be respected. Such policies should treat technology as something that has a history and a political economy behind it – not as some god-given natural force that cannot be altered but can only be obeyed.

You have a twitter account which you use quite actively. Would you say you use social media differently from non-critical users?

I use Twitter mostly as a one-way channel to promote my talks, articles, activities and so on. I use it to look at what others are posting but I have more sophisticated ways of tracking such conversations, so Twitter really plays a very pragmatic role in my life. In that sense, I don’t think it has much to do with me being critical; plenty of other intellectuals – even those who are very much uncritical – use it this way.

Would you tell us a bit about your new project The Syllabus?

The Syllabus comes out of my frustration with how content gets discovered, indexed, and shared on traditional digital platforms. So much good stuff gets published but is entirely overlooked because of the inner logics of the attention economy. The Syllabus aims at breaking these logics, while also paying particular attention to one segment of the public sphere – academic articles – that probably is of highest-quality but is usually impossible to find or access (unless one is already an academic). So our mission is to find high-quality stuff that is overlooked and make it more visible. We do it for six types of content – from podcasts to books – and for 60 topics, from architecture to China and from automation to food sovereignty.

Evgeny Morozov is an author and columnist for various international media outlets. He published The Net Delusion: The Dark Side of Internet Freedom (2011) and To Save Everything, Click Here: The Folly of Technological Solutionism (2013). In 2010-2012 he was a visiting scholar at Stanford University and a Schwartz fellow at the New America Foundation. Previous to that, Evgeny was a fellow at Georgetown University and in 2008-2009 a fellow at the Open Society Foundations. He has a PhD in History of Science from Harvard University.