The World's Economic Engine is Sputtering 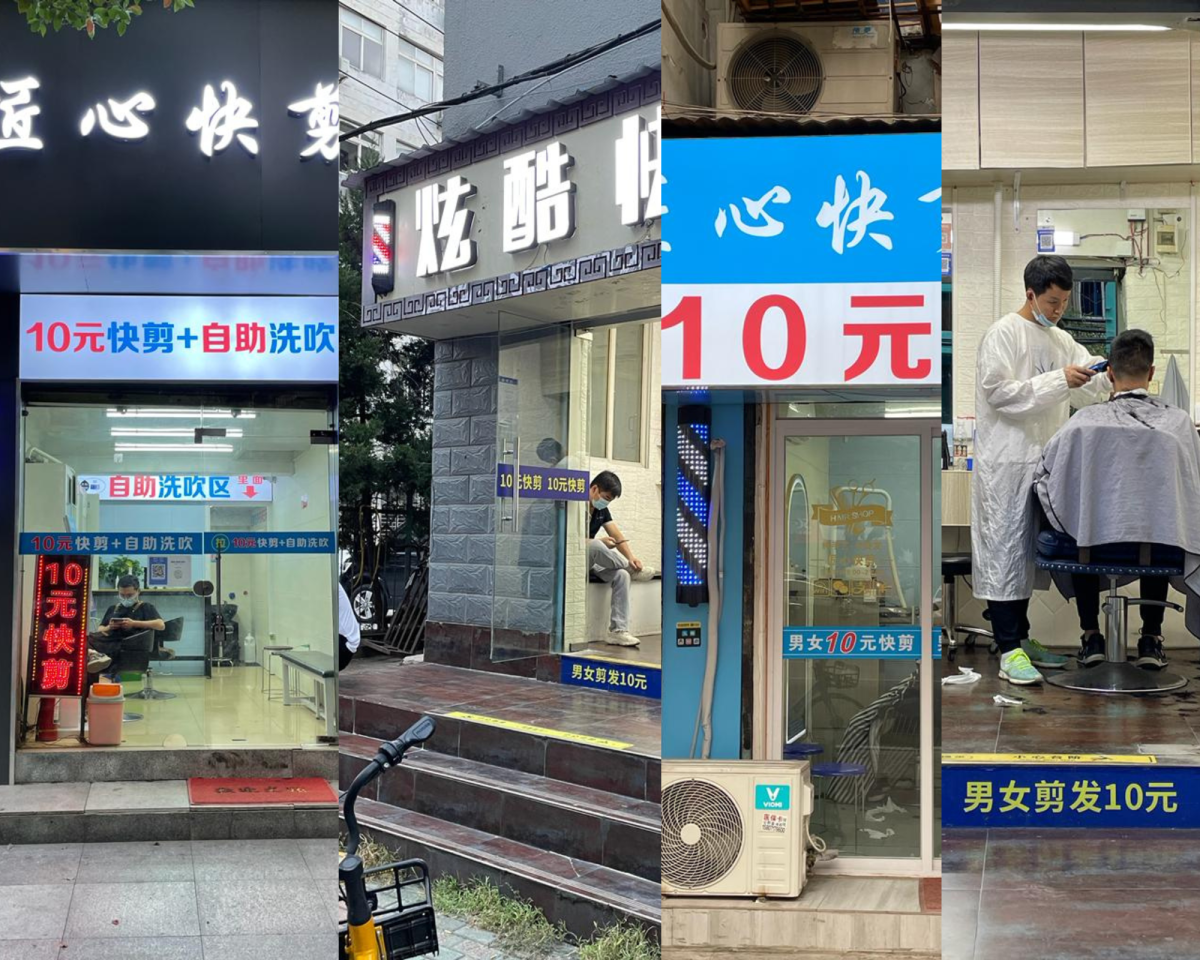 Four of the new barber shops in Wuhan, China, opened by people who lost their jobs in China's economic slump. / Photos: Fons Lamboo

In Wuhan it’s easy to get your hair cut these days, especially if all you’re looking for is a simple buzzcut. New barbershops are popping up all over this city of 12 million. At only CNY 10 (USD 1.40), it’s also dirt cheap to get a trim. This barber explosion is a direct consequence of the dire straits China’s economy finds itself in. Some of the main indicators show their lowest levels in decades. For people in their 30s and 40s, the economic situation is as bad as never before in their lifetimes.

In Wuhan, like all over the country, people find themselves suddenly unemployed, scrambling for odd jobs to scrape a living together. Like cutting hair for next to nothing. The very local indicator of a rise in hairdressers in Wuhan is not the only sign of China’s economic troubles. And when the global engine of economic growth gets a cold, we all sneeze.

This Explainer looks at China’s slowing economy, lists government attempts to adjust to a new era of lower growth, and points to effects this will have outside China’s borders.

China’s economy, long the main engine of global growth, is sputtering as the government reins in what it considers capitalist excesses and aims to rebalance the country’s economy.

The International Monetary Fund has cut its forecast for China’s growth for this year down to 3.2%, the lowest in 40 years. Just released figures put third quarter GDP growth at 3.9%, well below the 5.5% annual target. The IMF sees the slowdown as one of three major threats to the global economy, besides Russia’s invasion of Ukraine and high inflation, adding: ‘the worst is yet to come’. The World Bank estimates China’s economic output this year will lag behind the rest of Asia for the first time since 1990.

Where is it hurting?

Consequences of the real estate collapse are felt everywhere. And now that recession looms globally, there’s no cushioning the blow with strong growth in other sectors.

The real estate crisis coincides with other negative factors to create a perfect storm that has effects all over the economy. Some of these are of Xi Jinping’s own making. Take a deep breath…

EFFECTS OUTSIDE OF CHINA

China’s worst economic performance in decades threatens the global economy, which is already under immense pressure from high energy prices and disrupted supply chains. China accounts for one-fifth of the global economy. Multinationals like Starbucks, Nike, and Hilton have all sounded alarm bells about weak Chinese spending.

WHAT’S CHINA GOING TO DO ABOUT IT?

At the opening of the 20th Party Congress, General-Secretary Xi Jinping called on ‘promoting the spirit of frugality across the entire society’. None of the members of the new Politburo Standing Committee are pro-market economic pragmatists. The economy is Xi's Achilles heel, writes Kevin Rudd. Economic development was the Party’s central objective since Deng Xiaoping became leader in 1982. But, Rudd writes, it is no longer priority number one: ‘With the 2022 Congress report you see language emerging that the national security agenda is at least as, or perhaps more important than the economy.’ Still, the government needs to address the slowing growth. The solution so far? Three words: money, money, money.

Where things go from here is getting a lot harder to grasp. Under Xi’s rule more than half of all economic indicators published by the national and municipal statistics bureaus have been discontinued, while the publication and reliability of vital stats can no longer be taken for granted. This Monday, the 3.9% GDP growth number for the third quarter was released after an unexpected delay. It sits well below Beijing’s annual goal of 5.5% and is a far cry from the double-digit growth that only recently seemed a given.

It’s more proof of the one thing that is not hard to grasp: from IMF and World Bank to multinationals, manufacturers, and the newly minted barbers of Wuhan – everyone is living through the end of China’s economic boom era.