State Fiction: Neutral Only on the Outside | Asia Society Skip to main content

State Fiction: Neutral Only on the Outside 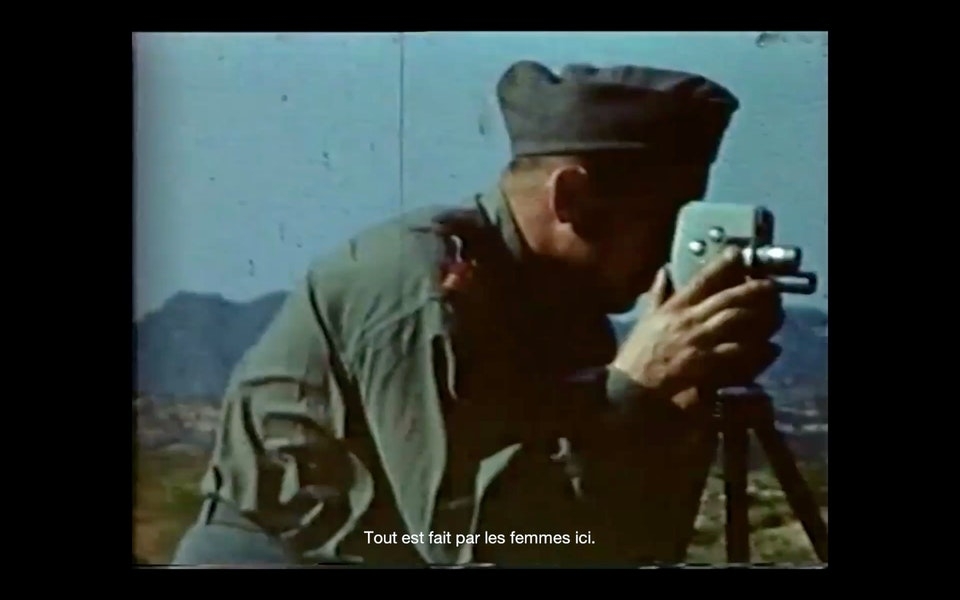 Denise Bertschi, State Fiction. Neutral Only On the Outside, film still, 2021 © Bibliothek am Guisanplatz, Bern

Since 2014, artist and researcher Denise Bertschi has been exploring the Swiss Army’s ‘Korea Collection’. It comprises film recordings and photographs taken by Swiss soldiers and officers stationed at the demilitarized zone between North and South Korea from 1953 on. As part of a neutral UN supervisory commission, the Swiss military was tasked with monitoring the armistice agreement between North and South Korea. Their small ‘Swiss island’ in the middle of a geopolitically conflict-ridden zone and the practices of their image production form the starting point of Bertschi’s critical research. The experimental documentary State Fiction weaves together its narrative entirely from archival material, juxtaposing Super 8 film footage with sound recordings and voiced diary entries.

Through a montage fraught with tension, the myth of Swiss neutrality is deconstructed while the ‘colonial gaze’ becomes palpable in the encounter with the ‘other’.

After the screening, Denise Bertschi and Sophie Junge from the Institute of Art History at the University of Zurich will talk about Bertschi’s artistic practice and address questions around the research with image archives, the complexity of the photographic gaze and the role of image production in the construction of images of ‘self’ and ‘other’. Also present is Ramon Landolt (Zurich), who produced the film music for State Fiction. Moderated by Doris Gassert, Research Curator Fotomuseum Winterthur.

The film is German/French with English subtitles.
The talk will be in German.

Subject to change due to the current situation.

Denise Bertschi is an artist and researcher. She lives and works in Switzerland. She completed her MA in Visual Arts at HEAD-Genève and her BA at ZHdK Zurich. She is currently a doctoral candidate at EPFL Lausanne in collaboration with HEAD–Genève. Her work has been shown in diverse institutions in Switzerland and elsewhere: in the Aargauer Kunsthaus, the Johann Jacobs Museum in Zurich, LACA in Los Angeles, the Museum für Kunst und Gestaltung MKG in Hamburg, RosaBrux in Brussels, Artsonje in Seoul, WITS University in Johannesburg and Corner College in Zurich.

She got awarded with the Manor Kunstpreis in 2020 at the Aargauer Kunsthaus, the "Most Beautiful Swiss Books" award in 2019, a research grand by the GETTY Research Institute in Los Angeles and she was nominated for the Swiss Art Awards in 2019. Together with Dunja Herzog, she was shortlisted for Swiss Pavilion of the 59th Venice Art Biennale.