Art over Lunch in March 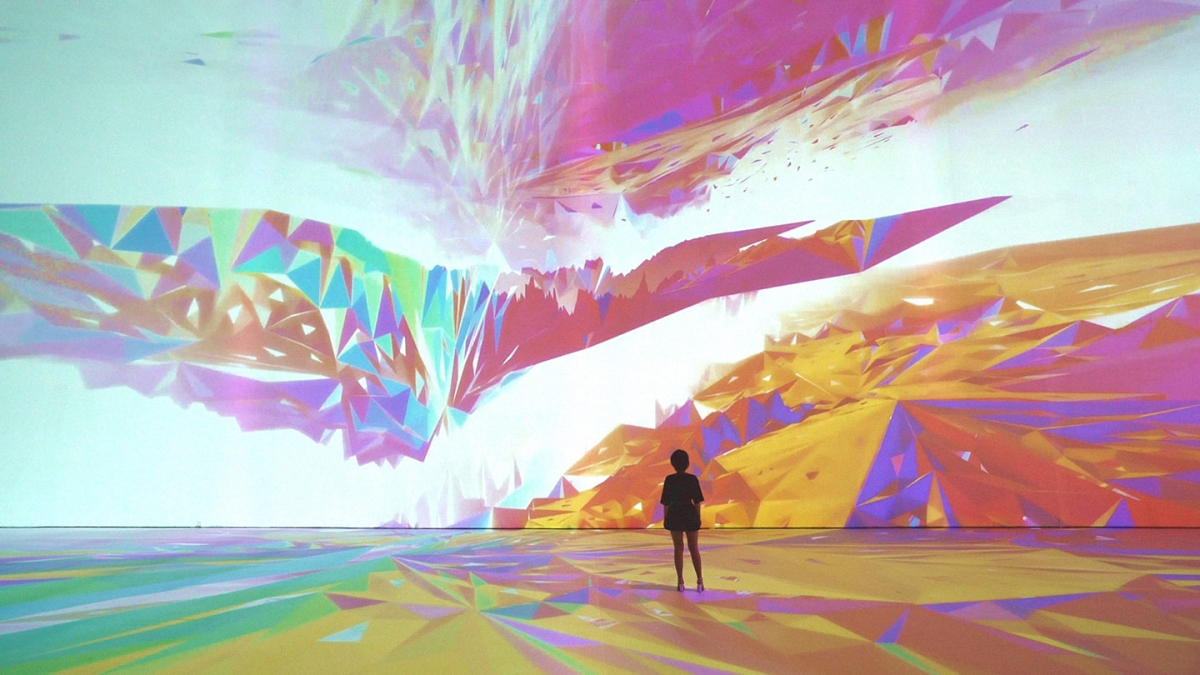 For Art over Lunch in March we will be visiting the Museum of Digital Art and be guided through the works of artist, animator and programmer Raven Kwok. Raven was born as Ruiwen Guo (郭 锐文) in Shanghai in 1989. As a teenager he was exposed to the Flash scene, and looked up to the artistic use of the medium by pioneers such as Yugo Nakamura, also known as Yugop. This inspiration led him to teach himself how to program and create animations in code.

The exhibition will be Raven Kwok's first show in Europe. It will feature six installations, including artworks that have never been presented in an exhibition setting, such as the swinging "Doge Chorus". Next to these interactive installations, Raven Kwok is also tweaking code-generated physical objects that will be included in this unique exhibition.

Raven Kwok, aka Ruiwen Guo (郭 锐文), was born in 1989 in Shanghai. He is a visual artist, animator and programmer. In 2011, he completed his Bachelor in Photography at the Shanghai Institute of Visual Arts. In 2014, Kwok graduated from the Rensselaer Polytechnic Institute in New York with a Masters degree in Electronic Arts. His works have been exhibited at art and film festivals worldwide, including Ars Electronica, FILE, Resonate, FIBER and many more. Picture: © Digital Arts Association

Caroline Hirt, born and raised in Hong Kong, is the co-director of the Museum of Digital Art in Zurich. She graduated in journalism and communication before turning to social sciences, where she specialised in the relationships between users and technologies. After conducting academic research in the fields of health and biomedicine, she worked as a user-centered design consultant in information and communication technologies. In 2016, after a successful online crowdfunding campaign, she founded the Museum of Digital Art (MuDA) together with Christian Etter. Between art, science and technology, the small Swiss institution celebrates the creative potential of code and computer programming, and explores the relationships between data, algorithms and society. Picture: © Digital Arts Association

Art over Lunch is a monthly event series for members of Asia Society Switzerland. Each time, we visit an exhibition or a special part of a collection with artists, curators and experts for 45 minutes followed by a small lunch. The tours are designed to give members a different view on the vast troves at the museums in the city of Zurich and provide an opportunity to mingle and discuss.

Art over Lunch is made possible with the support of Bergos Berenberg.