Oxford Debate: Is the Quad for Real This Time? | Asia Society Skip to main content

Oxford Debate: Is the Quad for Real This Time? 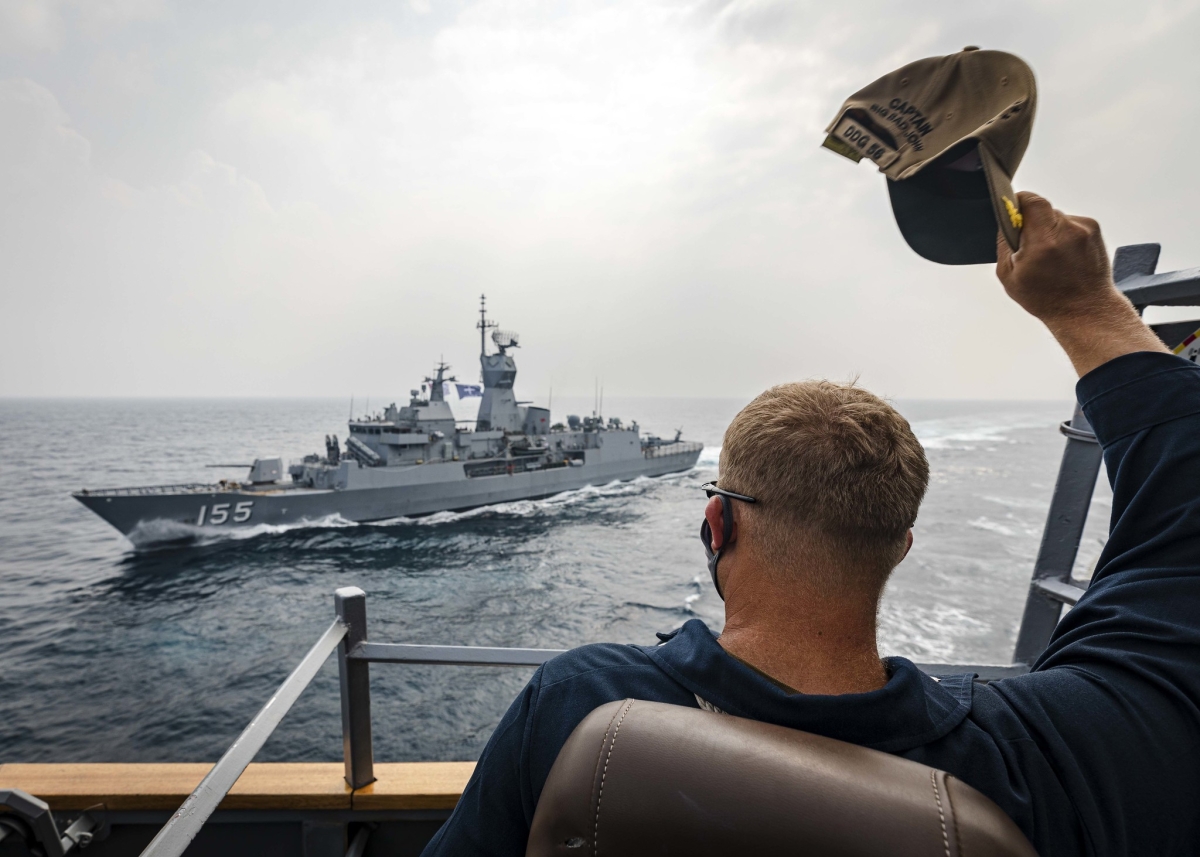 VIDEO OF THE DEBATE

This Oxford Debate was held on May 4, 2021. You can watch the whole debate and read our key takeaways on the recap page.

In 2004, India, Japan, Australia and the U.S. started coordinating as ‘The Tsunami Core group’, successfully providing disaster relief in the Indian Ocean. Since then, the relationship between them as a team of four has been on and off – with an exploratory Quadrilateral Security Dialogue (or short: Quad) meeting and a naval exercise in 2007, followed by an official abandoning of the format and a decade of silence. The appeal of the format though never really faded away and a soft revival in 2017 let some commentators hail the Quad as the ‘free and open Indo-Pacific’, a ‘security diamond of democracies’, an ‘Asian NATO to contain China’.

In March 2021, at U.S. President Biden’s first multilateral summit, the Quad met yet again, for the first time on heads of state level – and without mentioning China once. How committed are the four countries this time to the format? What would a strong alliance between them mean for the security balance in the region – and for China in particular? Will the laid-out plans to build soft power through vaccine diplomacy and to offer support in critical and emerging technologies hold up – and attract even new members? Or will there be just another round of meetings without consequences – neglecting the many complexities, be it for its members, for China, or every other country that is present in the region?

In this Oxford Debate we are debating the potential the Quad might or might not have beyond security and the four founding countries.

China is right to be worried about the Quad.

Arguing in favor of the motion

Cleo Paskal is a lapsed journalist who ended up in geostrategy. Her current affiliations include: Associate Fellow, Chatham House, London, UK; Non-Resident Senior Fellow for the Indo-Pacific, Foundation for Defense of Democracies, Washington, D.C.; Visiting Fellow, Centre d’études et de recherches internationales de l'Université de Montréal (CÉRIUM); International Board of Advisors, Kalinga Institute of Indo-Pacific Studies, India; and International Board of Advisors, Global Counter Terrorism Council, India. She is widely published in the academic and popular press, is a regular media commentator and has briefed government departments in various countries around the world. She is research lead on Chatham House’s project on perceptions of strategic shifts in the Indo-Pacific from the points of view of the US, Japan, India, Oceania, the UK, France and China. She is terrible at karaoke.

Euan Graham is IISS Shangri-La Dialogue Senior Fellow for Asia-Pacific Security. Previously he was executive director of La Trobe Asia, at La Trobe University, in Melbourne. Between 2015 and 2018, he was director of the Lowy Institute’s International Security Programme, in Sydney. Before, he worked as a Senior Fellow with the S. Rajaratnam School of International Studies in Singapore and as a Research Analyst in the Foreign and Commonwealth Office with the UK government for seven years. He has written and commented widely for international media on a range of Asia-Pacific security issues. His expertise ranges from Australia’s strategic policy, maritime strategy and security in the Asia-Pacific region, geopolitics of the Korean Peninsula and Japan, and the South China Sea.

Bruno Maçaes is a Non-Resident Senior Fellow at Renmin University and a Senior Advisor at Flint Global in London. He was the Portuguese European Affairs Minister from 2013-2015, and was decorated by Spain and Romania for his services to government. He received his doctorate in political science from Harvard University, and was a research fellow at the American Enterprise Institute in Washington and Carnegie in Brussels. He has written for the Financial Times, Politico, The Guardian and Foreign Affairs, and appears regularly on CNN, the BBC, Bloomberg, Al-Jazeera and CCTV. He is the author of The Dawn of Eurasia, Belt and Road: A Chinese World Order and most recently, History Has Begun.

Pichamon Yeophantong is an Australian Research Council Fellow and Senior Lecturer in the School of Humanities and Social Sciences, University of New South Wales (Canberra) at the Australian Defence Force Academy. She also convenes UNSW Canberra’s Asia-Pacific Development and Security Research Group, and is a non-resident Senior Research Fellow at the Wong MNC Center. A political scientist and China specialist by training, she has conducted extensive field-based research in the region and is currently leading a multi-year project exploring the security dimensions of Chinese ‘economic influence’ in Southeast Asia. Prior to joining UNSW, Pichamon was a Global Leaders Fellow at the University of Oxford and Princeton University.