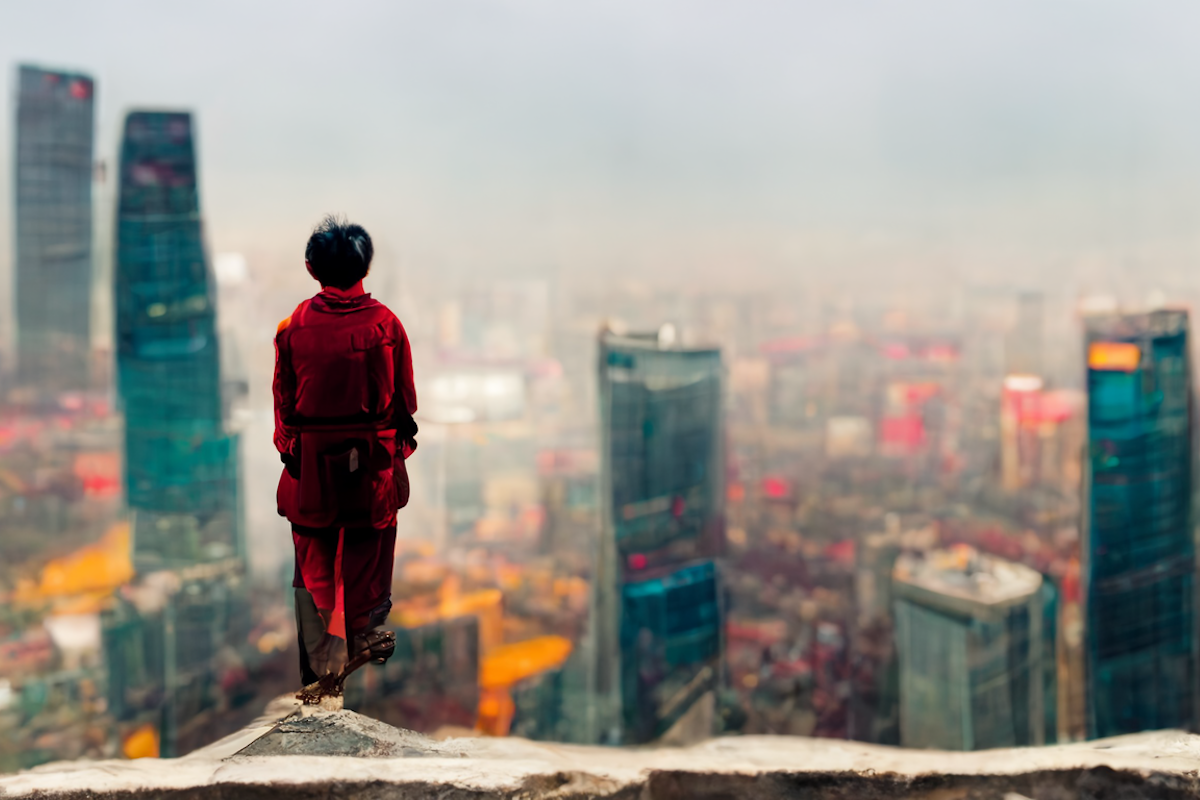 Did you miss this Oxford Debate? Watch it on our recap page and read our key take-aways.

For the first time in more than three decades, China’s economic growth will fall behind the rest of Asia. President Xi Jinping’s zero-covid strategy has affected everything from manufacturing to mobility and consumption in the world’s second-largest economy. The worsening Sino-U.S. relations are furthermore pressuring China’s international trade. At the same time, Xi just secured his third five-year term at the 20th Party Congress, cementing his own political power. His demand for unity, strengthening domestic supply chains and preparation for “danger in peacetime” show his ambitions for China to keep its position as a preeminent global power.

Will Xi’s ambitions make China stronger? Or will his tight grip stir up international and domestic resentments? How are the country’s economic problems affecting its influence in the region? Will China decouple from the global market? And will it keep its position as a world power?

In this Oxford Debate we are debating whether China’s global power has reached its peak.

The Oxford Debates at Asia Society Switzerland are a format to address ‘big’ questions that have no one answer or solution but invite many conflicting views. Four renowned experts in the field form teams of two, one team arguing for the motion, the other against it.

Arguing for the motion

Simona Grano is Senior Lecturer at the University of Zurich and Director of the Taiwan Studies Project at the same institution. She completed her Ph.D. in Chinese Studies at Ca' Foscari University of Venice, Italy in 2008. Since then she has held research positions and taught China Studies and Taiwan Studies at her alma mater, at the University of Zurich in Switzerland and at National Cheng'chi University in Taiwan. She is a research fellow of the European Research Center on Contemporary Taiwan (ERCCT), in Tübingen, Germany and a research associate of SOAS, London.
Simona is the author of  Environmental Governance in Taiwan: a new generation of activists and stakeholders, published in 2015 by Routledge. Her articles have appeared in the Journal of Civil Society, Journal of Current Chinese Affairs, China Information, Asiatische Studien, Taiwan in Comparative Perspective, Orizzonte Cina.
Her latest edited volume: China-US Competition: Impact on Small and Middle Powers' Strategic Choices, will be published by Palgrave Macmillan in December 2022.

Daniel H. Rosen is the co-founder of Rhodium Group, an independent economic research partnership, and leads the firm’s work on China. Mr. Rosen has worked professionally on China’s domestic economy and global commercial relations since 1992. He is widely recognized for his research on US-China relations and Asian commercial dynamics. He is affiliated with numerous think tanks focused on international economics and is an Adjunct Associate Professor at Columbia University. From 2000-2001, Mr. Rosen was Senior Adviser for International Economic Policy at the White House National Economic Council and National Security Council. He is a member of the Council on Foreign Relations, and board member of the National Committee on US-China Relations. A native of New York City, Dan graduated with distinction from the graduate School of Foreign Service of Georgetown University (MSFS) and with honors in Asian Studies and Economics from the University of Texas, Austin (BA).

Rorry Daniels is the Managing Director of Asia Society Policy Institute (ASPI), where she leads and oversees strategy and operations for ASPI's projects on security, climate change and trade throughout Asia. She is also a Senior Fellow with ASPI's Center for China Analysis. She was previously with the National Committee on American Foreign Policy where she managed the organization's Track II and research portfolio on Asia security issues, with a particular focus on cross-Taiwan Strait relations, U.S.-China relations, and the North Korean nuclear program. Her most recent research project audited the U.S.-China Strategic & Economic Dialogue to evaluate its process and outcomes. She regularly writes and provides analysis for major media outlets and newsletters on security issues in the U.S. and the Asia Pacific. She is a 2022 Mansfield-Luce scholar, a member of the National Committee on U.S.-China Relations and the National Committee on North Korea, a Pacific Forum Young Leader, as well as a Korea Society Kim Koo Foundation Fellow (2015 cohort). She earned her M.S. in International Relations at NYU’s Center for Global Affairs, where she focused her studies on East and South Asia. She is proficient in Mandarin and holds a B.A. in Media Studies from Emerson College.

Dr. Bates Gill is Executive Director of Asia Society Policy Institute’s Center for China Analysis where he leads a team of research fellows, associated researchers, and administrative staff to deliver on the Center’s aim to be a global leader for policy-relevant, objective analysis of China’s politics, economy, and society and its impact on Asia and the world. Prior to joining the Asia Society, Bates held a number of research and academic leadership positions in the Indo-Pacific, Europe and United States. Most recently, he was professor and chair of the Department of Security Studies and Criminology at Macquarie University in Sydney and was also the inaugural Scholar-in-Residence with the Asia Society Australia.  In other previous roles, he served as director of the Stockholm International Peace Research Institute (SIPRI), as the Freeman Chair in China Studies at the Center for Strategic and International Studies, and as founding director of the Center for Northeast Asian Policy Studies at the Brookings Institution.

Among his other professional affiliations, Bates is a Senior Associate Fellow with the Royal United Services Institute (RUSI) in London and serves on the Board of Governors of the Rajaratnam School of International Studies in Singapore and on the Board of Advisors of the National Bureau of Asian Research.

The author or editor of nine books on China- and Asia-related topics, his most recent book, Daring to Struggle: China’s Global Ambitions under Xi Jinping was published in 2022 by Oxford University Press.  He has more than 200 other publications and conducted research-related travel to more than 50 countries.  Bates has consulted for corporations, government agencies, and philanthropic organizations, lectured widely and provided U.S. Congressional and other parliamentary testimony related to Asian and global affairs, and made more than 600 appearances in print, broadcast and digital media.

He received his Ph.D. in foreign affairs from the University of Virginia, lived and worked in China for two years, and has made more than 60 working visits to the country.  Bates received the Royal Order of the Commander of the Polar Star, the highest award bestowed up foreigners by the Swedish monarch, for his contributions to Swedish interests.