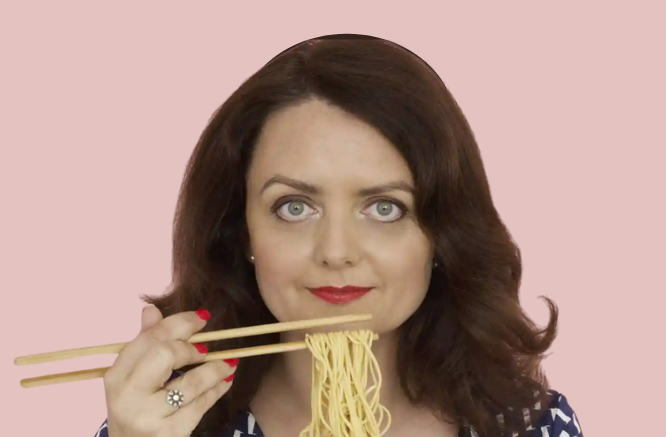 This event is by invitation only. Want to receive an invitation? Become a Passport Members today!

The food of Sichuan province in southwest China is one of the world’s great culinary secrets. Many of us know it for being "hot and spicy" and have maybe already savoured some of its most famous dishes, such as Kung Pao chicken. But that is just the tip of the chili – Sichuan cuisine is celebrated in China for its sophistication and amazing variety, and local gourmet experts proudly claim that the region boasts over 5’000 different dishes.

Fuchsia Dunlop fell in love with Sichuanese cuisine the moment she set foot into the province. Shortly afterwards, she moved to Chengdu, the capital of Sichuan province, where she became the first foreigner to study full-time at the famous Sichuan Institute of Higher Cuisine. Her love for food and fluency in Chinese gave her unparalleled exposure to China’s most vibrant region in terms of tastes and textures.

This July, Fuchsia will be paying a visit to Zurich and will take us (and our tastebuds) on a culinary trip to the southwest of China. Watch the vivid flavours of Sichuan melt in a wok while listening to Fuchsia’s descriptions of the cultural and culinary history of the region. After the cooking demonstration by Fuchsia, we will enjoy a dinner together and continue the conversation over bowls of steamy rice and delicious Sichuanese delicacies.

Fuchsia Dunlop is a cook and food-writer specialising in Chinese cuisine. She was the first Westerner to train as a chef at the Sichuan Institute of Higher Cuisine, and has spent much of the last two decades exploring China and its food. She is the author of the award-winning The Food of Sichuan; Land of Fish and Rice: Recipes from the Culinary Heart of China; Every Grain of Rice: Simple Chinese Home Cooking; Shark's Fin and Sichuan Pepper: A Sweet-Sour Memoir of Eating in China. Fuchsia’s work has appeared in publications including The Financial Times, The New Yorker, and Observer Food Monthly. She is a regular guest on radio and television, and has appeared on shows including Anthony Bourdain’s Parts Unknown (2016), CNN’s On China, Gordon Ramsay's The F-Word, NPR's All Things Considered and The Food Programme on BBC Radio 4.