Episode 10: A Closer Look at Mongolia 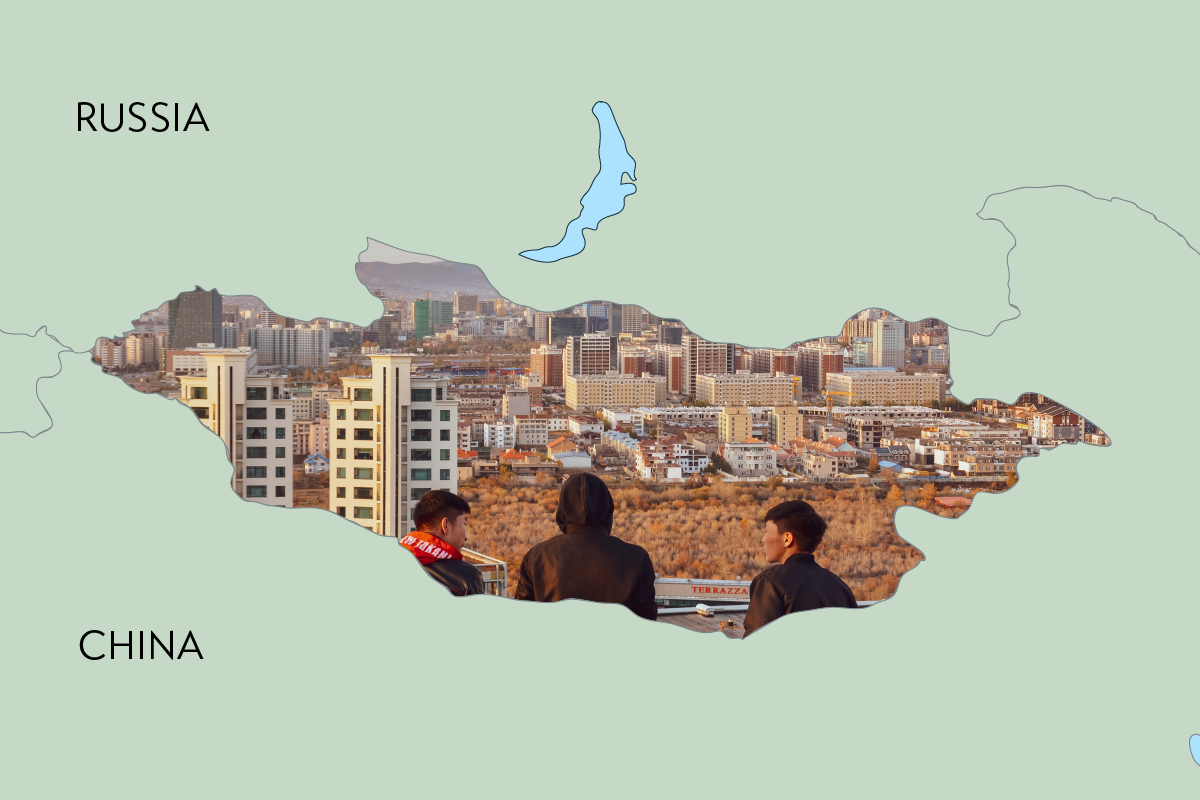 Did you miss this event?

Stay tuned – the full video will be available soon.

Mongolia is located deep within the interior of eastern Asia, far from any ocean. Comparable to Iran in size, Mongolia's population of just three million makes it the world's most sparsely populated country. In 1990, the country abandoned its 70-year-old Soviet-style one-party system in favor of political and economic reforms and multiparty elections.

Over the past three decades, Mongolia has experienced rapid urbanization as herders continue to migrate from rural areas into cities. How has the traditional nomadic lifestyle changed as a result of economic, environmental, and social factors? What does education look like in a country with an average of two inhabitants per km2 and an urban population of 70%? And why should Mongolian society talk more about toilets and digital literacy?

For the tenth episode of this series, we’ll be joined by the Mongolian policy advisor, human rights activist, and author Oyungerel Tsedevdamba as well as the Mongolian social entrepreneur Byambajargal Ayushjav. This episode will be moderated by Dr. Simona Grano, Senior Lecturer at the University of Zurich and Director of the Taiwan Studies Project at UZH.

Oyungerel Tsedevdamba is a politician, a human rights activist, public speaker and author. She grew up in Khuvsgul province, in the nomadic countryside of Mongolia. She holds her educational degrees from the Soviet Union, Russian and the American Universities majoring in Economics. She became the first Mongolian graduate from Stanford University with her MA degree in International Policy Studies. She served in the Mongolian government for 20 years, including as an MP in the Parliament during 2012-2016 and as the Minister of Culture, Sports and Tourism during 2012-2014. She did nearly 20 different odd jobs besides her civil and political positions and has rich experience living through a changing time from communism to democracy. Fifteen years ago, she founded Local Solutions, an NGO dedicated to educate the public on sustainable solutions to the global challenges that are also Mongolia’s challenges. This NGO is currently leading a Mongolia’s nationwide campaign “Let’s change our toilets” to help low-income off-grid ger area communities to stop using soil-polluting pit outhouses. Oyungerel is a co-author of bestselling novels The Green-Eyed Lama and Sixty White Sheep, and many non-fiction books. The Green-Eyed Lama was the first Mongolian novel to be published in the Western market in English and French. Oyungerel lives in Ulaanbaatar with her husband Jeffrey Falt, and her children.

Byambajargal Ayushjav is founder of the non-governmental organization Faro Foundation Mongolia, which is backed by Faro Education Center, one of the largest language training school networks in Mongolia co-founded by her more than four years ago. Byambajargal (aka Bimja), a graduate of Tsinghua University, strongly believes that education is one of the most important aspects for developing countries. As a strong advocate for public education on digital literacy, she founded Faro Foundation Mongolia to raise public awareness and run training programs on digital literacy. The name Faro, 'lighthouse' in Spanish, symbolizes the organization's goal of being a beacon of light for promoting education in Mongolia. Faro has been the designated NGO partner of Facebook in Mongolia since 2018 and Byambajargal is the representative consultant for Facebook on public policy work in Mongolia. She has been interviewed by many local and international media including Forbes and Bloomberg on issues related to social entrepreneurship and education. In 2019, she was ranked by Forbes as one of the '30 Under 30' young leaders in Asia for her contributions to the development of social enterprise and digital literacy in Mongolia. She is also member of the Board of Directors of AmCham Mongolia.

Simona A. Grano is Senior Lecturer at the University of Zurich (UZH) and Director of the Taiwan Studies Project at UZH. She completed her Ph.D. in Chinese Studies at Ca' Foscari University of Venice, Italy. She has held research positions and taught China Studies and Taiwan Studies at her alma mater, at the University of Zurich in Switzerland and at the National Cheng'chi University in Taiwan. She has also been a visiting scholar at the University of Hong Kong and is a research fellow of the European Research Center on Contemporary Taiwan (ERCCT), in Tübingen, Germany as well as a research associate of SOAS for the year 2021. Simona's regional expertise centers on the People's Republic of China as well as on Taiwan and Hong Kong. She is the author of Environmental Governance in Taiwan: a new generation of activists and stakeholders, which has been published in 2015 by Routledge. Her new co-edited monograph titled Civil Society and the State in Democratic East Asia: Between Entanglement and Contention in Post High Growth (Amsterdam University Press, 2020) analyzes the dichotomy between civil society and the state in Japan, South Korea and Taiwan.

For event details visit https://asiasociety.org/switzerland/events/episode-10-closer-look-mongolia &nbsp; Find all episodes of the A Closer Look&nbsp;series here.