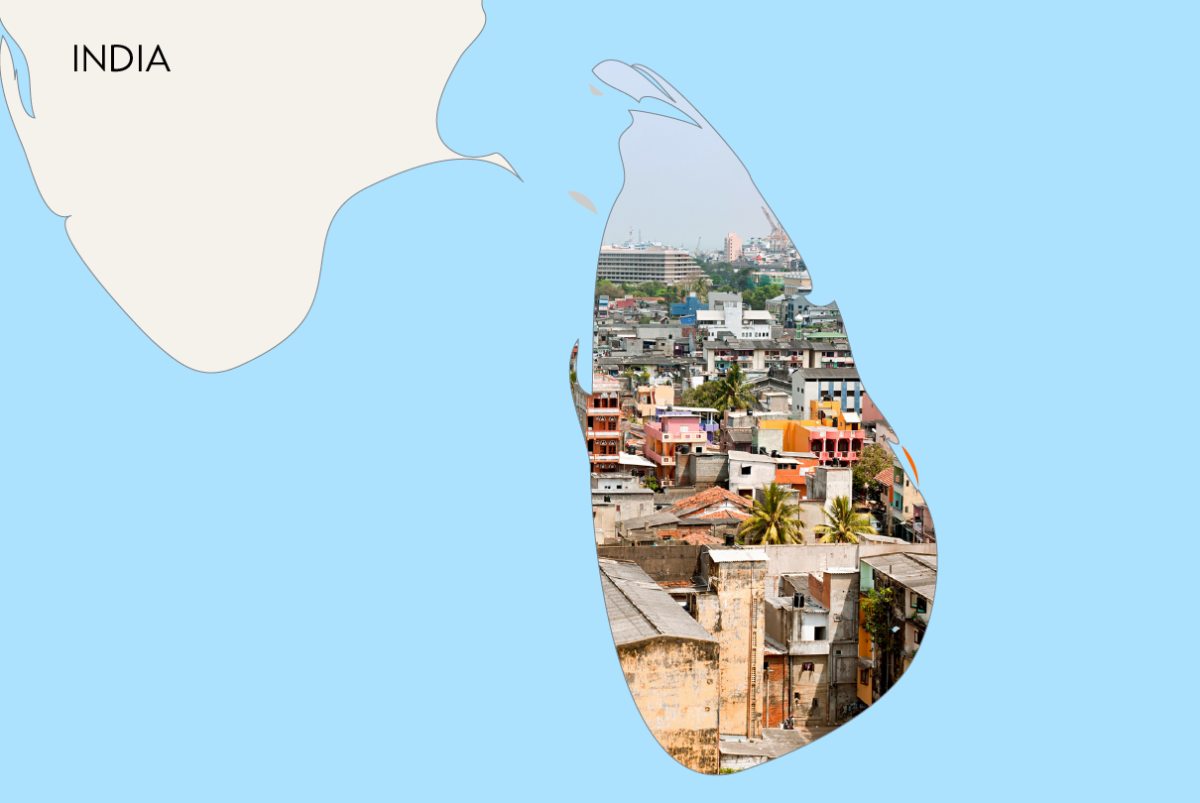 The first episode brings us to Sri Lanka – the island nation just off the southeastern coast of India. Sri Lanka enjoys a large, well-educated population, great economic potential, a history of democracy, and popular tourist attractions. At the same time, the country has been marred by political violence since its independence, and the current government’s stand on human rights and governance has come under the close watch of the United Nations yet again.

Eleven years after the civil war in Sri Lanka, we want to know where the country stands today: Is there real peace in Sri Lanka? What should we know about the current power regime in place? And what are the country’s priorities in domestic politics?

For this, we take on the perspective of the human rights lawyer Bhavani Fonseka and the human rights advocate Ambika Satkunanathan. After a brief introductory presentation of the country, the speakers will share their view on the country's potential, where they see the biggest challenges, and discuss domestic politics, followed by a Q&A session. This episode will be moderated by Asia Society Switzerland's Nico Luchsinger.

Bhavani Fonseka is a Senior Researcher and Attorney at Law with the Centre for Policy Alternatives, with a focus on research, national and international advocacy and public interest litigation. Her work has revolved around assisting victims and affected populations across Sri Lanka, legal and policy reforms and public interest litigation (PIL). She is the editor of the book Transitional Justice in Sri Lanka: Moving Beyond Promises. She is presently on the editorial board of the International Journal on Transitional Justice and a visiting lecturer at University of Colombo. She was an adviser to the Consultation Taskforce appointed by the Government of Sri Lanka in 2016 and a member of the drafting committee to formulate the National Human Rights Action Plan for Sri Lanka for the period 2017-2021. She has a LLB (Hons.) (Bristol), LLM (Denver) and MPA (Harvard). She was awarded The Young Outstanding Persons award for human rights in 2007 by the Junior Chamber International and HSBC Bank. She was also a Mason Fellow at the Harvard Kennedy School, Asia21 Fellow and an Eisenhower Fellow.

Ambika Satkunanathan is a human rights advocate based in Sri Lanka. Her work has focused on research, advocacy and assisting communities, particularly in the North and East, access remedies for rights violations. She is currently an Open Society Fellow (2020-2021). From October 2015 to March 2020, she was a Commissioner of the Human Rights Commission of Sri Lanka, where she led the first ever national study of prisons. Prior to that, for eight years, she functioned as the Legal Consultant to the UN Office of the High Commissioner for Human Rights in Sri Lanka. Her research and advocacy have focused on transitional justice, custodial violence, penal reform, militarization, gender and Tamil nationalism. Her publications include contributions to the Oxford Handbook of Gender & Conflict, the Routledge Handbook on Human Rights in South Asia, and Contemporary South Asia. She is Chairperson of the Neelan Tiruchelvam Trust, an indigenous Sri Lankan grant-making organisation and Vice Chairperson of Urgent Action Fund Asia & Pacific, a regional feminist grant making organisation. She is a member of the Expert Panel of the Trial Watch Project of the Clooney Foundation and a member of the Network of Experts of the Global Initiative Against Transnational Organised Crime. Ambika holds a Master of Laws (Human Rights) degree from the University of Nottingham, where she was a Chevening Scholar, and has earned bachelor’s degrees (LL.B / B.A) from Monash University, Australia.