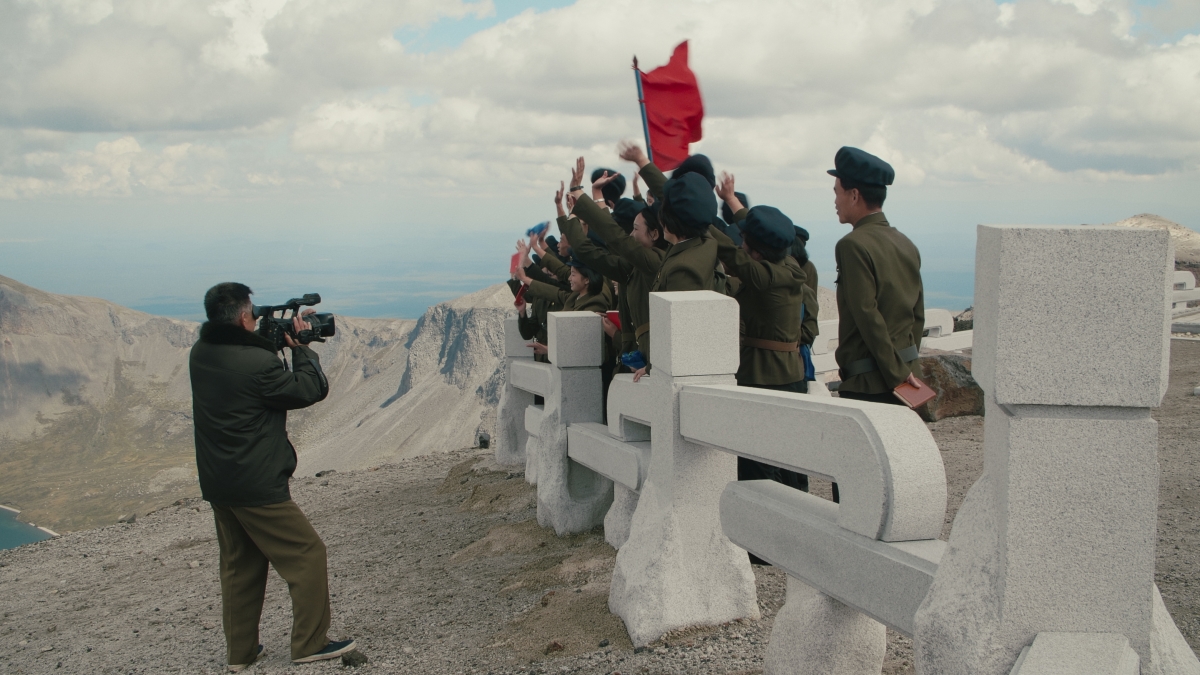 Labor Brigade on the Paektusan. Courtesy of Swiss Alpine Museum.

Note: Before the closing of the exciting and unique exhibition of North and South Korean art from the Sigg Collection at Kunstmuseum Bern, we are organizing a second iteration of tours through the two exhibitions on North Korea in Bern at Kunstmuseum and Alpine Museum Bern. Find the other tour here

What comes to your mind when you hear “North Korea”? – A film team from the Swiss Alpine Museum toured the mountainous Korean peninsula during the brief thaw in relations between the two Koreas (2018/19). The team climbed summits with trekking groups, visited school classes, watched artists at work, travelled to farms in the hilly provinces and stopped off at North Korea’s largest ski resort.

The micro-stories captured on film tell of an everyday existence that you won’t see on the TV news. Forty interviews give a voice to people who are at risk of disappearing behind the political system and our own images of them.

Leading you through this exhibition will be Beat Hächler, the director of the Swiss Alpine Museum and curator of the exhibition.

Beat Hächler has been director of the Swiss Alpine Museum since 2011. He studied history, German literature and media studies in Bern and Madrid. While studying, he worked as a journalist. He later completed his postgraduate studies in scenography at the Zurich University of the Arts. From 1992 to 2010, Beat Hächler worked as an exhibition organizer at the Stapferhaus Lenzburg, from 2002 as its co-director.