A Coffee With a North Korea Analyst 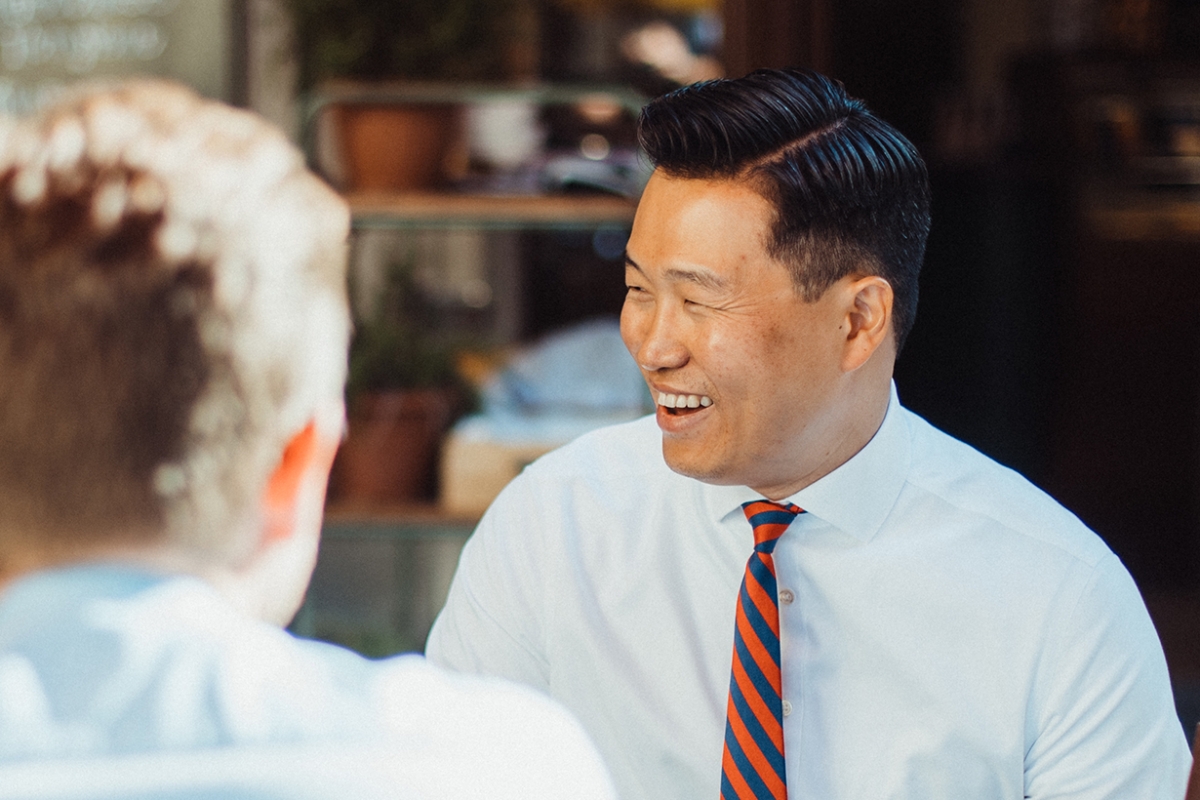 In May 2018 Asia Society Switzerland was touring Switzerland with the guest speaker John Park, a specialist on North Korea and nuclear issues. On our way to Berne, we had the chance to talk to him about how one becomes – and stays – an expert on probably the least known country in the world. Born in South Korea, John Park emigrated with his family to Canada when he was 4 years old. He grew up in Toronto, a place he describes as «very multicultural». Looking back, John tells us how growing up there has helped him to understand different perspectives and appreciate that there is no single «dominant view» – an outlook that aids him in his research on North Korea at the Harvard Belfer Center’s Korea Working Group to the present day.

Michal Dreifuss: When and where did you first start to research North Korea?

John Park: I moved to England for my graduate studies at the University of Cambridge in the 1990s. I examined the negotiations that led to the 1994 U.S.-North Korea Agreed Framework. Despite being on a death watch during the second half of the 1990s, North Korea muddled along. It eventually restarted its nascent nuclear weapons development program and kept on defying the odds over the years to the point that it recently conducted a sixth nuclear test that registered 6.3 on the Richter scale and launched intercontinental ballistic missiles that could range the continental United States. These breakthroughs fascinated me and sparked an interest in doing more research on the resilient North Korean regime.

You were born in South Korea. How is your relationship to the country today?

I grew up with a strong connection to South Korea. My parents were determined to make sure my sister and I visited the country on a regular basis to remain plugged into the culture and language. Today I end up going there for work pretty regularly. Despite frequent visits, I still notice the remarkable pace of change on the Korean Peninsula.

Do you still feel at home in South Korea?

When I am there, I feel a combination of being an insider and an outsider at the same time. Insider in the sense of my connection to the culture, the language… And an outsider because South Korean society is increasingly divided and polarized. In a way, being an outsider helps in this respect. I am usually seen as a neutral observer.

In the beginning it was disorienting. Today, I find it helpful to be able to tap into various aspects of being an insider and an outsider. I embrace my portfolio of different identities: A Canadian national with South Korean roots living in the U.S., focusing on Asia while having worked both in the private and the public sector. Over time tailoring my identity to a particular setting has become more natural to me and helped in relating to different groups – especially the North Korean defector community in Seoul.

What do you like most in your daily work?

I’m intrigued by crises and how leaders seek to address them. We are in a period of time where change and crises are happening very quickly. In my daily work, I enjoy engaging with researchers and practitioners to gain diverse insights about these crises and explore better ways to resolve them. My colleagues – who come from a wide range of professional sectors, organizations, and countries – always spark new ideas.

And what’s next for you?

I’ve actually been trying to move away from the North Korea field for over 20 years now! Whenever I’ve been on the verge of pivoting, another North Korean crisis or puzzle surfaces and draws me back in. As the North Korean regime evolves and branches out, I’ve had rare opportunities to also evolve and branch out. In my research and policy analysis work, I’ve been able to focus on dynamic functional areas like nuclear proliferation, targeted sanctions, and now cyber security. I stopped planning next steps in my career a long time ago. When a new North Korean puzzle arises, I find myself drawn back in yet again.

Dr. John Park, alumnus of Asia Society's Asia 21 Young Leaders Network, is the Director of the Korea Working Group and an Adjunct Lecturer at the Harvard Kennedy School. He advises Northeast Asia policy-focused officials at the US Departments of Defense, State, and the Treasury, as well as on the US National Security Council and Congressional committees.

End of May 2018, John Park visited us for two public talks, one government roundtable and three media interviews on North Korea and the then very anticipated U.S.–North Korea Summit in the following June. Read and listen his analysis here: North Korea: What Has Changed, And Where Do We Go From Here.

Michal Dreifuss is a Project Manager at Asia Society Switzerland.