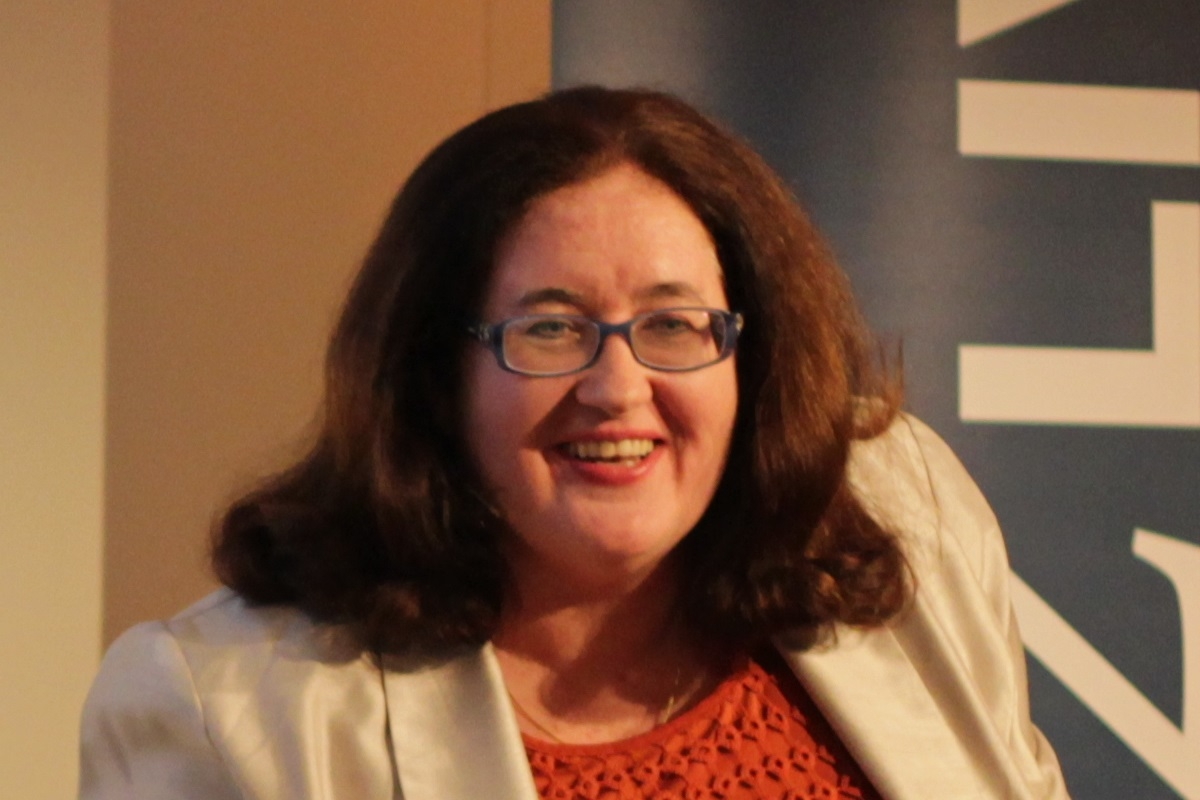 On November 25, Asia Society Switzerland hosted a public event with Bridget Welsh, Clare Rewcastle Brown and Manfred Rist in collaboration with Neue Zürcher Zeitung. Behind the scenes we had the chance to talk to Bridget Welsh about forensic political science and field work, Malaysia, and China in Southeast Asia.

Désirée Meili: When did your fascination with Asia become clear?

Bridget Welsh: I’m a third culture kid, which means that I often lived in societies that I was not from in terms of nationality. We traveled around a lot, as my father was a petroleum engineer, and one of the places we ended up in was Malaysia. This is where I went to high school and thus, my association with Malaysia began in the 1980s. As a consequence of this, my understanding of Malaysian society, Malaysian politics is deeply rooted in my childhood. I consider Malaysia a second home and this serves as my connection to Southeast Asia more broadly, because Malaysia is part of a very rich and vibrant region to which I am also closely connected to.

You refer to yourself as a “forensic” political scientist. What does that mean?

I think there are three aspects to this. First of all, we look for factual evidence to support different sets of arguments. The second thing is that we constantly reevaluate the issues and arguments in a scientific way – as much as it can be scientific, we have to recognize the limits of this approach in understanding human behavior. Third, and this is difficult in a challenging political environment, is to constantly speak truth to power. I have worked to maintain my principles, but at the same time be as neutral as possible in a contentious, sometimes polarized, political environment. In my case, this means trying to stay away from the personalization of Malaysian politics and focusing on analysis of issues drawing from data and research.

How do you proceed in field work?

It is important to begin with intellectual curiosity and a deep respect of the communities you are studying. You use your local knowledge along with that of your team members to provide an environment that is safe but also professional and allows you to get the data you need. It’s important to be open-minded of what you are going to see and not go in trying to reaffirm what you already think has happened. Besides survey work I often do assessments of electoral research, interviews of people in the field and assessments of certain local conditions. Thus, a lot of my work is deeply grounded in extensive networks that I built over a long period of time. The best way to learn about a country is to spend time in the country, especially outside of the capital.

When looking at the trade war between China and the U.S. one wonders how the systemic rivalry between the two countries influences Southeast Asia. How would you describe the effects this has on countries in that region?

The United States is a declining power in Southeast Asia. It does not wield the same level of influence or respect that it had in the past. Unfortunately, the Trump administration has made this decline faster, although the administration didn’t necessarily precipitate it originally. Today, China is not a regional power, but a global power. Its regional influence has shifted from soft power engagement to the use of much harder power. Southeast Asia is very much on the frontline of China’s power expansion and this, of course, has provoked a different set of reactions. Southeast Asian countries are having more difficulties hedging China and are being forced to choose sides in the Great Power rivalry with the U.S. Increasingly, more countries are choosing China, even if they are uncomfortable with the choices they are making.

What are the reactions in Southeast Asia to China’s power expansion?

China became an important factor in domestic politics in Southeast Asia. There are contentions between those that are more pro-China and those that are less pro-China, some of which is connected to business. This is an important dimension of the region’s politics  and we see it in many countries throughout the region: Singapore, Thailand, Malaysia, Myanmar, Indonesia. Not all Southeast Asian countries have the same strategic choices and they have to adapt to China’s power. The shift is not an easy one. China is seen to bully those who do not fall in line to their interests and have ridden roughshod over those who protest their involvement in the region. As China has increased its use of hard power, we’ve seen from survey data that the views on China are becoming more negative. What China needs to pay more attention to is how quiet and watchful most of the East Asian countries have been (especially with regards to Hong Kong). China’s response to the protests in Hong Kong speaks to how it’s engaging in the region as a whole. If China does misstep in Hong Kong, you can guarantee that there will be quite significant deepening of negative sentiments among East Asians against China. Furthermore, when China plays a role in political campaigns, as it did in Malaysia in 2018, and previously has served money to buttress and to help the pay-offs of 1MDB, one of the largest global financial scandals in the world, one really has to come to terms, how much misconduct the Chinese government is showcasing in the region. East Asian countries have been very quiet but watchful

How is the atmosphere now in Malaysia, after the 1MDB scandal?

There is more attention by leaders to the problems that Malaysia is facing. I do think that the Pakatan Harapan government is addressing some of the underlying challenges of governance that have put Malaysia in a position where it is not living up to its potential. In May 2018 and for perhaps the next six months after that, there was tremendous hope and a lot of expectations in the new government. Those expectations have reduced among large sections of the society as many of the promises of reform were not delivered. To a certain level this is understandable, but I think there is not an adequate appreciation of what positive things have happened in the past year and a half and also the real obstacles that exist. We are starting to see people in the country grapple with a new political reality. To move from an issue of stability to one of uncertainty. To move from a feudal system to one where there is more fragmentation of power. To move from a system where there is a more closed environment to a more open contestation. These changes are not easy as they are occurring rapidly, but they reflect the new political reality of Malaysia – one like many others in the rest of the world grappling with the challenges of democracy and obstacles to reform.

Bridget Welsh is a Honorary Research Associate with the University of Nottingham Asia Research Institute Malaysia (UoNARI-M) based in Kuala Lumpur. She specializes in Southeast Asian politics, with a focus on Malaysia, Myanmar, Singapore and Indonesia. Her forthcoming book A Divided Malaysia: GE14 and Beyond examines Malaysia’s 2018 elections and the transformation of national politics. She received her Ph.D in political science from Columbia University, language training at Cornell University (FALCON) and B.A. from Colgate University. She is a Senior Advisor for Freedom House, a member of the International Research Council of the National Endowment for Democracy and a core member of the Asian Barometer Survey covering fifteen countries in East Asia.