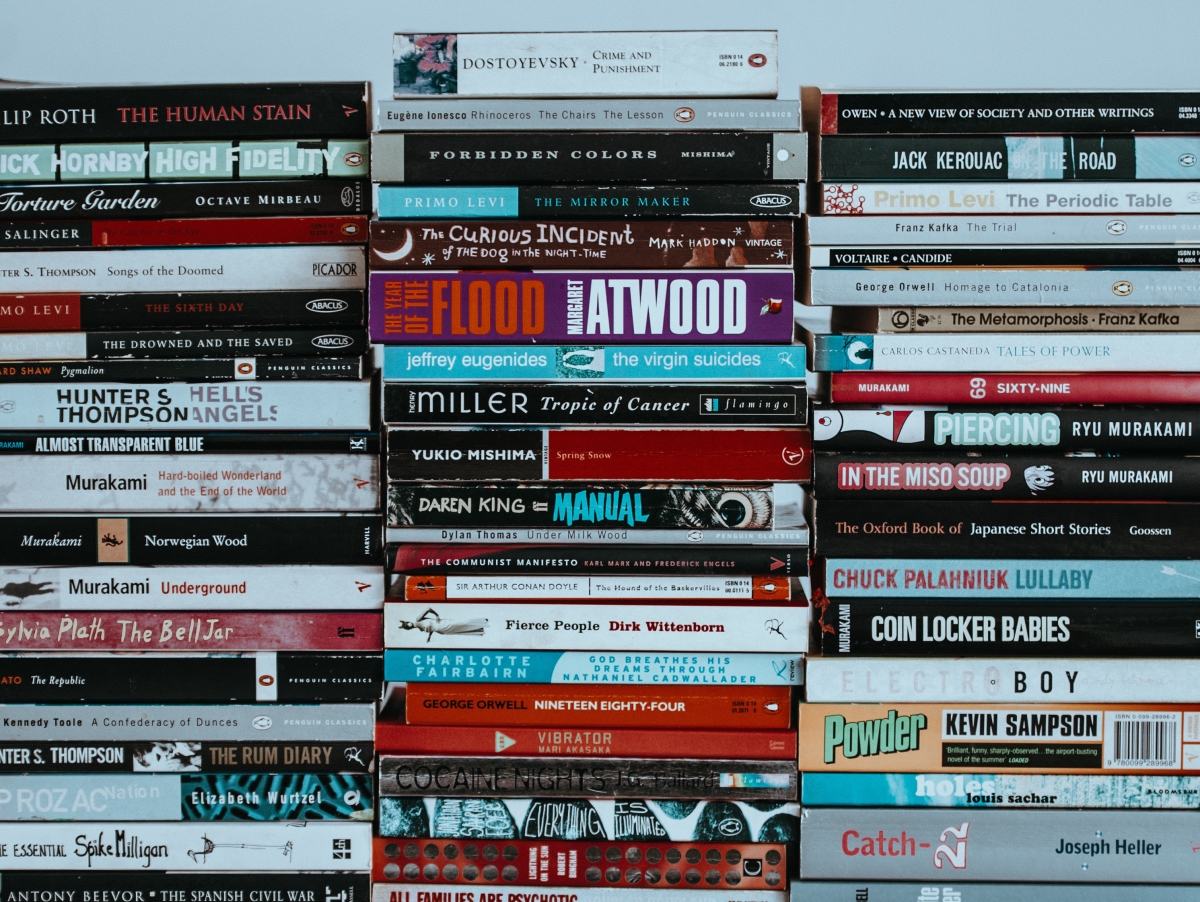 Once more we have asked our members, this year's speakers as well as our colleagues all over the world what they have been reading lately. Here is our list of book recommendations (fiction and non-fiction), a selection for the travelling the world through windows of time and space – page by page.

«This is a very comprehensive, consequential, and readable book, with elegant narratives of technological, economic, political, and human transitions that crisscross between China and the U.S. and finally blend together to explore the future of our labor markets and social systems... He lays out ‹A Blueprint for Human Coexistence with AI› that explores such concepts as universal basic income, guaranteed minimum income, and job sharing.» (SupChina) – Recommended by a colleague at Asia Society

«By describing the unfolding of the 1MDB scandal in Malaysia, Wright and Hope draw a bleak picture of the Southeast Asian nation's politics. But corruption and cronyism in Kuala Lumpur were facilitated by both European and U.S. financial firms turning a blind eye on obvious fraud. A thrilling book about an incredible heist that was a decisive factor in Malaysia's last election and continues to shake the financial world.» – Recommended by Alexander Heimgartner, Asia Society Switzerland

The Billionaire Raj: A Journey Through India's New Gilded Age by James Crabtree (2018)

«Writing about India generally falls into one of two categories. There is what you might call the classical view, which emphasises the country’s messy democracy, the court intrigue in Delhi, the role of the powerful states, and poverty and religion. And then there is the business-school view, which sees India as a huge potential market that could one day rival China, with a dynamic business scene that is already the world’s eighth-largest, ranked by market capitalisation. James Crabtree’s new book... does the great service of tying these two stories together, showing how India’s political system and its firms are symbiotically connected, in an entertaining—and sometimes disturbing—fashion.» (The Economist) – Recommended by a colleague at Asia Society

«The most assured novel about indecisiveness you’ll ever read… An emotionally devastating novel about being young today.» (The Washington Post) – Recommended by Kelly Ma, Asia Society New York, at a stop over from Sweden

«The Time of the Father, The Time of the Party, and The Time of the Money: the trilogy titles indicate what to expect of the autobiography of Chinese illustrator Li Kunwu. Born in 1955 to a party official and a mother from the rural countryside of Yunnan we can read about a particular life in a particular time and space and the paths it pursued over the years since. The graphic novel delivers much more though: it lets us witness and take part in the many lives Li comes across – from starving grandmothers to former friends who become successful water entrepreneurs. And the beautiful drawings provide deep dives into the historical ink, almost immersive.» – Recommended by Serena Jung, Asia Society Switzerland

«In this thought-provoking book, Maçaes – a former political science professor and Portuguese Minister turned consultant – argues that the border between Europe and Asia, which has never been clearly drawn, is disappearing again as Asian states, and China especially, continue to catch up with the West. What makes his book entertaining is that Maçaes sets out to investigate his hypothesis by traveling all over the Eurasian landmass – from the Caspian Sea to Khorgos and Yiwu in China, to Vladivostok and back through Istanbul. Political sciences meets travel literature, and it works surprisingly well.» – Recommended by Nico Luchsinger, Asia Society Switzerland

«A dystopian novel set in Japan that alludes to a Fukushima-like disaster resulting in a Japan that returns to an isolationist policy. It reads like a bittersweet reflection of the past, mostly from the perspective of an elderly man left with caring for his great-grandson, who like many children are born too sickly and weak to take care of themselves. 2018 U.S. National Book Award winner in the translated works category.» – Recommended by John Hwang, Asia Society New York

«Everyone who is dealing with Asia should read Kishore Mahbubani’s book «Has the West Lost It?» You will better understand how the East sees the West, even if you don’t agree with everything Mahbubani writes. It is a small book and you can easily read it on the plane during your next trip to Asia. We all have to accept: This century could very much become an Asian century. Who else than Singaporean Kishore Mabhubani with all his experience could be in a better position explaining this to us.» – Recommended by Dr. Norbert Riedel, German Ambassador to Switzerland and speaker at an event of Asia Society Switzerland 2018

«This book examines the Qing Empire from the late Qianlong period through the Opium War, with a focus that balances nicely between the impact of trade and domestic Chinese woes, and takes the reader from Whitehall to the Forbidden City, from the foreign cantons in Guangzhou to the villages where the White Lotus Rebellion stirred, with a skillfully-drawn cast of characters. It's readable history at its best.» – Recommended by Kaiser Kuo (Sinica Podcast) and speaker at an event of Asia Society Switzerland 2018

«Though this is not Asia-specific, this does not have borders. While interviews with the author (mostly Singer) can easily be found online, the book does a great job of not only going into the history of the internet and social media and how it has impacted the world, but it segments the different aspects of social media problems ranging from propaganda, fake news, human psychology, and its exploitation for ‹outcomes›. It looks into the tech companies and attempts to resolve some of the problems (mostly inadequate), and why this is not likely to go away any time soon. I would pair this with an older book – The Net Delusion: The Dark Side of Internet Freedom by Evgeny Morozov.» – Recommended by John Hwang, Asia Society New York

The Resident Tourist by Troy Chin (since 2007)

«An autobiographical comic book series on the struggles of a Singaporean author trying to pursue his passion and to fit in his own country after returning from New York.» – Recommended by a member of Asia Society Switzerland

«This debut novel by Jade Chang explores the many-layered struggles facing the Wangs, a family of first- and second-generation Chinese immigrants in the U.S. whose loss of wealthy, stability, and status in the 2008 financial crisis sends them on first a cross-country road trip and then across the Pacific as they wrestle with their identities and the concept of home land.» – Recommended by Chris Dunn, Asia Society Texas

Share your book recommendations!
We are always eager to receive your highly appreciated book suggestions, just write us an e-mail to switzerland@asiasociety.org

Thank you very much in advance!