«Cities always want to support each other»

Parag Khanna talks about the irreversible trend of urbanization, and what it means for the world 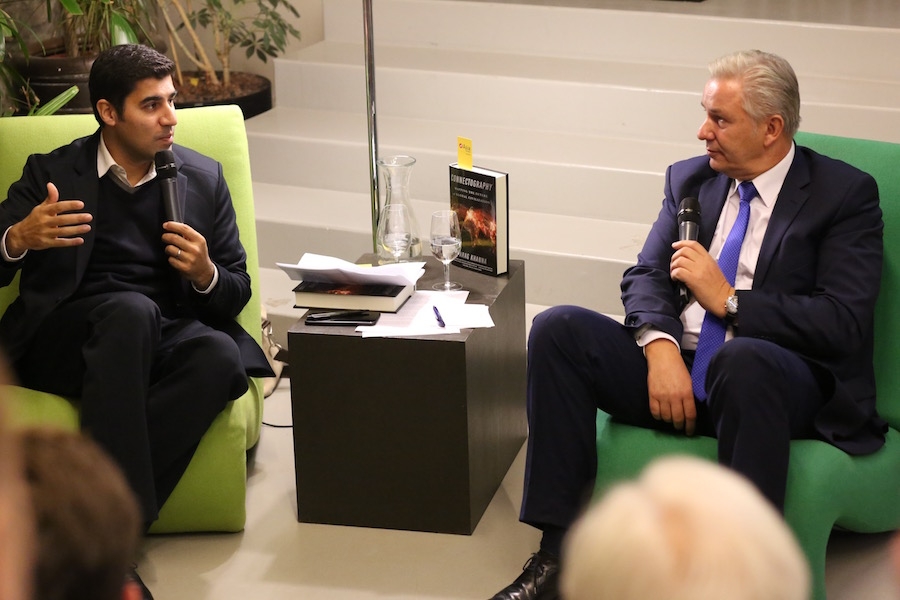 Last week, Asia Society Switzerland invited author and strategist Parag Khanna and former Berlin mayor Klaus Wowereit to a high-level dialogue on the rise of “city states”. The two experts debated the effects of urbanization, and the growing power of cities in today’s world. Just before the event, we asked Parag, whose current book “Connectography” is discussing the rise of cities, some more questions.

Read the full version of this interview on Medium.

Asia Society Switzerland: Why is urbanization even happening? What makes cities so attractive in today’s world?
Parag Khanna: Urbanization is driven by the search for jobs, access to public services, access to more nutritious food and medical care. Cities offer connectivity to global supply chains, to markets, to the internet. I cannot imagine anything reversing the ongoing trend of urbanization (other than major coastal inundations due to climate change).

One trend you discuss in your book is “devolution”, the effect of regions and cities becoming more autonomous from the nation states they belong to.
Devolution is inevitable, and it’s happening everywhere in the world. I call it the “second law of geopolitical thermodynamics”. There’s nothing you can do to stop it. Even the world’s most powerful vertically integrated empire, China, is recognizing devolution and is actively sponsoring it. What places like Kurdistan, South Sudan, Palestine and Scotland have in common is that they embody this devolution. India had 14 provinces at independence — now it has 29.

The counter-piece to devolution is aggregation, and you mention the EU or ASEAN as examples of political entities aggregating on certain issues. Is this trend also happening with cities and metropolitan areas?
There is no case I’m aware of where bringing two cities closer together has not benefitted them. That’s even true for Guangzhou and Hong Kong in the Pearl River Delta, even though they nominally belong to different political spheres. Hong Kong may have lost political autonomy since the 1997 handover, but economically, it has gained tremendously from the neighboring cities in the North.
Connectivity also helps cities that are far apart from each other. I call this “diplomacity”, the diplomacy of cities, and it’s a thriving marketplace for ideas. The most famous example is the C40 initiative, a network of mega-cities who collaborate to reduce greenhouse gas emissions. But there are literally hundreds of these inter-cities learning networks.
Cities are not competing with each other in a zero-sum game. Their first priority is to become more connected to each other, because they all have a lot to gain from that. If you’re Dubai, you don’t fear the rise of Sao Paulo. You really want it to grow, so you can have a lucrative airline connection there. Cities always want to support each other.

If you’re the mayor of a large and fast-growing Asian city, what are your priorities? How do you ensure that your city becomes more livable despite also becoming larger?
Khanna: The growth almost can’t be stopped, because urbanization can’t be stopped. So what you need to become is a collection of livable enclaves or towns. If you are the mayor of Jakarta, the question is how do you turn it into four Jakartas? Instead of one central business district for 30 million people, can you create five — one for services, one for the industry, and so on? Then people will dissipate, and diversify their geography, and not congest and clog the downtown area every day. The solution for a mega-city to become more livable is to become multiple cities at once.