Asian Pacific American employees view their companies less favorably, the longer they have been in the U.S.

"Time in U.S." could be a critical factor in Asian Pacific American employee engagement

NEW YORK, November 28, 2011 — The longer Asian Pacific American (APA) employees live in the United States, the less favorably they view their companies, an annual Asia Society survey found. The 2011 Asian Pacific Americans Corporate Survey indicates that this decline starts after about 10 years and is most apparent amongst APA employees who have lived in the US 20+ years or who are US-born.

The favorability decrease is especially true in the critical area of professional growth. Among those surveyed:

- 49% of APA employees who have been in the US for 20+ years view their companies favorably in terms of professional growth.

- A bare majority - 53% - of APA employees who have been in the US from 11-20 years view their companies favorably on this dimension.

- While 62% of APA employees, who have been here for 10 years or less, view their companies favorably in terms of professional growth; this group constitutes only 24% of APAs in the US.

The model minority stereotype assumes that the hardworking, intelligent, Asian American employee, who does not “rock the boat,” has no problem rising up the corporate ladder. This is especially true for those who are culturally “American.” But a look at the senior ranks of most companies shows that the reality is quite different. Asian-American faces are almost entirely absent.

"New Asian immigrants are singularly focused on establishing a foothold both economically and culturally in the US — similar to immigrants of any ethnicity." said Vishakha N. Desai, President of Asia Society

"On the other hand, Asian-Americans who were born here may recognize more easily where Corporate America’s formal policies and commitment to diversity are not fully realized on the day-to-day level."

This is not to say that companies have not made efforts, but the data suggests they may be focused on the wrong thematic areas.

"The implications of this data are striking.” said Desai. “It suggests that efforts to engage Asian-American employees need to include 'time in the US' as an additional filter."

"For example, while the offer of assertiveness training may be welcomed by an employee recently arrived from Shanghai, it could be viewed as deeply objectionable when offered to an APA employee who was born in San Antonio." Desai continued.

The country of origin differences are real and should not be overlooked. However, the survey data suggests that this could be less true as time goes on. With the APA population growing faster than any other ethnic group, except for Hispanics, the disengagement suggested by the data will fast become an even larger issue.

Asia Society first began conducting the APA Corporate Survey in 2010, to address the need for independent information, backed by statistics, about the APA workforce. At that time, there was very little information about APA employees and their perceptions and experiences, and the APA Corporate Survey was the first to exclusively measure and to recognize practices related to developing APA working at Fortune 500-level companies.

To speak with representatives from one of the above finalist companies or for questions about participating in the 2012 survey, please contact: 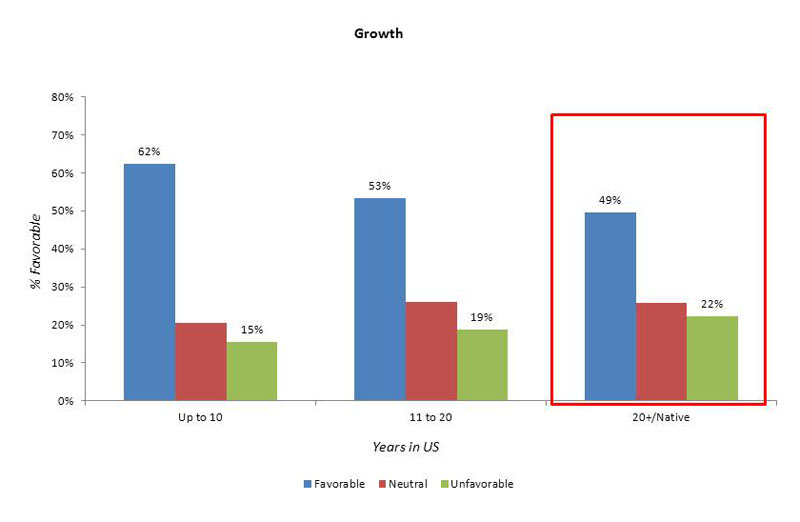 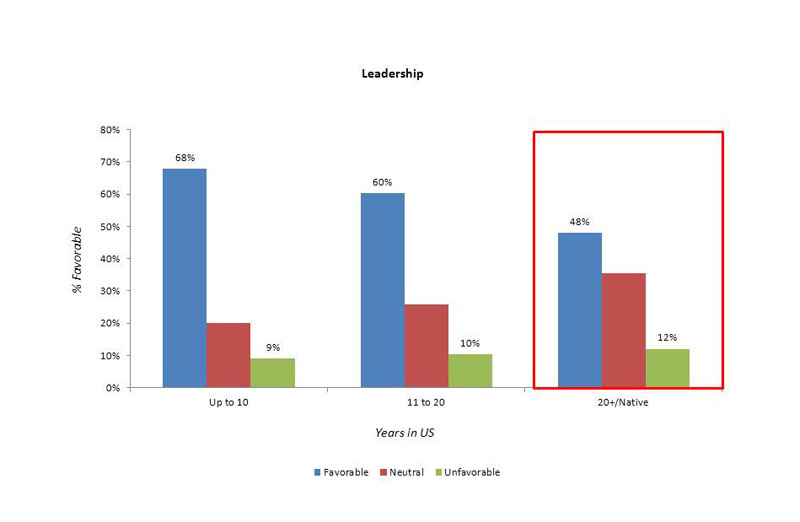 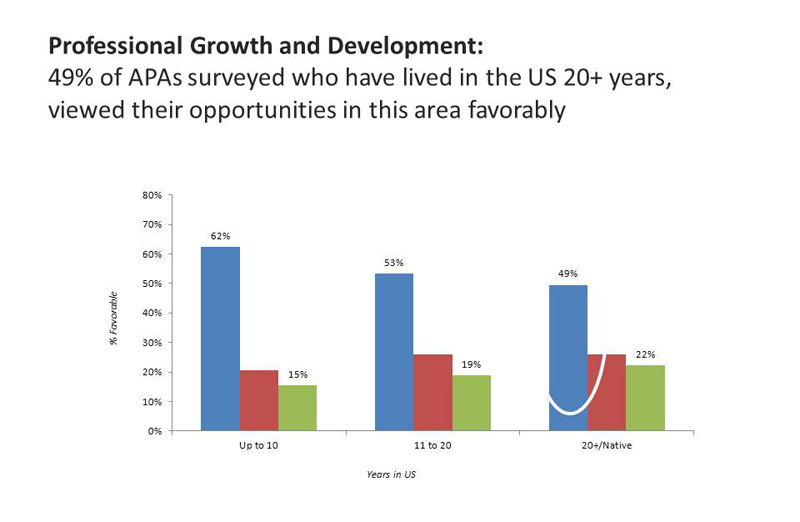 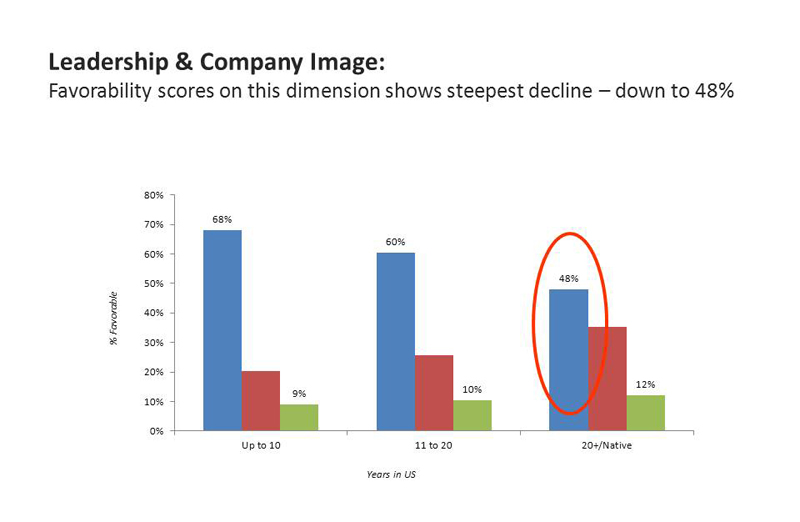 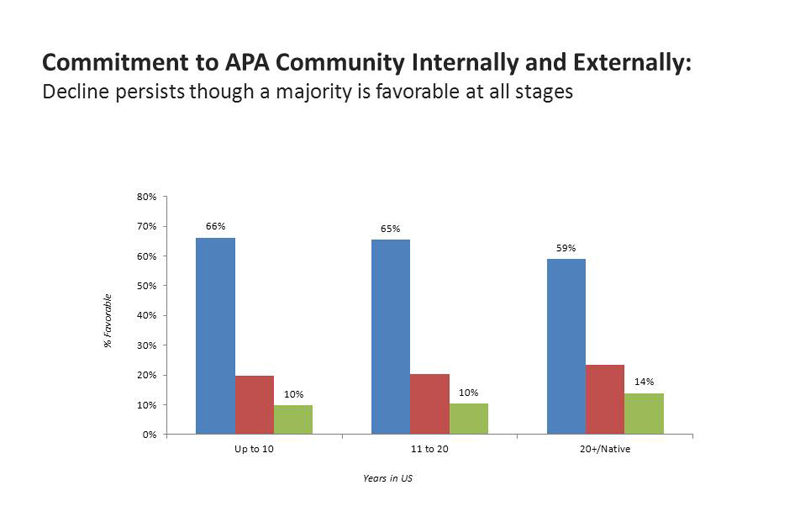 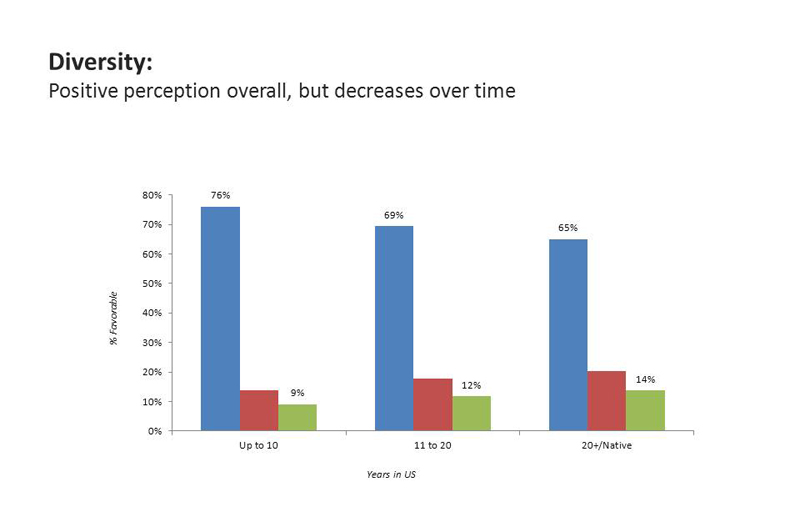 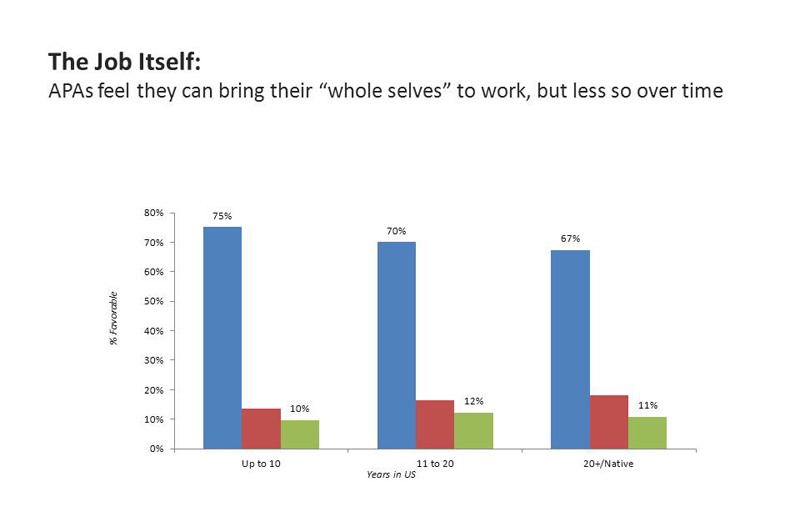