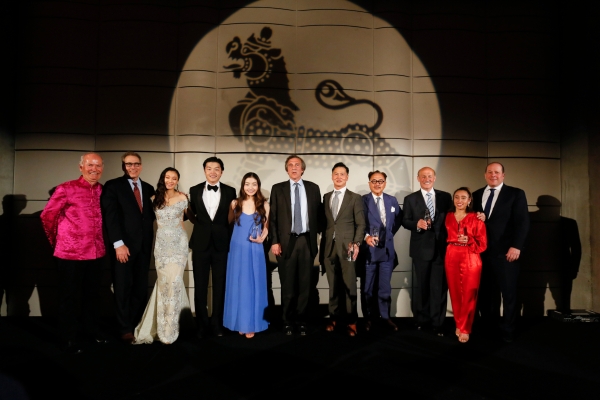 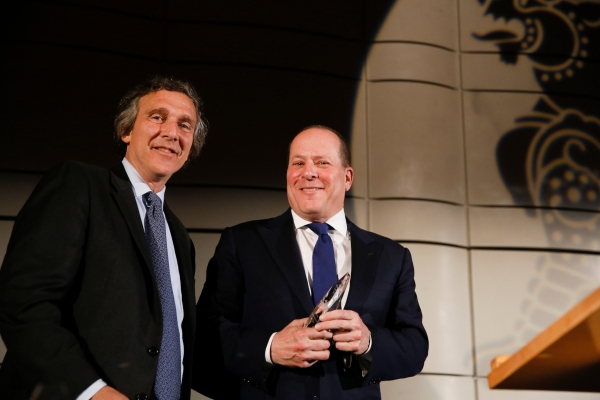 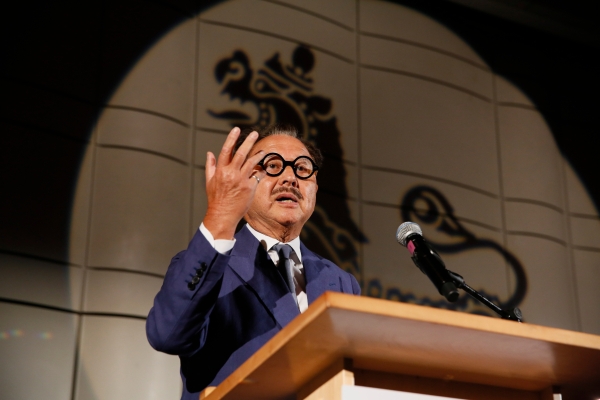 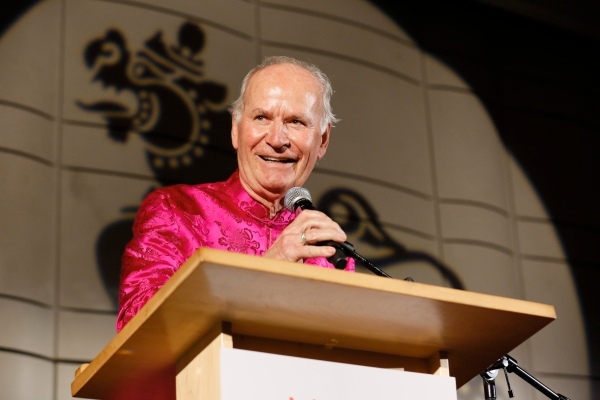 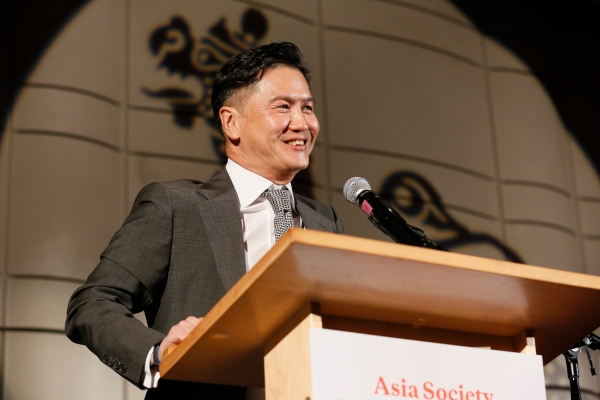 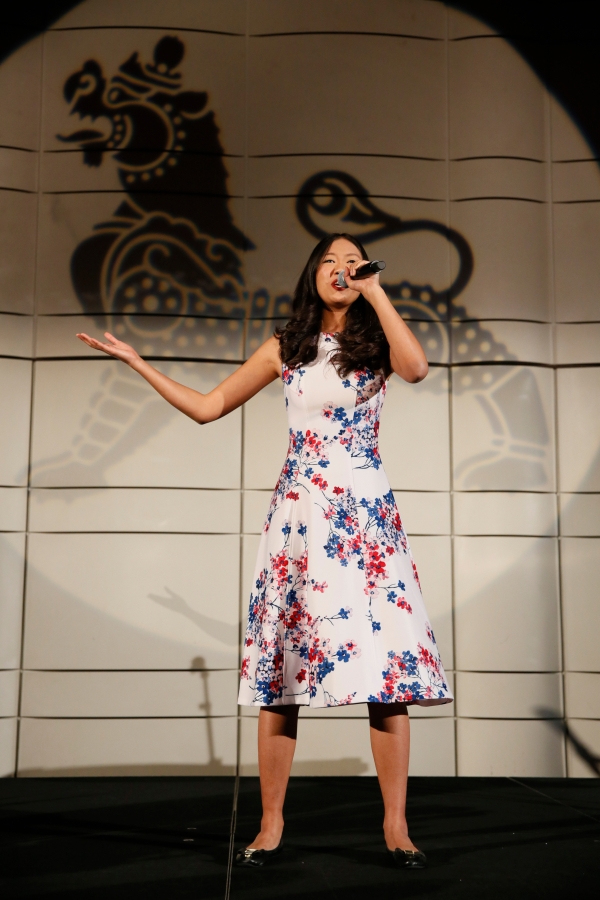 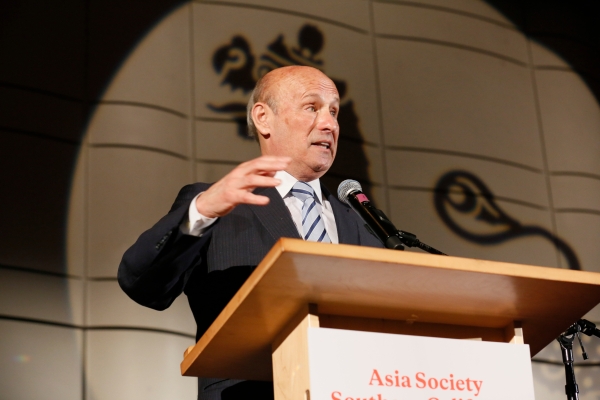 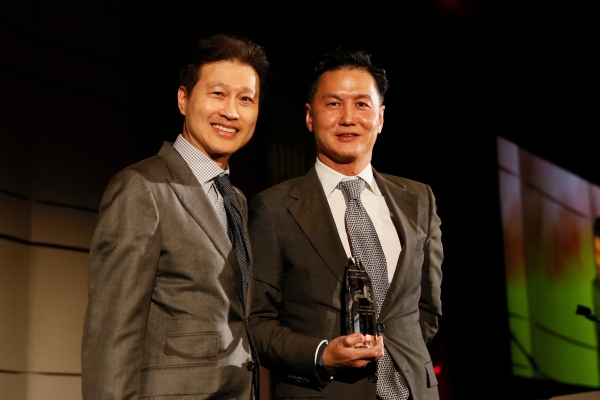 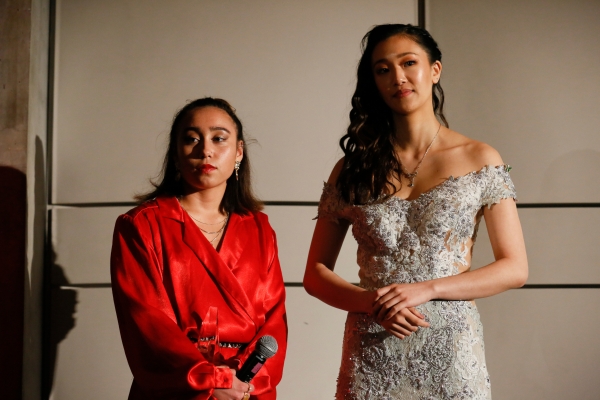 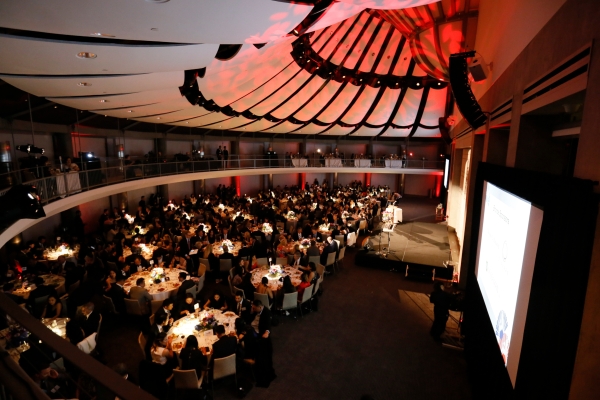 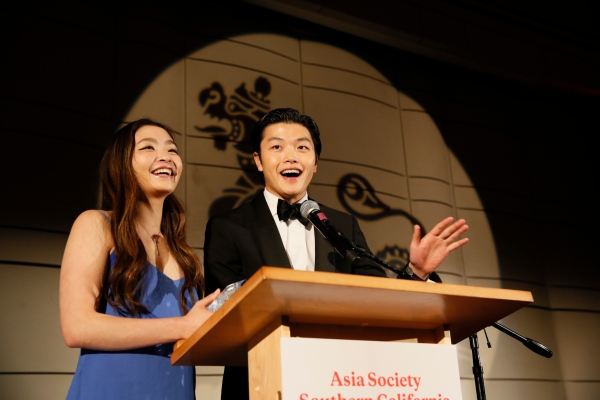 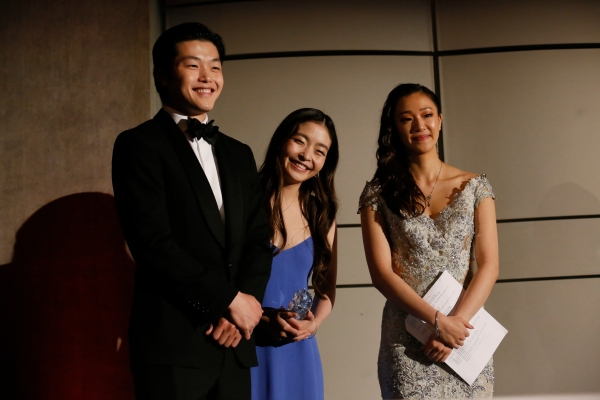 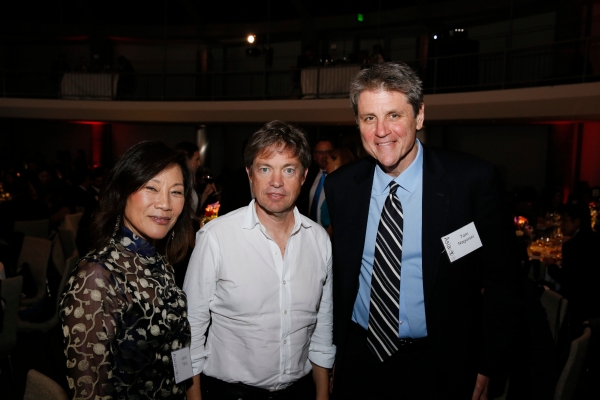 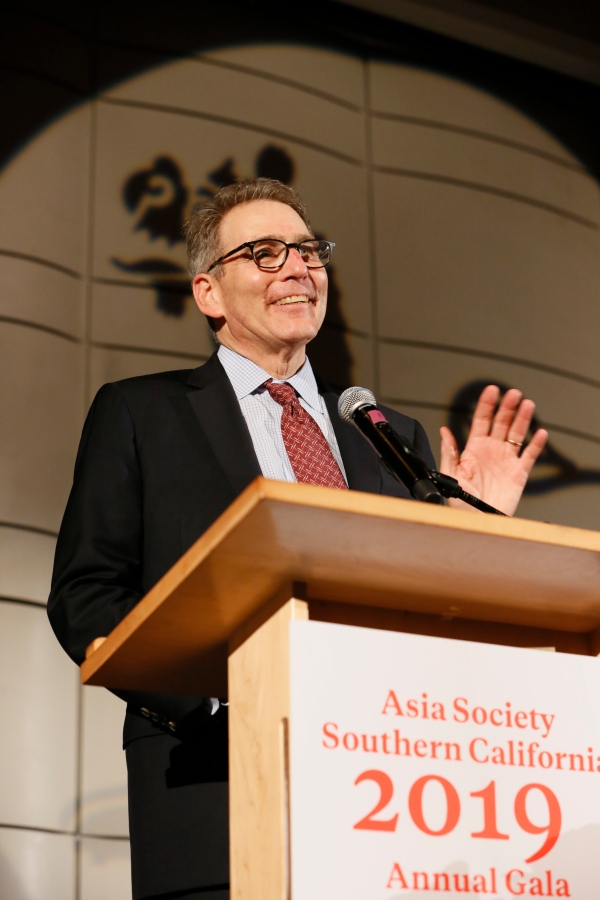 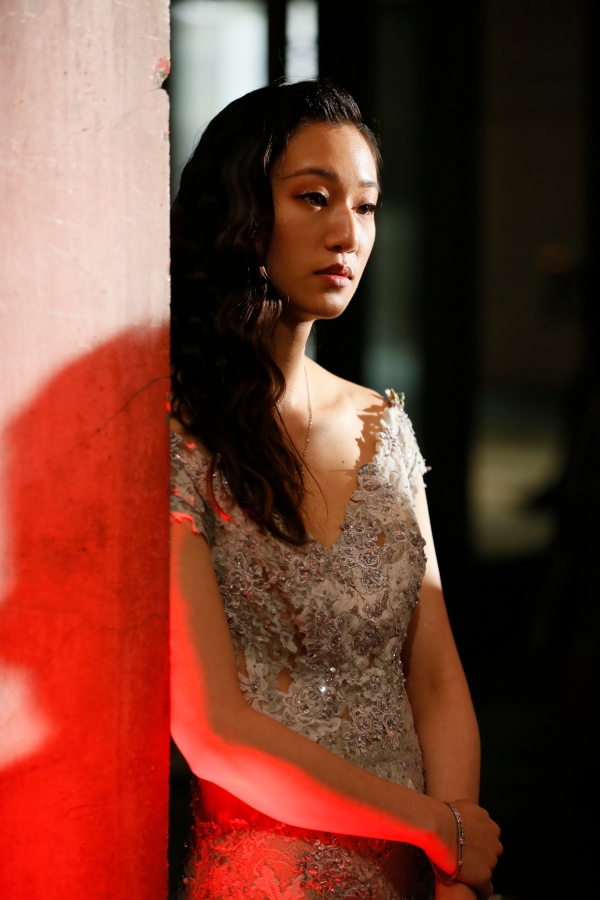 Accepting the Arts and Cultural Visionary Award, artist and MR CHOW restaurant founder Michael Chow spoke passionately about how being uprooted from China as a teenager gave him an “internal desire to connect the East and West” and be a "cultural ambassador to all things Chinese." That role is particularly important these days amid turbulent U.S.-China relations. “Today we are living at a crossroads, miscommunication still goes on,” he said. “The most important thing is we keep each other’s respect. Respect is the key word here.”

Goodwin Gaw, chairman and managing principal of Gaw Capital Partners, accepted the Urban Visionary Award, saying “My story is an L.A. story, a story of collaboration and acceptance.” A self-described outsider, he praised L.A. for embracing him as he cut his teeth in real estate. He started by reviving the Hollywood Roosevelt Hotel, considered at the time an unwise investment in an unsavory area, and has followed a go-against-the-tide strategy to build a global property portfolio. "Successful projects are all about building communities," he asserted. And on that point of community, he added: "It is the people in this room who can bridge the current chasm between U.S. and China."

Stan Kasten, president and CEO of the Los Angeles Dodgers, accepted the U.S.-Asia Sports Visionaries Award on behalf of one the L.A.’s most iconic institutions. He said that being honored by Asia Society was "particularly meaningful" and that diversity was “very much a part of the DNA of the franchise.” He noted that 2019 is the centennial anniversary of the birth of Jackie Robinson and recalled that the Dodgers’ ties to Asia extend back to the 1950s. Since the 1980s, the Dodgers have signed some of Asia’s biggest stars and now have a manager whose father is African-American and mother is Japanese. Acknowledging that the Dodgers' fan base is increasingly Asian, he said, "We are so proud [to be doing what we do] in what is probably the most diverse city in the world."

Also representing the sports world were three Asian-American athletes who have used their platforms to become global youth role models. The Olympic Spirit Award was bestowed on ice dancers Maia and Alex Shibutani and gymnast Katelyn Ohashi. Alex described the Olympic movement as being about "the human spirit," educating the next generation on "unity, solidarity, fair play, understanding, and mutual respect." He added: "We are excited to move forward and build a brighter future with you." Katelyn, who had flown home that day after leading UCLA to first place in the UCAA regional championships, thanked Asia Society for the honor and acknowledged the "huge impact" which the organization has had on the Asian-American community.

The Philanthropic Leadership Award for Christie’s acknowledged L.A.’s growing importance in the art world and brought the evening full circle with Asia Society’s founding family. The introductory video included a tribute from David Rockefeller Jr., nephew of Asia Society’s founder and the son of a legendary art collector and philanthropist. Marc Porter, chairman of Christie’s Americas, accepted the award on behalf of Christie’s because of his role overseeing the sale of the Peggy and David Rockefeller Collection, which raised a record $800 million for charity. He told the audience that the Rockefellers shared a love for Asian culture, and, indeed, it was a transformative trip to Asia that "forever changed the way they collected art.” The Rockefellers also demonstrated that collecting art isn’t an investment but rather "a passion project that can be used to effect change well beyond one's lifetime."

Click to view the full gallery of gala dinner pictures.

Marc Porter, Chairman, Christie’s Americas, accepts a Philanthropic Leadership Award on behalf of Christie’s. He oversaw last year’s record-shattering sale of the Peggy and David Rockefeller Collection, which raised more than $800 million for charity. In his acceptance speech, he notes that building an art collection should not be viewed just as an investment, but as a passion project that can be used to effect change well beyond one's lifetime. (3 min., 21 sec.)

Goodwin Gaw, chairman and managing principal of Gaw Capital Partners, accepts the Urban Visionary Award at Asia Society Southern California's 2019 Annual Gala. In his remarks, Goodwin describes his career journey as an "L.A. Story, a story of collaboration and acceptance," beginning with turning around Hollywood by re-imagining the landmark Roosevelt Hotel. (8 min., 08 sec.)

UCLA gymnast Katelyn Ohashi accepts the Olympic Spirit Award, just having returned to Los Angeles from Michigan where UCLA won the NCAA Regional Championship. She is admired for her athletic artistry, her advocacy for women and inclusion, and her life lesson in balancing ambition and fulfillment. (50 sec.)

Stan Kasten, president and CEO of the Los Angeles Dodgers, accepts the U.S.-Asia Sports Visionaries Award on behalf of the storied franchise. In his remarks, Stan highlights the franchise's longtime leadership in diversity and inclusion and how these values influence everything the Dodgers do, from serving the local community to global outreach. (3 min., 35 sec.)