‘The Girl and the Picture’ – and the Power of Bearing Witness 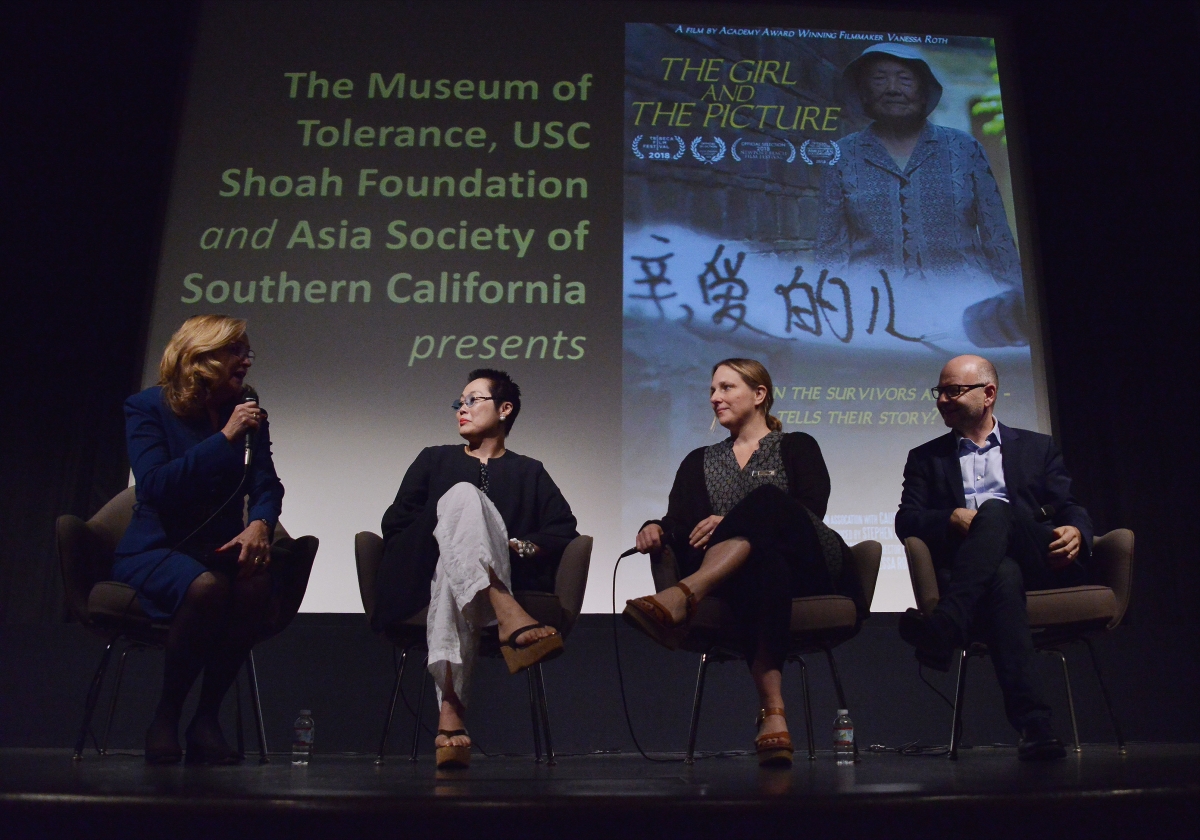 When Academy Award-winning documentary filmmaker Vanessa Roth was approached to make a film about a Nanjing Massacre survivor, she “didn’t know if it would resonate with American audiences. Many people had never heard of the Nanjing Massacre, or even Nanjing.” Roth nevertheless accepted, and her film – The Girl and the Picture – indeed resonated at a joint Asia Society Southern California, USC Shoah Foundation and Museum of Tolerance screening on November 27. The story has a “universal message,” Executive Producer Ceci Chan said on stage in a discussion with Roth and Producer Stephen Smith.

The Girl and the Picture features 88-year-old Xia Shuqin, who was a young girl when Japan invaded China in 1937, conquered Shanghai and advanced on the then-capital of Nanjing. Xia’s family was among the thousands of civilians killed by Japanese soldiers. Xia and one sister survived and were caught on film in front of their home’s ruins by John Magee, an American missionary in Nanjing who risked his life to document the violence. The film follows Xia as she passes down her personal history to her granddaughter and great grandson and meets Magee’s grandson, himself a photographer and camera man.

The Nanjing Massacre has long been a politically fraught topic between China and Japan, but Xia’s story and testimonials of fellow survivors “bring it to a personal level and create a different narrative,” said Smith, who produced The Girl and the Picture in his capacity as the Executive Director of the USC Shoah Foundation. The Steven Spielberg-founded organization has a mandate to collect stories not just about the Holocaust, but about global conflicts to bear witness, educate and prevent future violence. Working with China’s Nanjing Memorial, the Foundation is interviewing the remaining 102 survivors. Xia was the first to be interviewed and the only Chinese survivor to be included in the Foundation’s Dimensions in Testimony collection of interactive, holographic biographies in Los Angeles. The initiative is part of the Visual History Archive, which contains 55,000 video testimonies.

Speaking about the film, Executive Producer Chan said, “Our mission here is to increase positive energy.” She elaborated: “Can we through the story of an eight-year-old girl bring love and kindness? Can we reduce violence, reduce hatred, reduce racism? It’s no different than looking at the story of Anne Frank.”

Many trauma survivors repress their experiences, and Xia didn’t speak about the Nanjing Massacre until she was 60 years old. But once she did, she became an outspoken witness, even successfully suing some Japanese who claimed her story – the Nanjing Massacre – was untrue. Director Roth said Xia’s bravery in speaking up and Magee’s decision to stay behind in Nanjing demonstrated the importance of individual choices – and action – in making and recording history.