The Trump administration has issued a series of executive orders intended to ban two major Chinese apps, TikTok and WeChat, from the U.S. market. The executive orders, which are based on national security grounds, will prohibit Americans from carrying out any "transactions" with the parent companies of TikTok and WeChat. In response, negotiations are underway for an American company to acquire some aspects of TikTok's U.S. operations. Lawsuits have been filed by TikTok, its employees and WeChat users, challenging Trump’s executive orders. This rapidly developing situation poses multiple questions of national security, constitutional law and cybersecurity, as well as the implications on US-China relations.

UC Berkeley School of Law has certified this program for 1.0 hour of MCLE credit.

Erwin Chemerinsky became the 13th Dean of Berkeley Law on July 1, 2017, when he joined the faculty as the Jesse H. Choper Distinguished Professor of Law.

He is the author of eleven books, including leading casebooks and treatises about constitutional law, criminal procedure, and federal jurisdiction. His most recent books are, We the People: A Progressive Reading of the Constitution for the Twenty-First Century (Picador Macmillan) published in November 2018, and two books published by Yale University Press in 2017, Closing the Courthouse Doors: How Your Constitutional Rights Became Unenforceable and Free Speech on Campus (with Howard Gillman).

He also is the author of more than 200 law review articles. He writes a regular column for the Sacramento Bee, monthly columns for the ABA Journal and the Daily Journal, and frequent op-eds in newspapers across the country. He frequently argues appellate cases, including in the United States Supreme Court.

In 2016, he was named a fellow of the American Academy of Arts and Sciences. In 2017, National Jurist magazine again named Dean Chemerinsky as the most influential person in legal education in the United States.

James Dempsey has been a leading expert on privacy and Internet policy for three decades. From 1997 to 2014, he was at the Center for Democracy & Technology, where he held a number of leadership positions, including Executive Director (2003 to 2005) and head of CDT West (2005 to 2014).

In August 2012, after Senate confirmation, Dempsey was appointed by President Obama as a part-time member of the Privacy and Civil Liberties Oversight Board (PCLOB), an independent federal agency charged with advising senior policymakers and overseeing the nation’s counterterrorism programs. He served in that position until January 2017.

Prior to joining CDT, Dempsey served as Deputy Director of the non-profit Center for National Security Studies and Special Counsel to the National Security Archive. From 1985 to 1995, Dempsey was Assistant Counsel to the House Judiciary Committee’s Subcommittee on Civil and Constitutional Rights. He practiced law as an associate at Arnold & Porter, in Washington, DC, and clerked for Judge Robert Braucher of the Massachusetts Supreme Judicial Court.

Dempsey is author or co-author of articles in law reviews and other journals, including “The Path to ECPA Reform and the Implications of United States v. Jones,” Univ. of San Francisco L. Rev. (2012), and “Privacy as an Enabler, Not an Impediment: Building Trust into Health Information Exchange,” Health Affairs, (2009). He is co-author of the book Terrorism & the Constitution: Sacrificing Civil Liberties in the Name of National Security (New Press, Third edition, 2006) (with Prof. David Cole of Georgetown). He is co-editor of Bulk Collection: Systematic Government Access to Private-Sector Data (Oxford, 2017) (with Fred H. Cate).

Susan Shirk is the Chair of the 21st Century China Center and Research Professor at the School of Global Policy and Strategy at the University of California San Diego. She is also director emeritus of the University of California’s Institute on Global Conflict and Cooperation (IGCC). Susan Shirk first visited China in 1971 and has been teaching, researching and engaging China diplomatically ever since.

From 1997-2000, Dr. Shirk served as Deputy Assistant Secretary of State in the Bureau of East Asia and Pacific Affairs, with responsibility for China, Taiwan, Hong Kong and Mongolia.

She co-chairs a task force of China experts that issued its second report “Course Correction: Toward an Effective and Sustainable China Policy,” in February 2019. She is also co-chair of the UC San Diego Forum on U.S.-China Relations, the first ongoing high-level forum focused entirely on the U.S.-China relationship.

Dr. Shirk received her A.B. from Mount Holyoke College, M.A. from University of California Berkeley, and PhD from the Massachusetts Institute of Technology.

Dr. Song is a law professor, practicing attorney, and published author on U.S.-China intellectual property law and entertainment law. She is the former Director of the Asia-America Law Institute at Loyola Law School, Los Angeles, and a Guest Professor at Peking University School of Law and Beijing Film Academy. Prior to  joining the academic world, Dr. Song held a number of senior positions, including Senior Counsel at Disney, overseeing the company’s IP and legal matters in the Asia Pacific region, and former partner at King and Wood, heading the IP department in the firm’s Shanghai office. Dr. Song also serves on the Editorial Board of the Journal of the Copyright Society of the U.S.A.  Dr. Song earned her LL.M. from Hong Kong University, and a second LL.M. and a J.S.D. from School of Law at the University of California, Berkeley. 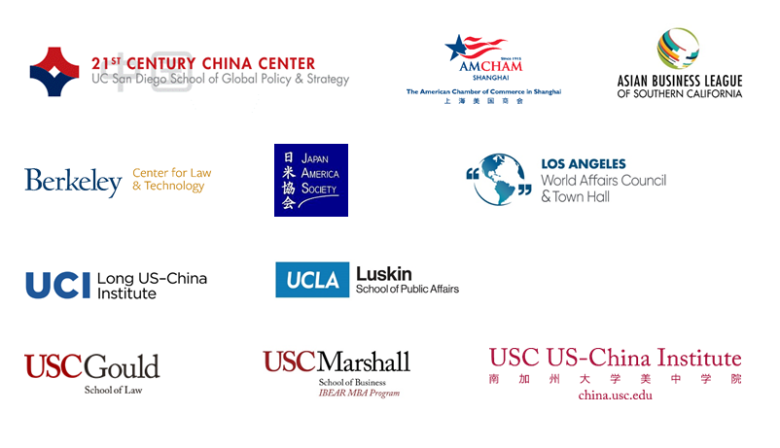