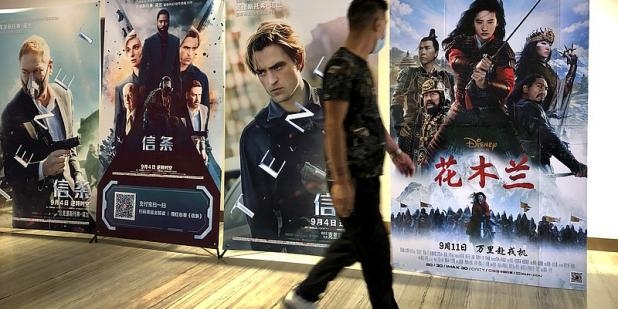 Beginning with the release of The Fugitive in 1994 as the first American film to enter Chinese theaters in decades, Hollywood’s relationship with China has undergone a series of changes over the ensuing years. China would eventually become an essential market for Hollywood films, with collaboration between the American and Chinese industries culminating in the mid-2010s with the rise of co-productions.

The studios’ relationship with Beijing has always been fraught, however, from a spate of Tibet-related scandals in the 1990s to the 2012 Red Dawn remake’s post-production revision from a Chinese antagonist to a North Korean one. For the past two years, the Chinese box office has surpassed North America’s to become the biggest in the world—a market in which success can make or break the profitability of Hollywood’s many high-budget, tentpole films. Producing a film that is marketable to Chinese audiences and acceptable to government censors has become an increasingly large factor in the calculus of which types of films get made in Hollywood, and even their content and casting.

In his new book on the topic, Red Carpet: Hollywood, China, and the Global Battle for Cultural Supremacy, Wall Street Journal reporter Erich Schwartzel explores the political history and showbiz intrigue that have come to shape the movies that audiences across the globe watch. Join Asia Society Southern California for a conversation between Schwartzel and leading China scholar Dr. Stanley Rosen, who will bring his academic expertise to this “fireside chat.”

Erich Schwartzel's first book, Red Carpet: Hollywood, China, and the Global Battle for Cultural Supremacy, was published in February 2022 by Penguin Press. Red Carpet was a New York Times Editors' Choice, called a "page-turner" by Foreign Affairs, and named one of the 125 best books about Hollywood by Esquire. Schwartzel has reported on the film industry for The Wall Street Journal since 2013. His work on Red Carpet was featured on NPR's Fresh Air and CNN’s “The Lead with Jake Tapper,” and excerpted in The Atlantic, The Washington Post, and The Wire China. Previously, he covered energy and the environment for The Pittsburgh Post-Gazette, where his work won the Scripps Howard Award for Environmental Reporting. He lives in Los Angeles.

Stanley Rosen is a Professor of Political Science and International Relations at the University of Southern California. His research and teaching focuses on Chinese politics, society and culture, particularly Chinese film, Chinese soft power, and film and politics in comparative perspective. He was the director of USC's East Asian Studies Center and Chair of the Department of East Asian Area Studies from 2005-2011. He has taught and served as a board member for research centers at universities in mainland China, Hong Kong, and Taiwan. His most recent publications include the co-edited Soft Power with Chinese Characteristics: China's Campaign for Hearts and Minds (co-edited, Routledge, 2020). He is currently co-editing a volume entitled Chinese Politics: The Xi Jinping Difference. Dr. Rosen holds a Ph.D. in Political Science (1979) and an M.A.in International Relations (1966) from UCLA, as well as a B.A. in English/Pre-Med from the University of North Carolina at Chapel Hill (1965).