Hong Kong on the Brink? (Postponed) 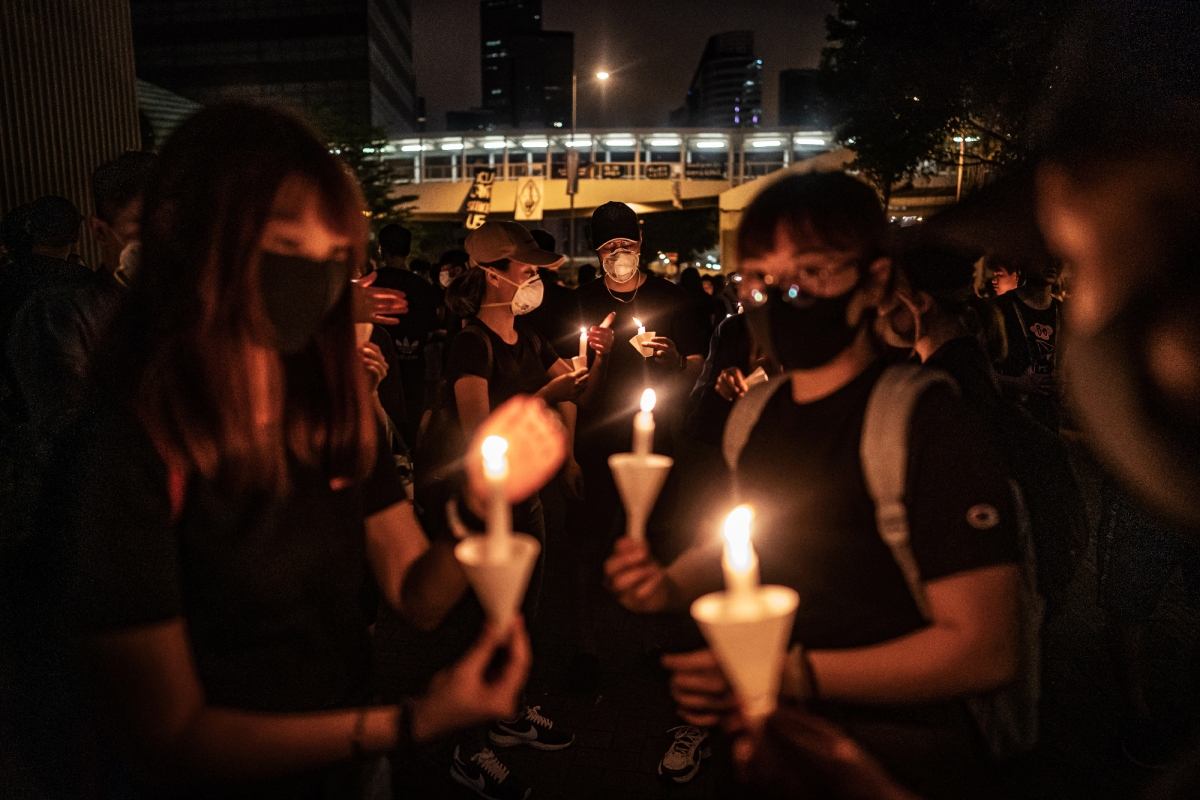 Mourners hold candles during a candlelight vigil to commemorate a protestor who died last night during a rally against a controversial extradition law proposal on June 17, 2019 in Hong Kong China. (Photo by Anthony Kwan/Getty Images)

IMPORTANT: Programs scheduled for March will be rescheduled for a future date. If you are registered for one of the events that has been postponed, we will contact you individually and issue a refund for your ticket purchase. The health and well-being of our members, event attendees and speakers is paramount.

Asia Society Southern California, in partnership with Los Angeles World Affairs Council & Town Hall, is hosting a breakfast briefing on the Hong Kong protest movement. Join us on March 25th for a discussion with Jeffrey Wasserstrom, one of America’s leading China specialists. Wasserstrom draws on his many visits to the city, and knowledge of the history of repression and resistance, to help us understand the deep roots and the broad significance of the events we see unfolding day by day in Hong Kong. Will Hong Kong collapse under the pressure of China’s authoritarianism, and what does this mean for China’s global ambitions and expansionism?

The discussion will be moderated by Sewell Chan, Deputy Managing Editor at the LA Times.

Jeffrey Wasserstrom is Chancellor’s Professor of History at the University of California, Irvine, where he also holds courtesy appointment in Law and Literary Journalism. He is the author of five previous books, including China in the 21st Century: What Everyone Needs to Know (co-authored by Maura Elizabeth Cunningham) and Eight Juxtapositions: China through Imperfect Analogies from Mark Twain to Manchukuo. He is an adviser to the Hong Kong International Literary Festival and a former member of the Board of Directors of the National Committee on U.S.-China Relations.

Sewell Chan joined the Los Angeles Times in September 2018. As the deputy managing editor for news, he oversees the news desk (previously known as the digital hub), the multiplatform copy desks, audience engagement, newsletters and the Data Desk. He previously worked for 14 years at the New York Times, where he was a metro reporter, Washington correspondent, deputy Op-Ed editor and international news editor. He was part of a team of journalists awarded the Pulitzer Prize for breaking news coverage of a scandal that brought down Gov. Eliot Spitzer of New York. Chan began his career in 2000 as a reporter at the Washington Post, reporting on local government, education and social services.

Click here to register. Please use the discount code: asia20 at checkout to get ASSC member priced tickets.