Asia Society at the Movies: I Was A Simple Man 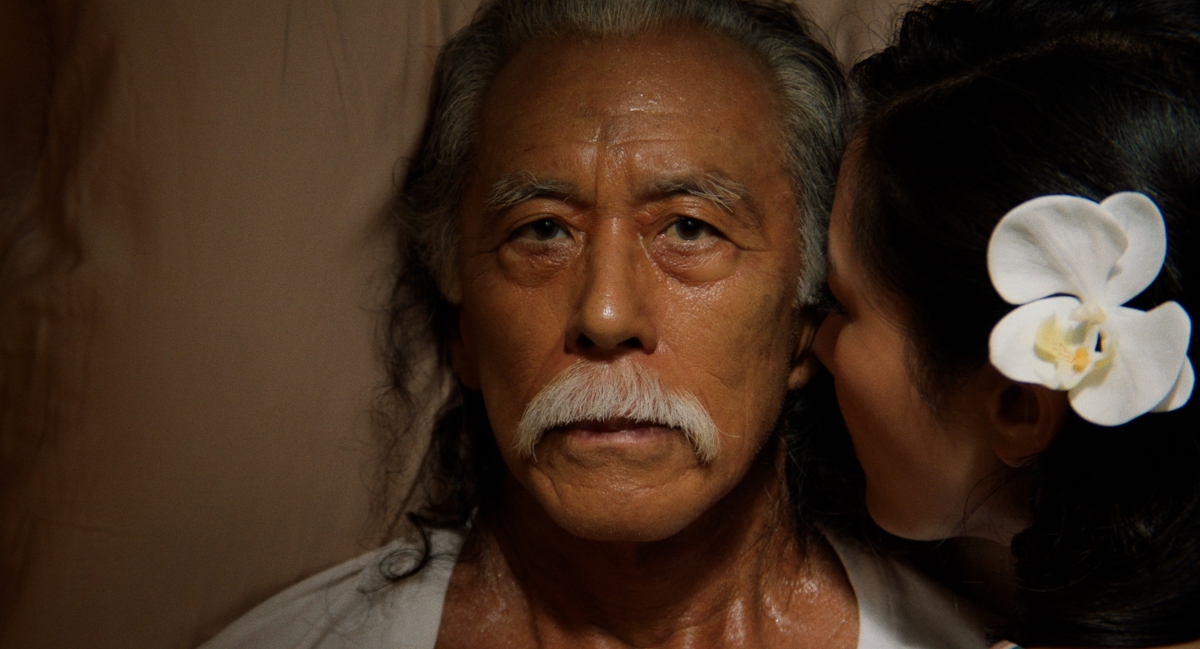 I Was A Simple Man is a ghost story set in the pastoral countryside of the north shore of O‘ahu,
Hawai‘i. Revealed in four chapters, it tells the story of an elderly man facing the end of his life,
visited by the ghosts of his past. Incorporating familial history and mythology, dream logic and
surrealism, I Was a Simple Man is a time-shifting, kaleidoscopic story of a fractured family
facing the death of their patriarch that will take us from the high-rises of contemporary
Honolulu to pre-WWII pastorals of O‘ahu and, finally, into the beyond.

Join Asia Society at the Movies for a conversation that explores the film with director Christopher Makoto Yogi.

Christopher Makoto Yogi (Writer/Director/Editor) is an artist and filmmaker from Honolulu, Hawai‘i. His debut feature film, the award-winning August at Akiko’s, had its World Premiere at the International Film Festival of Rotterdam in 2018 to critical acclaim. Richard Brody in The New Yorker named it one of the best films of 2019. I Was a Simple Man, his second feature film, has participated in the Sundance Screenwriters and Directors Labs, IFP Film Week, Film Independent’s Fast Track, and received a Jerome Foundation and Cinereach grant. Yogi's short films include the documentaries Occasionally, I Saw Glimpses of Hawai‘i and Makoto: or, Honesty, and the fiction film Obake (Ghosts). Yogi is a Berlinale Talents, Visual Communications’ Armed with a Camera, Kyoto Filmmakers Lab, and New York Film Festival Artists Academy fellow.

Rachel Cooper is director of the Culture as Diplomacy Initiative at Asia Society. Cooper has presented and served as curator for film programs from India, Indonesia, China, Iran, Japan, Korea, and Thailand, as well as produced and presented performances from throughout Asia. She has co-sponsored and presented various film festivals and film series at Asia Society, including the Iranian Documentary and Short Film Festival, the Asian American International Film Festival, and the IAAC India Film Festival, among others. She has organized major arts and culture initiatives, including Festival of Song: Music of India and Pakistan, Creative Voices of Islam in Asia, Festival of Indonesia, and Dance—the Spirit of Cambodia. In addition, she has conducted and published research on the international impact of the arts, which resulted in the report Making a Difference through the Arts. In 2006 she was awarded the Dawson Award for Sustained Excellence in Arts Programming.

Discounted tickets for I Was A Simple Man are available in Los Angeles at the Laemmle Royal (11523 Santa Monica Blvd. West L.A., CA 90025) for Asia Society members. Just ask for the "JENNI JAM" discount at the box office for an $8 ticket. Arrive early, first come first served. The discount is not available for online ticket purchases.

I Was A Simple Man

This program and screening are made possible by Strand Releasing.