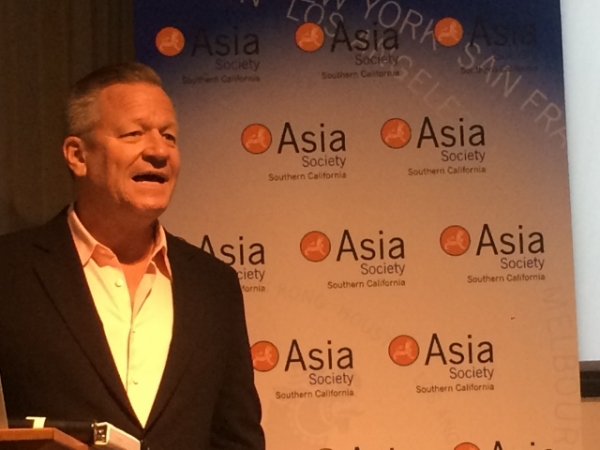 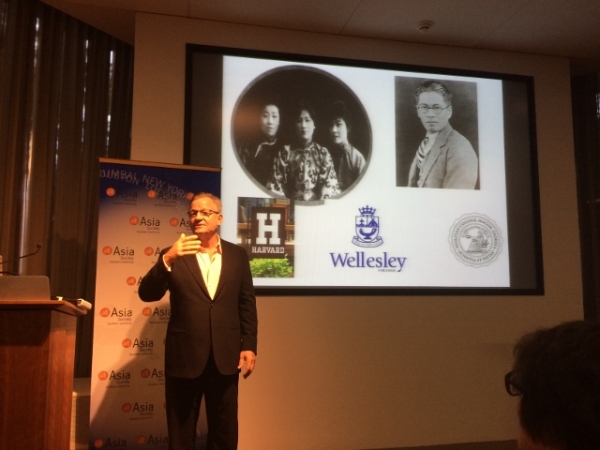 Asia Society Southern California and UCLA’s Asia Institute on April 29 co-hosted bestselling author James Bradley, whose latest book, The China Mirage: The Hidden History of American Disaster in Asia, chronicles U.S. misunderstanding of China. That misperception, in his opinion, led to three unnecessary wars: World War II, Korea and Vietnam, and the root of the problem was the so-called mirage: American policymakers' belief that China wanted to be “Americanized, Christianized and democratized.”

“The stumbling block in the American mind since George Washington is that the old China will go away and a new China will emerge that’s friendlier, more Western and hopefully more like the U.S.,” Bradley said. He walked the audience through America's involvement with China since the Opium Wars of the 19th century -- Franklin Delano Roosevelt's maternal grandfather was an opium smuggler. In the U.S., Chinese residents were subjected to exclusionary laws that effectively made them the first illegal immigrants. But while Americans derided Chinese in their midst, they idealized the Chinese in China, thanks to the influence of missionaries.

That contributed, for instance, to the alliance with nationalist Chiang Kai-Shek, a Methodist convert who was projected by U.S. media as a democratic leader, over communist Mao Zedong. Washington's failure to engage mainland China for two decades after the Chinese revolution only compounded its lack of understanding, Bradley said.

Bradley’s first book, Flags of Our Fathers, as inspired by his father, who had been one of the U.S. servicemen who hoisted the flag on Iwo Jima. He said he wrote The China Mirage because he wanted to understand why his father fought and so that his 18-year-old son won’t have to face “an avoidable war because we misunderstand China.”

Moreover, he said, America doesn't have to like China, but since it's one-fourth of humanity, the country should be engaged and better understood. "There is a very rickety bridge over the Pacific," he noted. The China Mirage is just calling for it to be strengthened and widened."