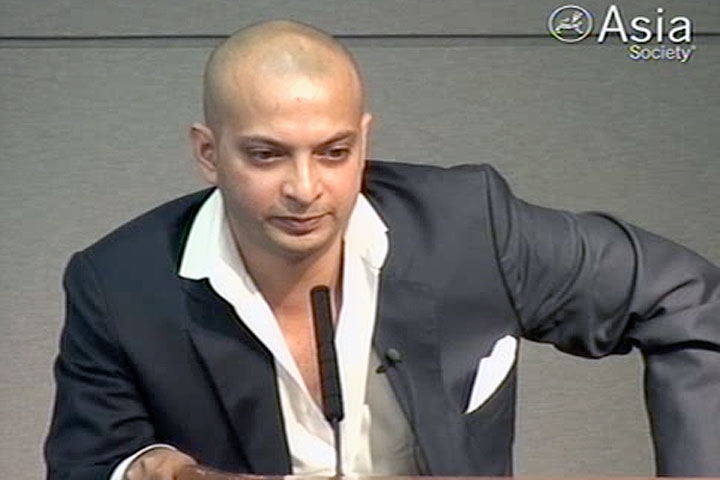 Home Boy is about three Pakistani boys who embark upon a journey to find their missing friend. Chuck, AC and Jimbo are forced to question their identities, both as Pakistanis and Americans, in the rapidly changing world after 9/11.

The son of a diplomat, Naqvi has lived in both the United States and Karachi. The characters in his book represent a wide variety of socioeconomic backgrounds within America’s Pakistani community, from taxi drivers to wealthy socialites. Sharma pointed out that Naqvi’s Pakistani characters, or ‘metrostanis,’ are often radical individuals.

In the novel, 9/11 is a silent character that creeps into the lives of these young men and yet remains in the background of the story. “I think that everybody in the audience has a 9/11 story,” observed Naqvi but he also admitted that he found it difficult to recreate the tragedy.

“I left it between paragraphs in the white space so that a reader can summon his own experience,” maintained Naqvi. Sharma noted the author added humor to “take the edge off” of this somber topic.

When asked whether the events of September 11th were a major inspiration for a new emergence of Pakistani authors today, Naqvi said, “there’s always been Pakistani writing,“ but did admit "I wouldn’t have written Home Boy had it not been for 9/11.”

This event was a part of Asia Society's Creative Voices of Islam in Asia project, generously funded, in part, by the Doris Duke Foundation for Islamic Art and Lisina Hoch.