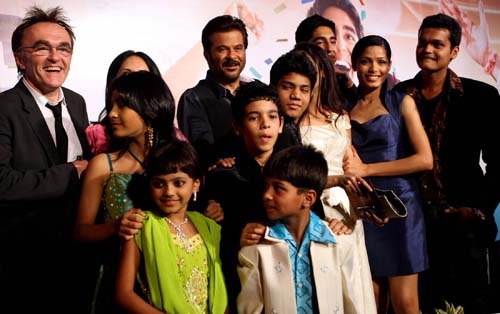 MUMBAI, April 28, 2009 - As global accolades, including a Golden Globe win and numerous Oscar nominations, for Slumdog Millionaire piled up, there was great anticipation for its release in India, especially in Mumbai where the movie was set. But when the movie was released here on January 23, reactions ranged from lukewarm to disgusted dismissal.

Amitabh Bachchan, Bollywood icon, Mumbai resident and the real-life presenter of Kaun Banega Crorepati (the Indian version of Who Wants to be a Millionaire) was one of the first to publicly denounce SDM. His accusations were two-fold: first, that the West frequently focuses on the negative in India and not on its innovativeness and enterprising spirit; second, he points out that an Indian director making a Western-style film would not have garnered the same media attention lavished on SDM, an Indian-focused film helmed by a Western director, Danny Boyle. This is an inaccurate statement since movies by Shekhar Kapur (Elizabeth), M. Night Shyamalan (Sixth Sense) and Gurinder Chadha (Bend It Like Beckham) have all been recognized internationally. The fact is, the movie highlights slums and focuses negative international attention on India—and this is what's offensive.

Located in the heart of Mumbai, Dharavi—where the protagonist of SDM grows up—is the largest slum in Asia. It's a plot of land about half the size of New York's Central Park that’s home to an estimated 300,000–1 million people. Dharavi is a city within a city and has evolved over the last hundred years. Mira Nair’s Salaam Bombay, an iconic movie about slum life in the red light district of Kamathipura, Mumbai, was made about 20 years ago, but if one watches the two movies today, the scenes are still strikingly similar.

Dharavi is not by any means Mumbai’s only slum; 50 percent of Mumbai's 16 million inhabitants live in slums. But the existence of Dharavi and other slums is an image that Mumbai residents want to forget. The upwardly mobile middle class sees itself as being from an India that is economically vibrant, young, and powerful on the global stage. The India that SDM focuses on, with its poverty and deprivations, is part of the reality of India—but it’s a reality that contradicts the vision that the city has for itself.

This same sentiment also played out in the country's reaction to White Tiger, Aravind Adiga's Booker Prize-winning novel, which presents a very dark and disturbing view of India and its poverty. The international recognition that the book has garnered was not appreciated here. Adiga was accused of presenting a negative image of India to win praise abroad.

Whether SDM is truly an Indian movie is also a topic of discussion in the media. SDM's Indian genealogy is long—it is based on a novel, Q & A, by Indian diplomat Vikas Swarup, it was shot almost entirely in Mumbai, features an all-Indian cast (though the protagonist is played by a British Indian actor), the score is by a well-known Bollywood music composer, A.R. Rahman, and the sound design is by Resul Pookutty, another Bollywood vet. That is, however, where contribution of SDM's Indian parents ends. SDM was made by a British director with American and British funds. The glossy quality of the movie and its stylishly edited scenes are classic Boyle. And more significant to the Indians is the fact that the presentation of Indian slum life was made by a British director, a non-Indian, a foreigner.

SDM has unleashed on Dharavi, and probably other slums, an interest in slum tours. Reality Tours, a company that organizes tours of the streets of Dharavi, stresses that the tours are put together after consultation with Dharavi residents. Tour guides who work for Reality Tours are mostly slum residents themselves. Profits from the tours are also said to be reinvested into the community in the form of English-language schools and vocational institutions. The popularity of such tours may have the trickle-down effect of promoting greater awareness of slum conditions resulting in the diversion of much needed education and health services to the slums. Nevertheless, the moral justifications of slum tours (like disaster tourism) are debatable.

Slum dwellers have also taken umbrage to the use of the word "slumdog" (a word coined by the film's screenwriter, Simon Beaufoy). Slum dwellers staged a protest here in early February hurling insults and hitting pictures of its cast and crew with slippers.

Despite having been the number one topic of discussion, commercially, the movie has not done very well in Mumbai. Within three weeks of opening, the movie has been relegated to showing to half-empty theaters in a handful of cinemas. By the time its fate is determined at the 2009 Academy Awards on February 22, the movie will likely not be showing in India at all. It does not have the traditional elements of a Bollywood movie nor the elements that makes a Hollywood film popular here. With a foot in each genre, it was in no-man's land.

Mumbai is a city that has recently been ravaged by terrorist attacks but it remains a city of dreams and a city that likes to dream. Nurtured by a steady diet from Bollywood, that ultimate supplier of the impossible dream, Mumbai is feasting on whatever riches SDM brings to its table—global attention to its abject poverty, yes, but also to its vibrancy and pluck; Golden Globe and Oscar nominations are awards for its sons, and hopefully bring increased tourism to its shores, and an increased global viewership for Bollywood films.