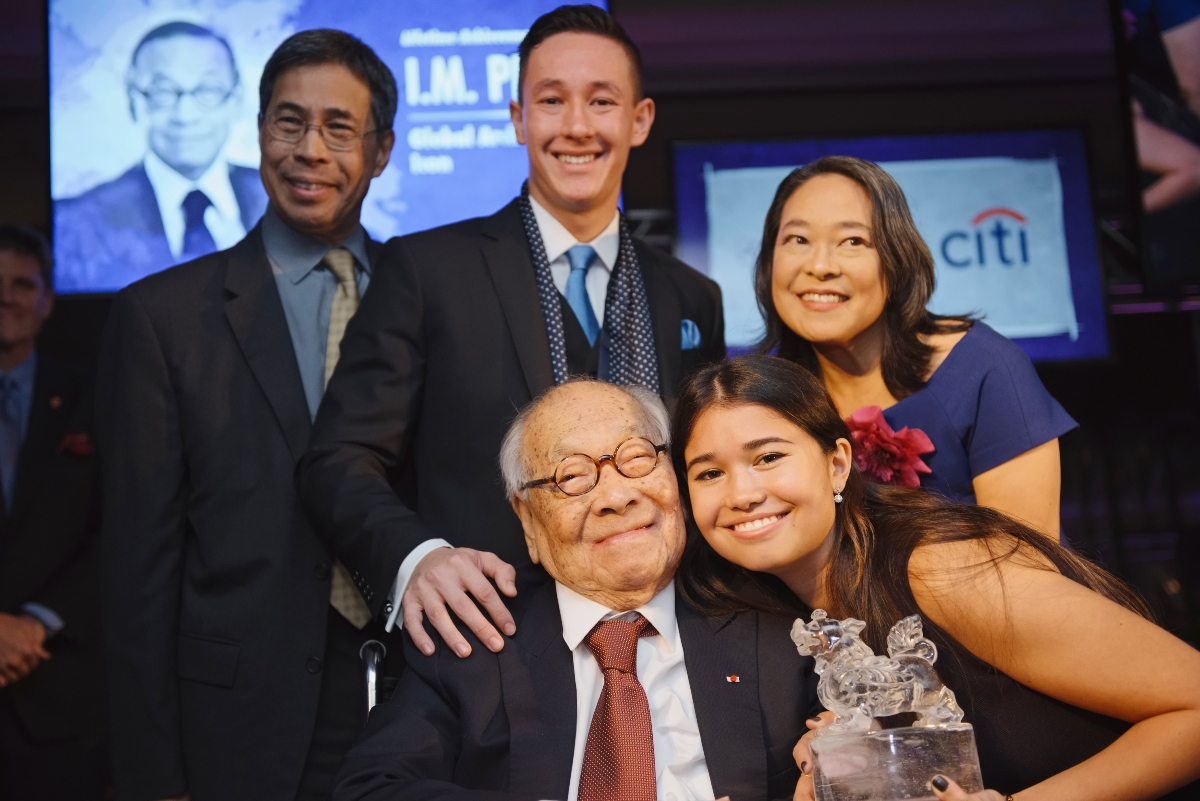 Asia Society mourns the loss of I.M. Pei, the renowned architect who died Thursday morning in New York at age 102.

Born in China in 1917, Pei arrived in the United States in the 1930s and became the in-house designer for New York property developer William Zeckerdorf in 1948. Over the next decades, Pei achieved worldwide acclaim for works that include the National Gallery of Art's East Building in Washington, D.C.; the Bank of China building in Hong Kong; and, most notably, the dazzling pyramid-shaped entrance to the Louvre Museum in Paris.

Later in life, Pei turned his attention to his country of birth, designing a hotel in Beijing's Fragrant Hills frequently used for state dinners and other official functions as well as the Suzhou Museum north of Shanghai. 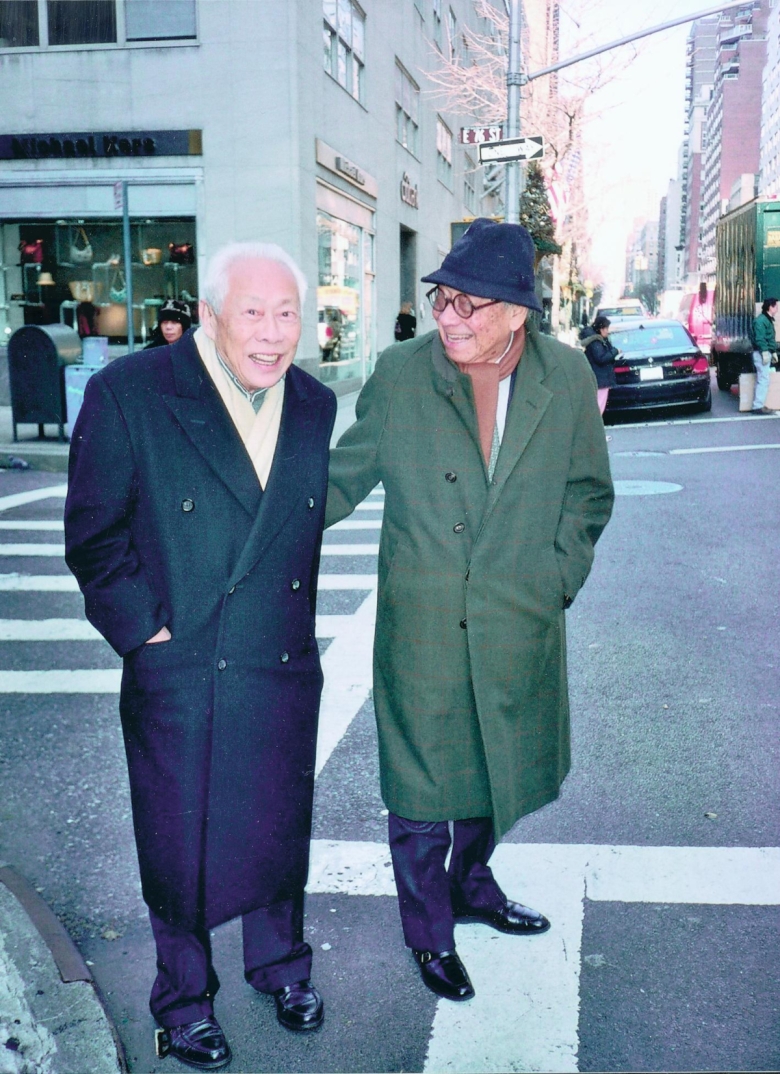 Asia Society is proud to have called I.M. Pei a friend. In the fall of 2016, the institution awarded him an Asia Game Changer Lifetime Achievement Award for his remarkable contributions to architecture and for embodying our mission of building bridges of understanding between Asia and the United States. Accompanied by his family, the 99-year-old Pei accepted his award in person at a ceremony held at the United Nations.

"I usually have a lot to say, but tonight — I'm sorry," he said. "I'm grateful. I'm thankful. And I want to thank you all for coming."

That September, Asia Society welcomed Pei to our galleries to view Asia Society Museum's Fall 2016 exhibition No Limits: Zao Wou-Ki. Zao Wou-Ki, himself a China-born exile, was a lifelong friend of Pei's.

As he surveyed the crowd assembled to honor him at the Asia Game Changer Awards, Pei said he was very moved by the occasion, one he called a complete surprise.

"Thank you," he said. "And thank you again — for everything."

The gratitude, Mr. Pei, is ours.