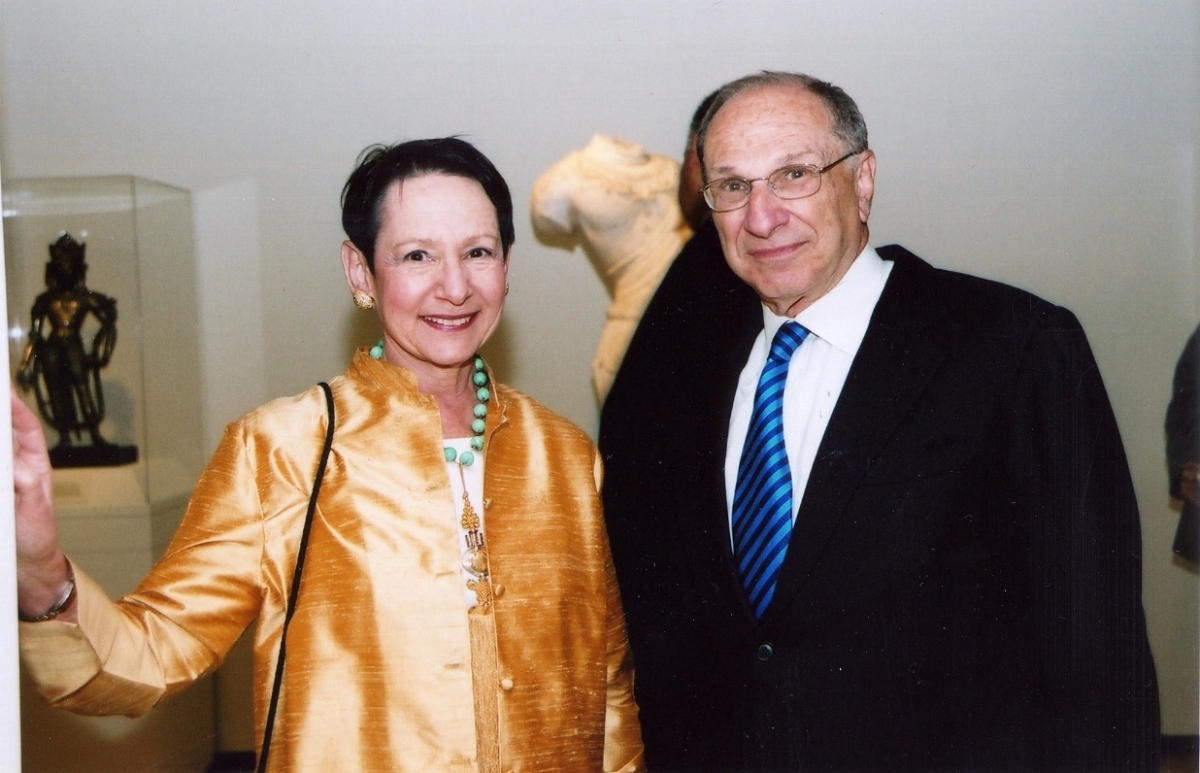 Harold J. "Hal" Newman, a beloved Asia Society trustee and generous supporter of the organization, passed away on Thursday at the age of 90. Along with his wife Ruth, Hal had been closely involved with Asia Society since 1988, first serving as a trustee from 1989 to 1997 before rejoining the board in 2007 and remaining an active member through the rest of his life. Throughout their association with the institution, Hal and Ruth supported a wide range of initiatives, endowing Asia Society's Collection of Contemporary Asian Art, which includes 28 works they donated themselves.

Hal led a remarkably full life, one characterized by a successful career in international finance as well as decades of generous philanthropy. As a young man, he served in the Strategic Intelligence branch of the U.S. Army during the Korean War, and later taught geography at the University of Pennsylvania's Wharton School of Business. At the University of Oklahoma, where Hal obtained a degree in geography, he and Ruth created and endowed the Institute of U.S.-China Issues, which focuses on important topics of relevance to the two countries. They also established a prize for modern Chinese literature to be awarded to a living Chinese writer. The first awardee of the Newman Prize, novelist Mo Yan, later received the Nobel Prize in literature in 2012.

Hal's lifelong passion for the arts extended to Broadway, where he produced a number of Tony-award winning shows, and included a Nashville music company and an off-Broadway theater group. Hal served on the board of several cultural institutions and cultivated hobbies such as dancing, tennis, writing poetry, and studying history.

Members of the Asia Society family pay tribute to Hal below.

Hal Newman had a contagious love of life, work, and the Asia Society.

Sometimes in life you are touched by the sheer humanity of a single individual. Hal Newman was one such person. The legacy he leaves is a great one. And for many years to come, those of us at the Asia Society will continue to thank him for his vision, his deep generosity, and for always making it fun along the way.

I will forever miss Hal. He was one of the most curious, enthusiastic, and joyful people I’ve ever had the pleasure of knowing. He truly made everything and everyone around him brighter with his infectious happiness. Hal’s legacy of philanthropy, generosity, and kindness will live on through his family and all those he impacted.

Hal Newman possessed an unforgettable mix of intellect, humor, and generosity of spirit. Few have supported the Asia Society to the degree that he and Ruth did; fewer still had the infectious enthusiasm and energy Hal brought to every endeavor, indeed to every meeting or conversation. One left those conversations with Hal feeling enriched, inspired — and always one left with a smile. I am deeply grateful to have known this wonderful man.

This post will be updated with more reflections from the Asia Society family.