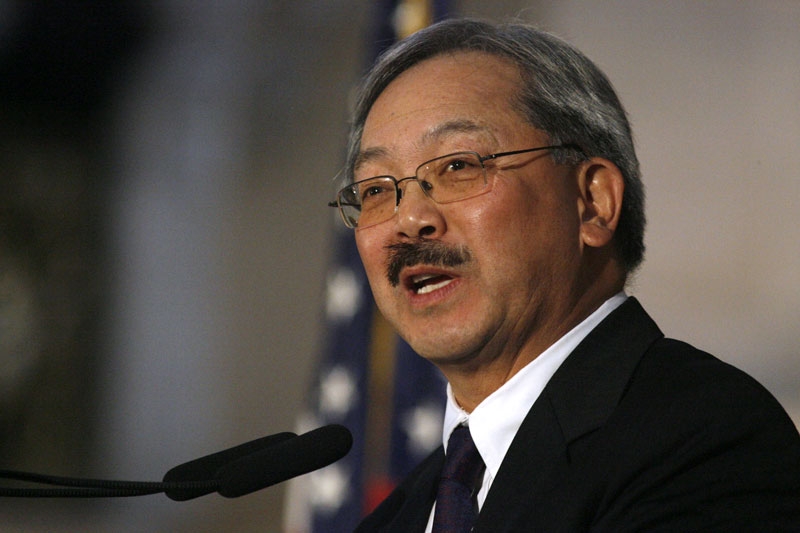 SAN FRANCISCO, November 15, 2011 — “Ed was not the flashy kind of mayor like San Francisco had during the last two administrations,” said Samson Wong, a columnist for AsianWeek.com, comparing San Francisco Mayor Ed Lee to the high-profile personalities of former mayors Gavin Newsom and Willie Brown. He noted that San Franciscans “did not want that kind of mayor and [wanted] a mayor that is leading, governing, and taking care of business. At least that was the impression that Mayor Lee was conveying.”

Wong appeared as one of a panel of experts and academics, “Asian American Political Clout: A Post Election Analysis,” convened here by Asia Society Northern California. According to the panel, Lee’s historic win in San Francisco’s mayoral election on November 8 highlights the strong political influence of the city’s Asian American electorate.

Appointed to the post in 2010 by then-Mayor Gavin Newsom (now Lieutenant Governor of California), Ed Lee is the first Chinese American elected to the city’s highest political office. The election was also the first time ranked-choice voting was used in San Francisco, a system which obviates the need for run-off elections by allowing voters to select their top-three candidates in order of preference.

One key factor that handed Lee victory was his race, the panelists suggested. While turnout for the election was low, at approximately 40 percent citywide, Asian Americans, particularly Chinese Americans, were instrumental to Lee’s success. Among the Asian American electorate the turnout rate of more than 50% was a city record.

Moreover, “sixty-five percent of Ed Lee’s votes came from absentee ballots,” David Lee, Executive Director of the Chinese American Voters Education Committee (CAVEC), further reported (see David Lee’s presentation). “Of the more than 200,000 absentee ballots sent out, we found that 40 percent of [those who requested] them had Chinese surnames.” Lee went on to note that Asian Americans, who represent 18% of the city’s registered voters, voted at a much higher rate than voters as a whole, and the Chinese American absentee vote was an especially critical part Lee’s mayoral victory.

“Asians are the fastest-growing racial group in the United States,” according to Janelle Wong, a Professor of Political Science and Ethnic Studies at the University of Southern California, who participated in the panel. She noted that between 2000 and 2010, the Asian population has grown 46% compared to 10% for all other racial groups, making Asians in the United States a “growing political force.” The Bay Area in particular has the highest proportion of Asian Americans, with almost one in four residents in this group (see Janelle Wong’s presentation).

So was race a factor in Lee’s mayoral victory? Yes and no, according to the panel. Reporting on a comprehensive national survey on voting preferences among Asians, Taeku Lee, Professor and Chairman of Political Science at UC Berkeley, noted that while his research (co-authored with Professor Wong) found Asians are more inclined to vote for candidates with the same racial identity as theirs, there is variance in how the different co-ethnic groups (e.g. Chinese, Koreans, Japanese) cast their ballots. As the San Francisco mayoral election showed, Chinese-Americans overwhelmingly supported Ed Lee over his two runner-ups, John Avalos and Dennis Herrera. However, Professor Lee went on to emphasize that the “question of co-ethnic voting is strongest among Korean-Americans and weakest among Indian-Americans.”

While race and ethnicity may have influenced the outcome of the election, politics-as-usual was also an important element to Lee’s victory. In a field of 16 candidates, Mayor Lee’s opponents in the election included three Chinese Americans (David Chiu, Leland Yee, and Phil Ting) and one Japanese American (Jeff Adachi), all of whom have been active for years in city politics.

According to Professor Wong, Lee’s aversion to negative campaigning, inclination for operating “above the fray,” and relatively conservative platform helped him win votes over all his Asian American opponents, even in districts where his challengers served as supervisors. Moreover, endorsements from San Francisco political heavyweights, including former mayor Willie Brown and the hugely influential Rose Pak, show the central role that politicking had in Ed Lee’s clinching of this historic election.