A New Landscape in Southeast Asia 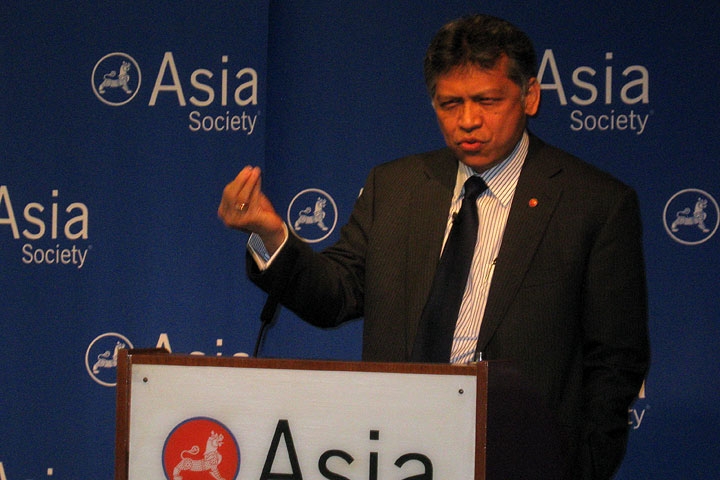 NEW YORK, February 19, 2010 - Southeast Asia today is confident of its enhanced position on the global stage and is willing to take on added responsibilities, according to ASEAN Secretary General Dr. Surin Pitsuwan. Speaking at a breakfast event organized by the Asia Society in his honor, Pitsuwan said, "The world is expecting Southeast Asia to contribute, to pull this train of economic recovery." A population of over half a billion people, US $1.5 trillion combined GDP, and a rising middle class with rising purchasing power are some of the important attributes that make Southeast Asia's 10 sovereign states attractive to the rest of the world.

The ASEAN Secretary General welcomed renewed American engagement in the region, but cautioned that re-engaging with Southeast Asia requires a few considerations, given how much the region has changed in the last 10 years. The emergence of the ASEAN Charter, Chiang Mai Initiative, East Asia Summit (EAS), and Asia-Europe Meeting (ASEM) are among the primary actors in the transformed landscape in East Asia. Furthermore, the US is no longer the main trading partner nor the largest investor in the region.

Pitsuwan used the analogy of a ceremonial umbrella to underscore his point. "The umbrella is not straight overhead, it has to be symbolically behind, not direct, not overwhelming, not imposing, but there to provide that sense of security, trust and confidence to the region. For that reason, the US has been playing that role of the umbrella but not quite above, as in during the Vietnam War. That sensitivity has to be taken very seriously," he added.

Responding to a question about the rise of China, he expressed that most countries in ASEAN are, in fact, quite comfortable with China and welcome the opportunity to be in the manufacturing supply chain for its factories. In Pitsuwan's view, the biggest challenge now facing the Southeast Asian countries is the transition from being export growth economies to the development of their own domestic markets. This shift in economic models is necessary to maintain the sustainable development of the region despite the potential economical, psychological, and social implications of the change.

Regarding a question about ASEAN's cooperation with Myanmar after Cyclone Nargis, Pitsuwan contended that it was helpful in creating a higher level of comfort between the two sides, which could lead to other humanitarian windows of opportunity in the future. That collaboration was also helpful, he thought, in convincing the Myanmar leaders (to some degree) that the outside world isn't as hostile as they think, and that room exists for increased interaction.

Pitsuwan concluded, "If the ASEAN people can succeed in their mission and in their vision, the world will have one less region to worry about, and that is a great contribution to the world."