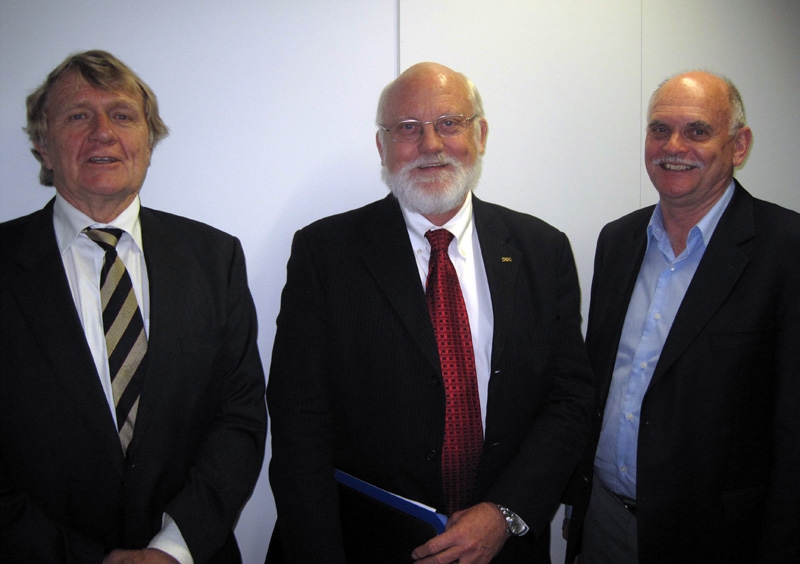 MELBOURNE, July 29, 2010 – Robert Zeigler, Director General of the International Rice Research Institute (IRRI), stressed the importance of a rice research as the world continues to face agricultural challenges in the wake of floods and droughts, in a roundtable discussion between Asialink, Asia Society AustralAsia Centre, and the Melbourne Sustainable Society Institute.

Zeigler advocated the need for a second Green Revolution, as the rice-dependent parts of the world—particularly Asia, Africa, and South America—struggle to combat environmental changes to grow rice effectively.

“More than 60 percent of the world’s 1 billion poorest and undernourished people live in Asia," Zeigler said. "Most of them eat rice at every meal, often with little else.”

Under the leadership of Zeigler, IRRI has developed a rice variety that can survive two weeks of complete water submergence. This is beginning to be utilized by farmers in South and South East Asia, an area known for its flood-related difficulties.

According to the IRRI estimates, by 2025, 15 to 20 million hectares of irrigated rice will be affected by some form of water scarcity, leading to a loss of rice production.

“Global rice production actually needs to increase by eight to ten million tons every year to keep pace with population and demand and to keep rice affordable.”

In order to maintain rice production, Zeigler called upon Australian universities to promote the next generation of agricultural scientists.

“It is only with the access to a high-quality education that we can equip the next generation of scientists with the tools they need to tackle food security,” he said. “Going into agricultural science is just as challenging and an agricultural breakthrough can save or improve the lives of millions.”