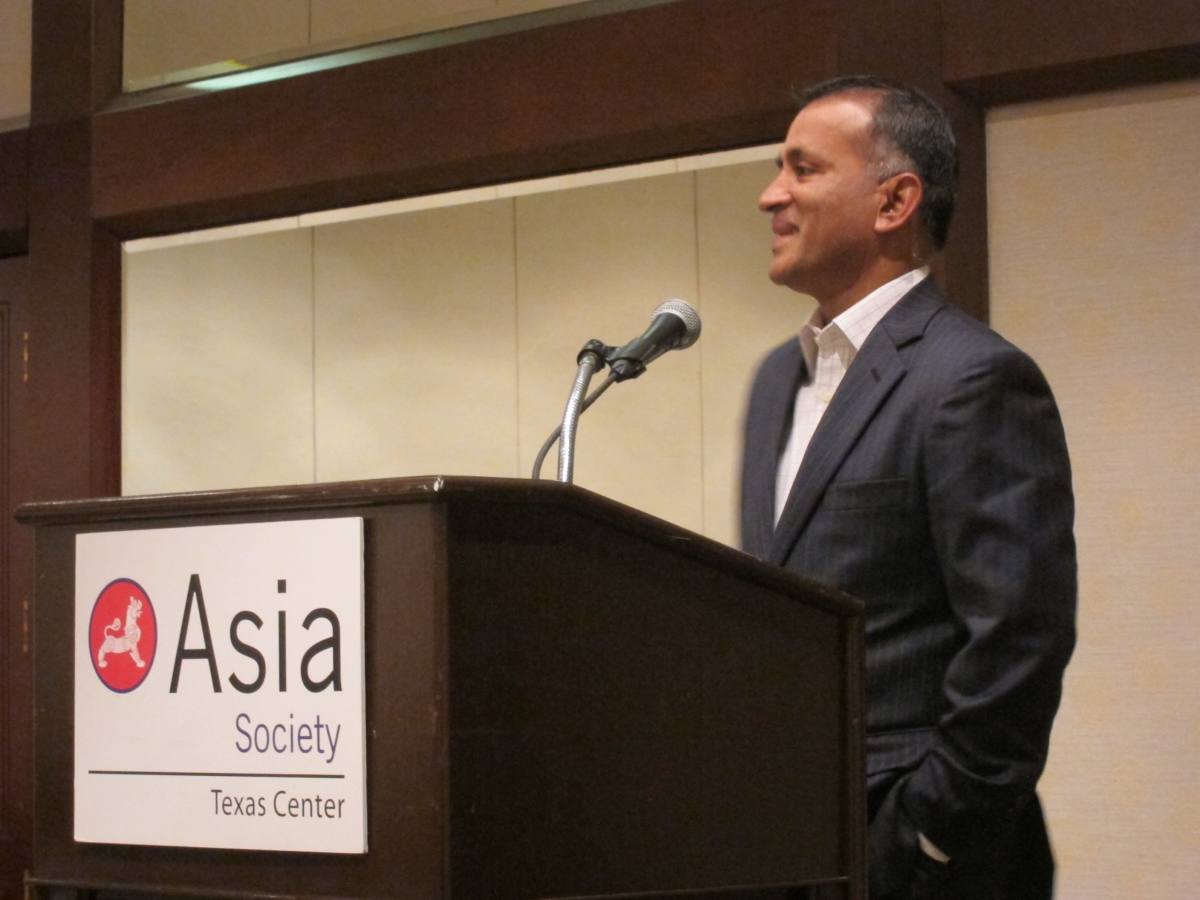 HOUSTON, November 15, 2011 — There's no escaping the numbers: Asia's burgeoning population, predicted to exceed 5 billion by 2030, is so large that indulging in Western-style consumption isn't an option. The planet's resources, from oil to water to the rare earth metals essential to high-tech manufacture, won't support it.

Nair delivered his tough love message to 120 attendees of the ConocoPhillips Speaker Series luncheon hosted by Asia Society Texas Center. Author of the just-released Consumptionomics: Asia's Role in Reshaping Capitalism and Saving the Planet, Nair is founder of the Hong Kong-based Global Institute for Tomorrow, which helps business leaders cope with the impact of globalization.

Asian and Western leaders "seem in denial" about the effects of unrestrained consumerism in Asia. "We need more cars in our cities like I need a hole in my head," Nair said. "I don't think car ownership is a human right. Five billion Asians having cars is a no-no. Can’t happen."

Economic activity must be subservient to maintaining the vitality of natural resources, Nair said. He favors “strong institutions and a strong state” capable of making long-term decisions and enforcing rules limiting consumption.

He also argued that productivity must be redefined in a region with many people and limited natural resources.

"Productivity needs to be measured by how many people as possible are doing productive work and using as few natural resources as possible."

Nair candidly acknowledged that his blueprint for Asia’s future flies in the face of Western liberal democratic values grounded in the primacy of the individual.

For Asia to survive, he said, "collective welfare needs to take precedence over individual rights."