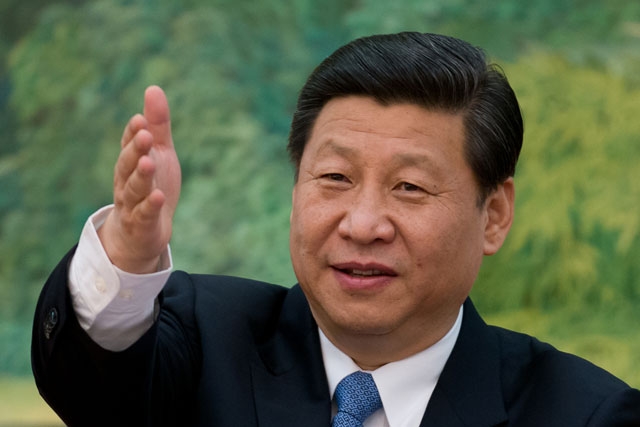 This is an excerpt from an op-ed that was originally published by Project Syndicate.

Last month, the Communist Party of China concluded its Central Conference on Work Relating to Foreign Affairs, the second since Xi Jinping became China’s undisputed ruler in 2012. These meetings express how the leadership sees China’s place in the world, but they tell the world much about China as well.

The contrast between the disarray in the West, on open display at the NATO summit and at last month’s G7 meeting in Canada, and China’s mounting international self-confidence is growing clearer by the day. Last month, the Communist Party of China (CPC) concluded its Central Conference on Work Relating to Foreign Affairs, the second since Xi Jinping became China’s undisputed ruler in 2012. These meetings are not everyday affairs. They are the clearest expression of how the leadership sees China’s place in the world, but they tell the world much about China as well.

The last such conference, in 2014, marked the funeral of Deng Xiaoping’s dictum of “hide your strength, bide your time, never take the lead,” and heralded a new era of international activism. In part, this change reflected Xi’s centralization of control, Chinese leaders’ conclusion that American power is in relative decline, and their view that China had become an indispensable global economic player.

Since 2014, China has expanded and consolidated its military position in the South China Sea. It took the idea of the New Silk Road and turned it into a multi-trillion-dollar trade, investment, infrastructure, and wider geopolitical/geo-economic initiative, engaging 73 different countries across much of Eurasia, Africa and beyond. And China signed up most of the developed world to the first large-scale non-Bretton Woods multilateral development bank, the Asian Infrastructure Investment Bank.

China has also launched diplomatic initiatives beyond its immediate sphere of strategic interest in East Asia, as well as actively participating in initiatives such as the 2015 Iran nuclear deal. It has developed naval bases in Sri Lanka, Pakistan, and Djibouti, and participates in naval exercises with Russia as far away as the Mediterranean and the Baltic. In March, China established its own international development agency.

The emergence of a coherent grand strategy (regardless of whether the West chooses to recognize it as such) is not all that has changed since 2014. For starters, the emphasis on the CPC’s role is much stronger than before. Xi, concerned that the party had become marginal to the country’s major policy debates, has reasserted party control over state institutions and given precedence to political ideology over technocratic policymaking. Xi is determined to defy the trend-line of Western history, to see off Francis Fukuyama’s “end of history” culminating in the general triumph of liberal democratic capitalism, and preserve a Leninist state for the long term.

This approach – known as “Xi Jinping Thought” – now suffuses China’s foreign policy framework. In particular, Xi’s view that there are identifiable immutable “laws” of historical development, both prescriptive and predictive, was particularly prominent at last month’s foreign policy conference. If this sounds like old-fashioned dialectical materialism, that’s because it is. Xi embraces the Marxist-Leninist tradition as his preferred intellectual framework.

How such thinking will now drive China’s concrete foreign policy is anyone’s guess. But how one-party states, particularly Marxist states, choose to “ideate” reality matters a great deal: it is how the system speaks to itself. And Xi’s message to China’s foreign policy elite is one of great confidence.