Wildcard: How Coronavirus is disrupting the China Dream 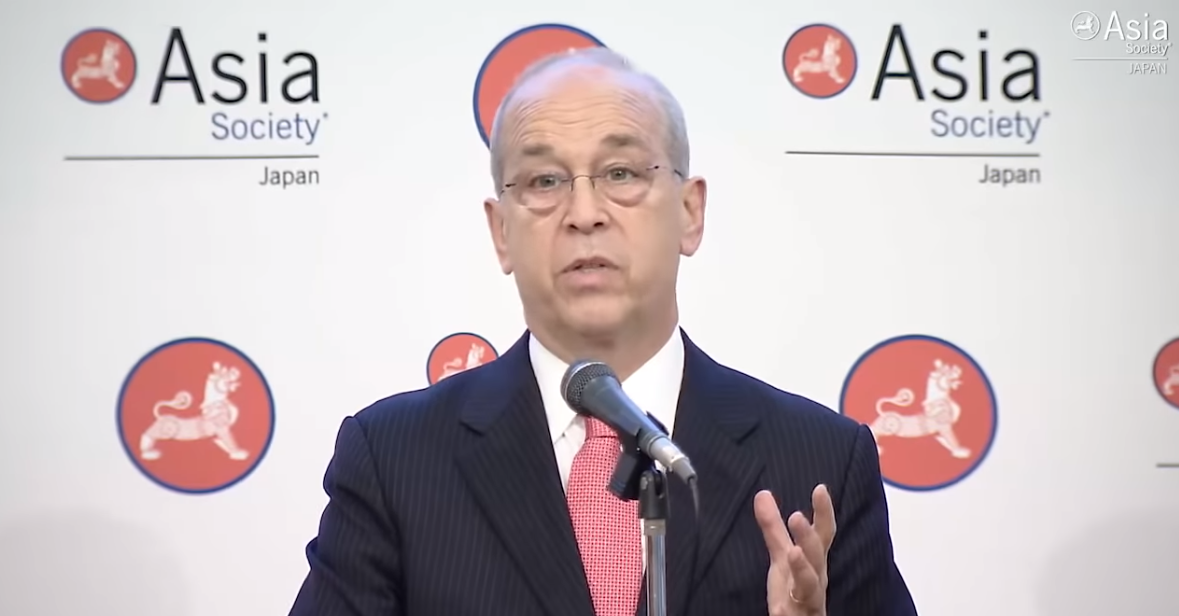 The following is the full text of ASPI Vice President of International Security and Diplomacy Daniel Russel's remarks delivered at the Asia Society Japan Center on February 21, 2020.

Let me begin with a disclaimer: I am not a doctor, an economist, or a fortune-teller. So I don’t know when the Coronavirus epidemic will end, how far it will spread, or China’s likely GDP for the year 2020.

Although I cannot predict the future, what I do know is that COVID-19 isn’t primarily a health crisis for Chinese President Xi Jinping; it’s a political crisis. This is the Chinese Communist Party’s biggest crisis since Tiananmen because it has exposed systemic failures, and ruptured public trust (or brought mistrust out in the open).

The gap between official propaganda and the grim reality is too wide to ignore. For the first seven weeks of the outbreak, official sources and media ignored or downplayed the extent of the crisis. Senior officials basically outlawed bad news during local Communist Party meetings in Wuhan and generally in the run-up to Lunar New Year celebrations. The mouthpiece of the Chinese Communist Party, the People’s Daily, remained silent until January 20th. And finally, on January 21st, President Xi held a Politburo Steering Committee meeting that addressed the epidemic.

Recently, the Chinese Communist Party published a speech that Xi is said to have given three weeks earlier. That speech quotes what Xi allegedly said at another meeting three weeks before that. The Chinese people are being asked to believe that by January 7th, Xi Jinping was, in fact, all over the emerging Coronavirus outbreak. Given widespread criticism of the leadership’s sluggish response, these reports have the feel of a back-dated paper trail.

Despite aggressive censorship, it is clear from social media that the Chinese public recognizes that if officials had acted quickly instead of trying to hide the problem, then much of the disaster could have been prevented. The death of Dr. Li Wenliang, after being disciplined by the security services for his warning about the virus, unleashed a wave of fury in online forums. Li quickly attained popular status as a martyr. Social media was quickly swamped with censor-savvy criticism of the government, including references to the Chernobyl disaster and the song “Can you hear the People” from the musical “Les Miserables.”

Chinese netizens ridiculed Xi for putting Prime Minister Li Keqiang in charge – for the first time ever – then telling the World Health Organization, “I’m leading”. However, from the beginning, Xi has been shifting blame and scapegoating: from firing top Hubei officials to forcing Wuhan mayor Zhou Xiangwang “to wait for central authorities” before releasing information about the coronavirus.

The Coronavirus has revealed the pathology of the Chinese Communist Party. Wuhan mayor Zhou Xiangwang defended himself by explaining he had to “wait for central authorities” before releasing information about the coronavirus. The central authorities, in turn, sought scapegoats to deflect blame and fired top officials in Hubei Province There have been scandals around the diversion of face masks and protective clothes from front-line medical staff to high-ranking party cadres. Even the selfless heroism of health care workers has been tarnished when it was revealed that some nurses were forced to shave their hair as part of a propaganda campaign.  In the eyes of many Chinese, the Communist Party has been unmasked as fallible, selfish, and corrupt.

This matters because 2022 is a make-or-break year for Xi. It is the year of the 20th Party Congress, where Xi clearly intends to lock in a third 5-year term and cement Mao-level status as the core leader.

In Chinese politics, personnel is central to power, and party congresses are all about personnel. The 20th Party Congress is a critical opportunity for Xi to stack the deck with loyalists. If he cannot surround himself with loyalists, then he will be vulnerable to attack.

Of course, a Leninist authoritarian state can fudge numbers and deadlines, but even so, the success of the economy is at the heart of the social contract in China. Chinese citizens trade privacy and political rights for prosperity. Economic performance produces political legitimacy for the Chinese Communist Party. That is why sustaining economic growth has been a top priority in Xi’s second term.

Unfortunately for the Chinese Communist Party, the economy has already hit heavy headwinds from Trump’s tariff war. Chinese concessions enabled a tariff truce meant to buy time to work on the economy. However, the ink on the Phase One trade agreement was barely dry when COVID-19 hit.

Right now, it is too soon to assess the economic damage of COVID-19, either globally or for China, so predictions at this point are simply guesses.

But, consider the past. SARS knocked almost 2% off China’s growth and cost more than 8 million jobs in 2003 during a booming economy. Also take into consideration the fact that China’s share of the global economy has tripled since the SARS-era, which multiplies the potential damage both to China and the rest of the world.

Now the question is, what will be the impact in a slowing economy of much more disruptive counter-measures? With large-scale lockdowns, factory and retail stores closing, travel restrictions, event cancellations, risk-averse local officials, and a worker shortage, what will happen to the economy? Instead of deleveraging and reducing bank debt, China is now pumping billions into the economy and pushing banks to approve questionable loans. Despite the ultimate numbers, the bottom line is that this is exactly the opposite of what Xi and the Chinese Communist Party need to meet the centennial goal of the China Dream.

The external component of the China Dream is also damaged. Rather than export the China Model, China has “exported” COVID-19 to more than 70 other countries. There are now global restrictions, travel bans, quarantines, and limited travel to and from China.

In countries and communities across the world, anti-Chinese sentiment and behavior is surging because COVID-19 is so closely associated with China and the Chinese people. Trade and tourism, conferences and cultural exchanges, summit meetings, and negotiations are all at a standstill.

The economic cost of the outbreak is hitting other countries hard, especially in Asia. COVID-19 is exacerbating the decoupling trend since global manufacturers now have new, non-political reasons for diversifying their supply chains.

Belt and Road Initiative projects are contaminated by fear of Chinese infection, and some projects have been held up because Chinese workers cannot travel, which may trigger non-compliance penalties.

China’s failure to deal quickly and effectively with the COVID-19 crisis has shown the world that it simply cannot trust information coming out of China. Reporting has been incomplete. The Chinese Communist Party’s reliance on censorship is on full display. On February 12th, there was an upward revision that revealed more than 15,000 previously unreported people were infected. China’s image has been badly damaged.

The health disaster, and the ensuing public discontent, does not bode well for the Chinese government. Throughout Chinese history, natural disasters have ended dynasties when the “mandate of heaven” is lost. These beliefs are embedded in traditional Chinese culture.

The Chinese Communist Party itself has a history of mishandling natural disasters in ways that generate political problems. In 2002, SARS shook Chinese citizens' faith in their government. In 2008, the response to the Sichuan earthquake caused citizens to distrust their government. In 2012, the Wenzhou high-speed railway crash caused by systemic management flaws led to civil unrest. Unlike the movement in Hong Kong, which may not impact mainland Chinese people’s daily lives, those disasters – like Covid-19 – strike at the heart of peoples’ sense of safety and welfare.

For example, the government built a pop-up hospital in less than two weeks. By all official accounts, the live-streamed event was a success. The only problem was that there were few functioning hospital beds. These pop-up hospitals have largely served as warehouses for people who are infected. Online, Chinese patients have labeled them “prisons”. The response to the epidemic has demonstrated the Chinese system’s reliance on hardware over software; on slogans versus science.

The Chinese Communist Party is falling back on old habits by instituting Mao-style mass mobilization, shifting blame to local officials, and calling on citizens to spy and report on each other. On February 10th, Xi Jinping finally walked the streets of Beijing to rally the people.  In true Maoist form, used political language such as “struggle” and “people’s war” to describe the COVID-19 outbreak.  He also invoked the familiar foreign “black hand,” accusing the US of exploiting the outbreak by implementing a travel ban and propagating conspiracy theories. There are innovations as well.  With the advent of new technology including facial recognition and data to track travelers from Wuhan, the Chinese Communist Party is attempting to control the citizenry, not control the epidemic.

Social media reflects the public’s anger. Despite propaganda that touts a superior Chinese system and a supposedly infallible leader, the system failed badly. The Chinese Communist Party learned little from SARS or H1N1. The Covid-19 crisis has also exposed how Xi’s centralization, ideology campaign, and his anti-corruption campaign have weakened government operations and advanced a political culture in which leaders protect themselves rather than meet citizens’ needs. The epidemic has also shown that promoting loyalists has not elevated competent people. And above all, this outbreak has cast a spotlight on China’s underdeveloped civil society. Leaders of the Red Cross Society of China have been punished for corruption and other dysfunctional non-governmental organizations have been unable to work effectively.

So, what are the prospects that the backlash over COVID-19 will bring down Xi Jinping?

He has made many powerful enemies since taking power.  Now, as a result of the government’s handling of the epidemic, the Chinese people are angry and prominent intellectuals are speaking out at great personal risk.  But Xi has ruthlessly destroyed potential rivals and established direct control of China’s security, military, propaganda, party, and state-owned enterprises. Therefore, organizing a movement within the Central Committee to replace him would be extremely difficult.

The leader of the Chinese Communist Party has already shown that he is operating from the Maoist playbook and we should expect more of that behavior.  Xi and the party will rewrite history and claim he won the great battle against COVID-19. Next, they will blame others – from local officials to the invisible black hand of the United States for the virus. Third, they will point to missteps by other countries and foreign failures to contain the virus.  Lastly, the party will act ruthlessly to crush any dissent or criticism. Nothing in the authorities handling of the crisis to date suggests that Xi will consider relaxing control.

Despite the party’s determination to retain control, the COVID-19 crisis has impacted China politically. Domestically, the “China Dream” has been damaged. Citizens have seen with their own eyes how dysfunctional the system is and how self-serving and incompetent party officials were during a deadly crisis. As a result, the Chinese Communist Party’s ability to protect society has been called into question.

Internationally, China’s image and the “China Model” have been damaged. The Chinese government attempted to prevent countries from restricting travel to protect their own citizens. It rejected international offers to send medical experts and slow-walked the World Health Organization. And its data on the number of people who have been infected by the virus are widely viewed as suspicious.

Most significantly, the sense of the inevitability of China’s rise is undermined, particularly as China’s economic position is weakened. The current surge of anti-Chinese sentiment is likely to linger, particularly in the economic downturn likely to ensue. Throughout this crisis, Beijing will be internally focused and preoccupied with domestic political matters.

So while it is unlikely that COVID-19 will derail Xi’s leadership, the Communist Party’s control, China’s economy, or China’s international influence, the China Dream has clearly suffered a setback.