Why the Quad Alarms China 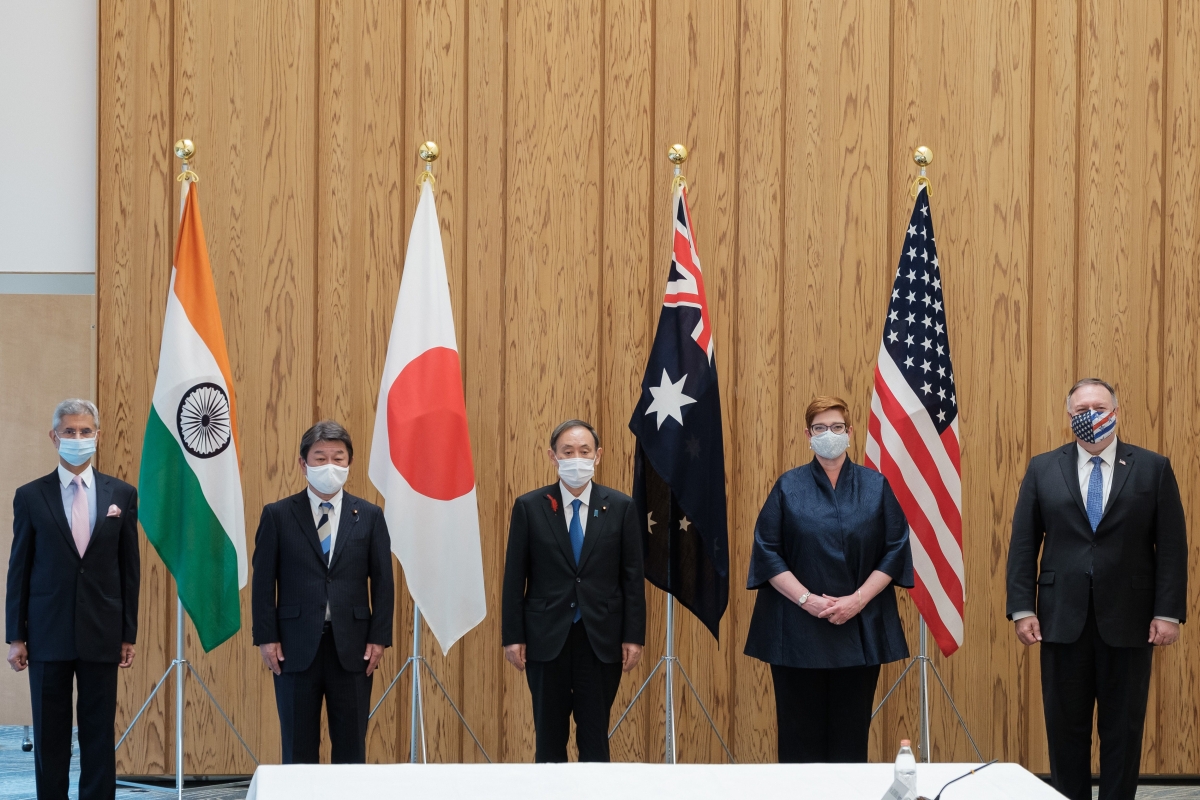 The following is an excerpt of Asia Society and ASPI President Kevin Rudd's op-ed originally published in Foreign Affairs.

When former Japanese Prime Minister Shinzo Abe invited officials from Australia, India, and the United States to meet in Manila in November 2017, Chinese leaders saw little reason to worry. This gathering of “the Quad,” as the grouping was known, was merely “a headline-grabbing idea,” scoffed Chinese Foreign Minister Wang Yi. “They are like the sea foam in the Pacific or Indian Ocean: they get some attention but will soon dissipate.” Beijing had some reason for such dismissiveness. The interests of the Quad’s members were, Chinese strategists assessed, too divergent to allow for real coherence. Anyway, the Quad grouping had already been tried more than a decade earlier, with little in the way of real results.

Within a few years of that November 2017 gathering, however, Beijing had started to rethink its initial dismissiveness. By March of this year, when the Quad held its first leader-level summit and issued its first leader-level communique, Chinese officials had begun to view the Quad with growing concern. Since then, Beijing has concluded that the Quad represents one of the most consequential challenges to Chinese ambitions in the years ahead.

As “strategic competition” with China has become a rare point of bipartisan consensus in Washington, Chinese President Xi Jinping has taken to warning that his country faces a “struggle over the future of the international order” with a United States determined to thwart China’s rise. Xi believes that Beijing has an opportunity between now and 2035 to make China the world’s top economic, technological, and potentially even military power. Integral to this push is persuading countries in Asia and around the world that Chinese dominance is inevitable and that, accordingly, they have no option but to start deferring to Chinese demands. That would enable China to begin rewriting the rules of the international order—and entrench its global leadership position—without ever having to fire a shot.

The Quad is uniquely problematic for China’s strategy because its aim of unifying a multilateral coalition of resistance has the potential to stiffen spines across the whole of the Indo-Pacific and possibly beyond. For Xi, the critical question is whether the Quad will evolve to be large, coherent, and comprehensive enough to effectively balance against China, thereby undermining any sense that its dominance, in Asia or globally, is inevitable. So far, Beijing has struggled to mount an effective response to the Quad challenge. Whether Chinese officials settle on a strategy that succeeds in undermining the Quad’s progress will be one of the key factors in determining the course of U.S.-Chinese competition—and the fate of China’s global ambitions more generally—in what has already become a “decade of living dangerously.”