What RCEP Means for the Indo-Pacific

Blake Berger op-ed for The Diplomat 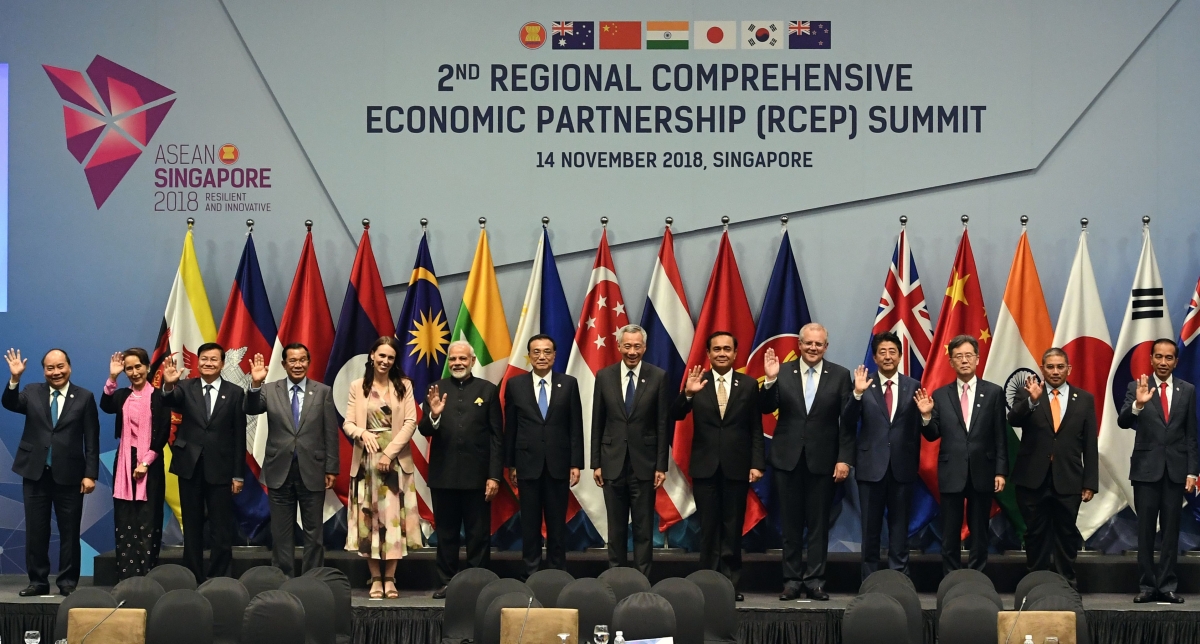 The following is an excerpt from ASPI Senior Program Officer Blake Berger's op-ed originally published in The Diplomat.

With the world beset by trade and economic conflict, falling gross domestic product (GDP) and trade growth rates, as well as rising protectionism and populism, the conclusion of the Regional Comprehensive Economic Partnership (RCEP) negotiations is all the more a landmark achievement for the Association of Southeast Asian Nations (ASEAN).

RCEP should not be viewed simply as a trade agreement, but as an economic cooperation agreement that strengthens regional political security and stability and reinforces ASEAN centrality in Southeast Asia and the Indo-Pacific. While India’s momentary withdrawal from the agreement has clouded the discussion of the negotiation’s success, RCEP will be the world’s largest trade bloc, covering an estimated 45 percent of the world’s population and encompassing roughly a third of global GDP. The economic benefits of the agreement are significant with or without India. With India in the agreement, RCEP is expected to generate a real GDP increase of approximately $171 billion for the bloc, and without India, an increase of roughly $137 billion. In the context of the U.S.-China trade dispute and turmoil within the European Union (EU), RCEP bucks the prevailing tides by sending a strong signal to the world that Asia is not only committed to a cooperative, multilateral, and rules-based order but that it is also open to business.

RCEP is the latest example of ASEAN’s long-term, staunch commitment to open regionalism and regional integration. Since the 1980s, and even more so following the 1997 Asian Financial Crisis, ASEAN’s response to both regional and global political and economic turmoil has been to double down and strengthen its integration efforts. Unlike the EU, with its focus on Europe and exclusivity, ASEAN has embraced open regionalism in seeking to promote economic integration without discriminating against external economies and through advocating inclusivity. The goal of “Global ASEAN” isn’t to create an EU-style bloc, but to further integrate the region into the global economy. As a key element of both the ASEAN Outlook for the Indo-Pacific (AOIP) and the ASEAN Economic Community (AEC), RCEP’s signing represents a significant step in reaffirming ASEAN centrality in regional architecture and affairs, bolstering inclusivity, and realizing the ASEAN Community Vision 2025.

While the conclusion of RCEP’s negotiations is a substantial achievement on several fronts, ASEAN cannot be apathetic to wider trends and rest on its laurels. All too often, ASEAN has been the “businessman who oversells and under-delivers.” It is critical that ASEAN members muster the political will to ensure implementation and proper follow-through while continuing to work toward bringing India back into the agreement. Despite criticism surrounding the ASEAN Way and its flexible and consensus decision-making processes, it is precisely these qualities that have made ASEAN and RCEP resilient and poised to succeed.