This Week’s Key China Trade Talks Are in Beijing, Not Shanghai

Wendy Cutler and James Green for The Diplomat 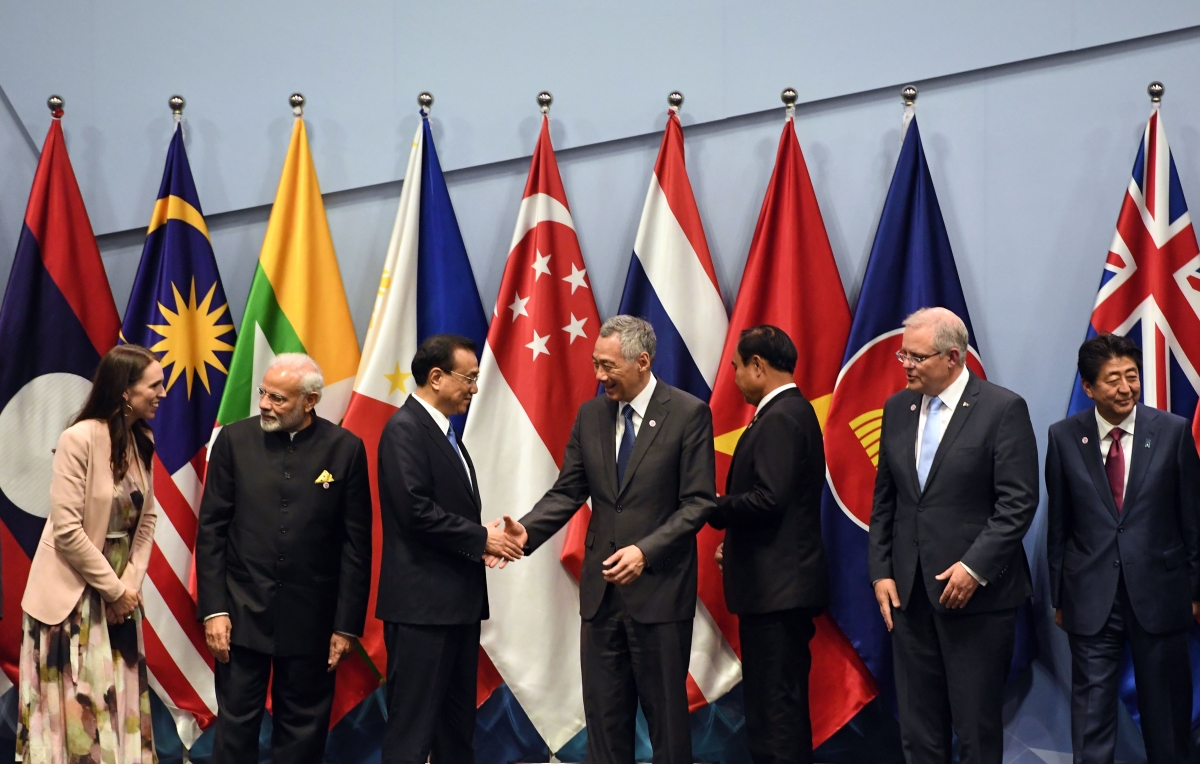 The following is the full text of an article published in The Diplomat adapted from an op-ed co-authored by ASPI Vice President Wendy Cutler and McLarty Associates' James Green.

Why did China’s trade talks in Beijing eclipse the U.S.-China negotiations in Shanghai?

Earlier this week, the U.S. press intensely dissected every move of Treasury Secretary Steven Mnuchin and United States Trade Representative Robert Lighthizer’s visit to cosmopolitan Shanghai – the symbolism of the Peace Hotel dinner with Vice Premier Liu He, meetings at the historic Xijiao State Guest House. But the negotiations that may have a more significant and lasting impact on trade with China are now taking place some 1,200 km north in Beijing.  There, Chinese Commerce Minister Zhong Shan is hosting 15 Asian trade ministers for a high-level negotiating session of an Asian free trade agreement, known as the Regional Comprehensive Economic Partnership (RCEP).  If China is able to move the others toward a successful conclusion of RCEP by the end of the year, this may signal a new phase of Chinese regional economic integration.

Why is the Regional Comprehensive Economic Partnership (RCEP) a big deal?

In terms of number of countries and size of the economies, RCEP is a big deal. The 16 member countries include all 10 members of the Association of Southeast Asia Nations (ASEAN), plus six regional powerhouse economies: China, Japan, South Korea, India, Australia, and New Zealand.  These countries are home to 45 percent of the world’s population, contribute 25 percent to global GDP, and generate 30 percent of inter-country trade. For the first six months of 2019, China’s trade with ASEAN ($292 billion) surpassed trade with the U.S. and is second only to China’s trade with the European Union – these are large trade volumes, and growing.

In its early days, RCEP was quickly labeled by many as the China-led alternative to the Trans-Pacific Partnership. In reality, however, the ASEAN countries drove the negotiations. While Beijing paid lip service to the importance of the talks, this did not translate into Chinese leadership at the negotiating table. Specifically, Chinese negotiators were unable to break their logjam with India – viewed as the biggest obstacle in the negotiations.

What was the strategic shift in Beijing’s calculus toward RCEP?

In recent months, this dynamic has shifted, with China increasingly stepping up to the plate. By inviting RCEP trade ministers to Beijing, China seems to be changing its calculus around the importance and viability of an agreement. Vice Minister of Commerce Wang Shouwen stated at the start of the current negotiating round that “RCEP is the most important free trade agreement negotiation in East Asia.” Some in China have even floated the idea of reducing the membership in RCEP by asking India, Australia, and New Zealand to exit the talks in an effort to break the current impasse.

There are a number of reasons for this increased Chinese focus on the RCEP. First, in the face of sustained trade friction with the United States, Chinese officials are eagerly exploring new markets for Chinese goods and services. Second, engaging with RCEP partners offers an opportunity for China to distinguish itself from the United States as a regional leader pushing for trade liberalization and Asian economic integration. Third, at the geostrategic level, RCEP helps China consolidate a vision of an Asian-led, Asia only, regional order.

What challenges does RCEP face?

Of course, revved up Chinese engagement is no recipe for success for RCEP. These negotiations, which have been ongoing since 2012, face a number of serious challenges largely rooted in the diversity of economic development of its sixteen members. Even though the more advanced countries, particularly Japan, Australia, and New Zealand are pushing for higher standards, most RCEP members seem to be resigned to concluding a relatively bare-bones agreement, arguing that it can be improved upon in future years. Another challenge for progress this week is the decision by the Indian trade minister to remain in New Delhi due to parliamentary obligations.

Should Washington be concerned about Beijing’s leadership in RCEP?

Despite these challenges, we should not lose sight of the fact that by deciding to host an RCEP ministerial meeting Beijing is exercising regional leadership. The importance of this convening authority cannot be overstated. Over the last five years, through hosting APEC in 2014, the G-20 in 2016, and two Belt and Road Forum summits, China has honed its ability to shape global agendas in a way only a handful of powers could  ̶  the United States had been first among those since 1945. The question facing the Chinese Politburo Standing Committee now is whether China is prepared to take the market-opening steps that would demonstrate true leadership so other nations will want to follow and agree to a meaningful regional free trade agreement. After the weekend meetings in Beijing, we should all have a clearer picture of that likelihood.

Read the article at The Diplomat.