The U.S.-ASEAN Partnership in the Indo-Pacific | Asia Society Skip to main content

The U.S.-ASEAN Partnership in the Indo-Pacific 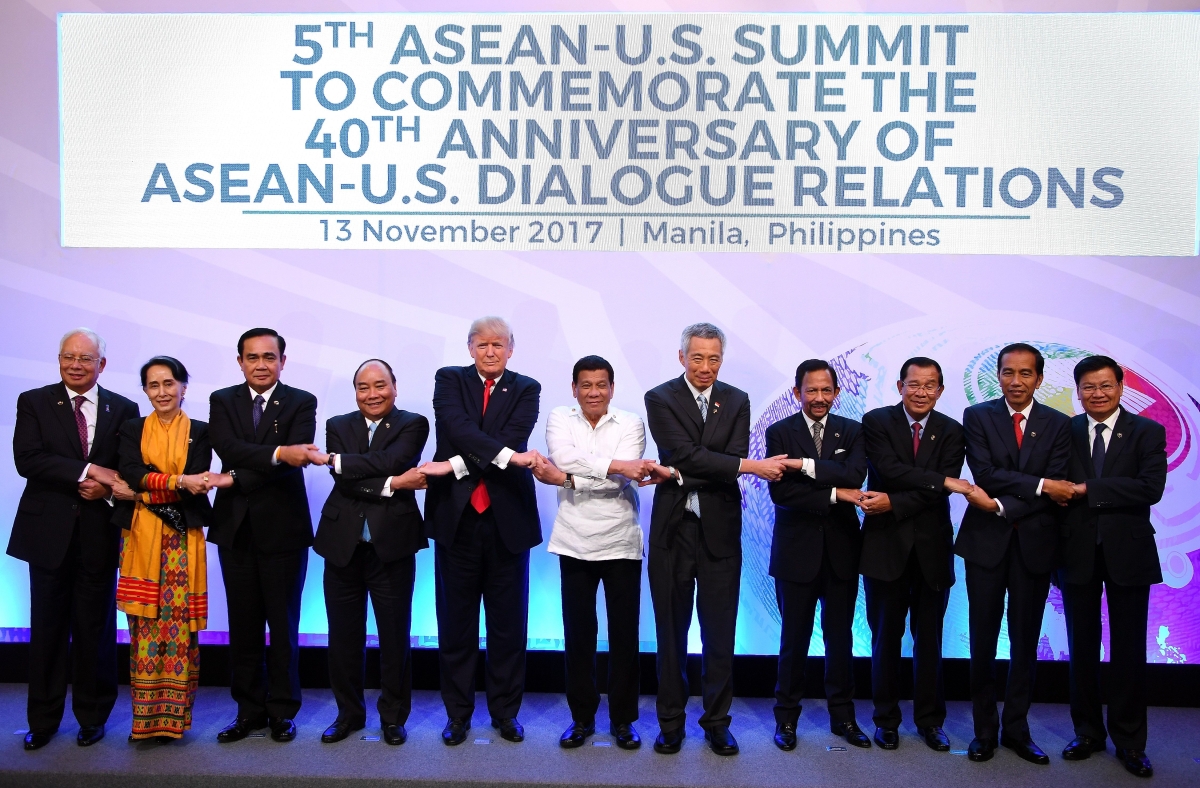 A family photo during the ASEAN-US 40th Anniversary commemorative Summit on the sideline of the 31st ASEAN Summit in Manila on November 13, 2017. (Manan Vatsyayana / AFP / Getty Images)

With more than 600 million people — nearly 400 million under the age of 35, five of the world’s 20 fastest-growing economies, and a combined GDP of 2.56 trillion USD, ASEAN has emerged as a central player on the global stage and a close U.S. partner. The U.S.-ASEAN relationship has also transformed rapidly since formal relations were established in 1977, culminating in the establishment of an ASEAN-U.S. Strategic Partnership in November 2015. ASEAN is now the United States’ fourth-largest trading partner, and the largest destination for U.S. foreign direct investment in Asia.

Although the U.S.-ASEAN partnership has marked numerous achievements in recent years, it also faces new challenges at home and abroad. Domestic political turmoil in both the United States and many Southeast Asian countries, rising concerns about economic protectionism, and growing geostrategic competition are testing the bilateral relationship. Following the 40th anniversary of U.S.-ASEAN relations in 2017, it is now an important moment for U.S. and ASEAN leaders to take stock and ask what steps they should take to strengthen their ties in the years to come.

With this goal in mind, the Asia Society Policy Institute (ASPI) decided to convene a U.S.-ASEAN Working Group series, to explore current challenges facing the U.S.-ASEAN partnership and to provide recommended next steps to U.S. and Southeast Asian policymakers. The working group convened stakeholders from the U.S. Congress, Southeast Asian embassies, think tanks, and the private sector to discuss future opportunities in U.S.-ASEAN cooperation. This white paper by ASPI's Director of Political-Security Affairs Lindsey Ford reflects the results of those deliberations. It includes recommendations to: 1) provide an updated vision for the U.S.-ASEAN partnership in a “free and open Indo-Pacific”; 2) expand U.S.-ASEAN economic and trade cooperation; 3) maintain close security and defense ties; and 4) advance closer people-to-people relations.