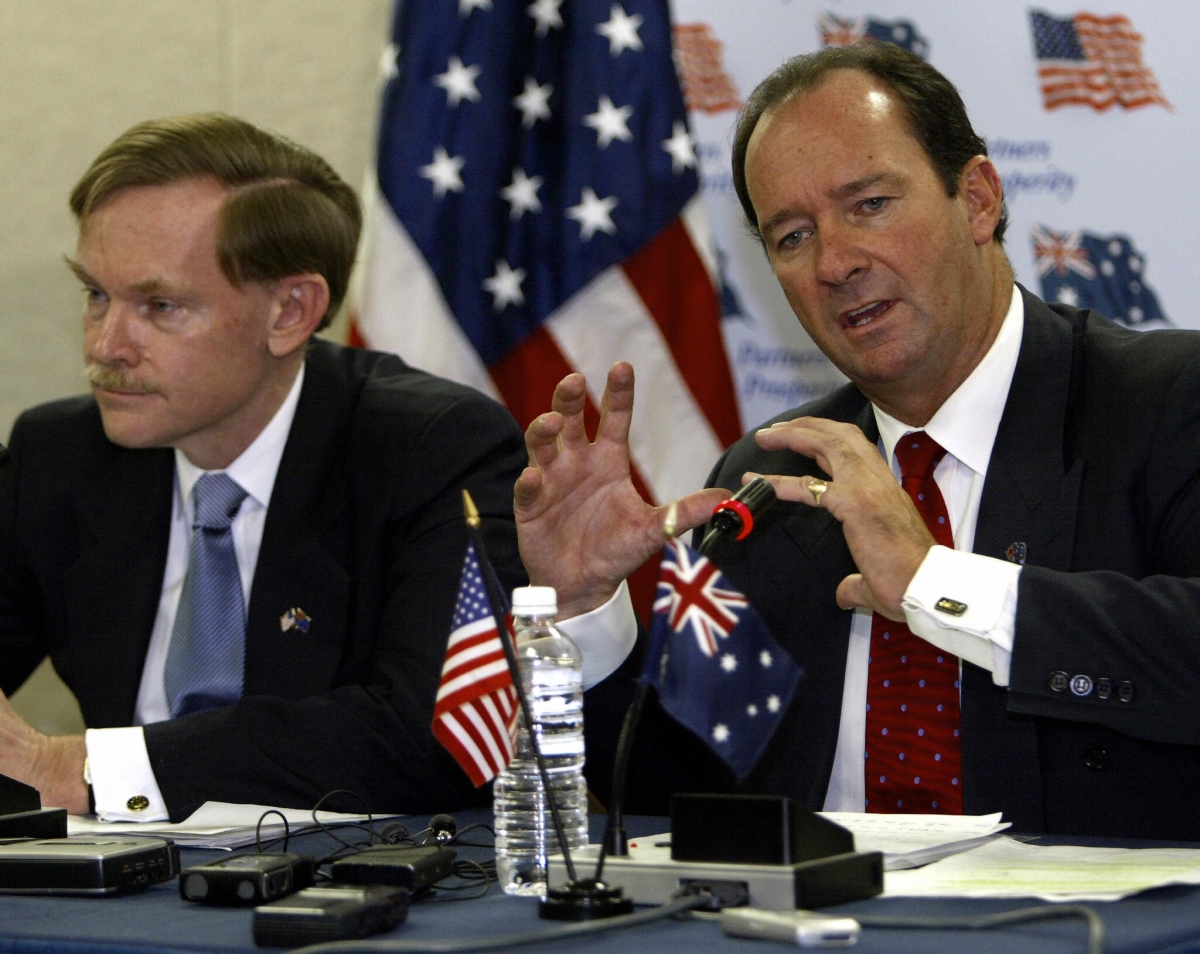 On Thursday, July 23, Asia Society Policy Institute (ASPI) Vice President Wendy Cutler participated in a webinar, hosted by the University of Sydney's United States Studies Centre, which celebrated the 15 years that have passed since the United States-Australia Free Trade Agreement entered into force.

Cutler, who worked as a trade negotiator at the Office of the U.S. Trade Representative during the talks with Australia, was joined by her former boss during the negotiations, Amb. Robert Zoellick, as well as a host of Australian experts and dignitaries including former Prime Minister John Howard, the current Australian Ambassador to the United States Arthur Sinodinos, the former Australian Ambassadors to the United States Joe Hockey and Michael Thawley, as well as former Australian government minister Stephen Conroy. Australia's current Prime Minister Scott Morrison and the United States' current Ambassador to Australia A.B. Culvahouse Jr. also delivered video messages that celebrated the strong and enduring partnership between the United States and Australia, in which, all participants agreed, the bilateral trade agreement had played a large part.

Cutler spoke with a view to the future. She advised against a wholesale update of the bilateral FTA, calling it a time-consuming process that would result in some trade frictions "which I don't think are in our common interests." However, Cutler said she believed the two countries can benefit from cooperation in a number of trade-related areas and offered five concrete recommendations for policymakers going forward, including negotiating a bilateral U.S.-Australia digital-only trade agreement, having Australia join the  United States, European Union, and Japan in the so-called "trilateral" work on industrial subsidies and other trade issues, increasing coordination of each country's investment screening mechanisms, working together on reforming the WTO, and exploring, in the long-run, a potential U.S. return to an updated and revised Trans-Pacific Partnership agreement.