Trade in Trouble: How Asia Can Lead | Asia Society Skip to main content

Trade in Trouble: How Asia Can Lead

Wendy Cutler and Kevin Doyle in The Diplomat 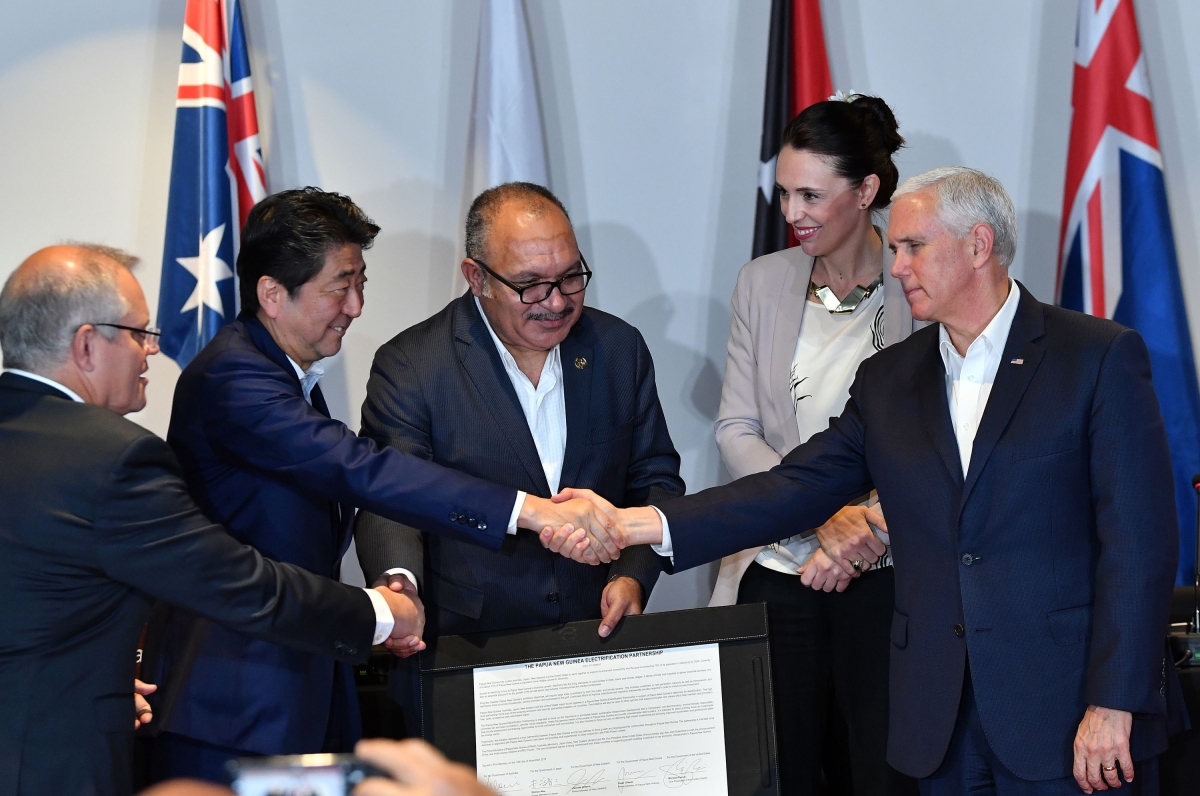 The following is the full text of an interview with ASPI Vice President Wendy Cutler and Senior Program Officer Kevin Doyle, originally published in The Diplomat.

Trans-Pacific View author Mercy Kuo regularly engages subject-matter experts, policy practitioners, and strategic thinkers across the globe for their diverse insights into U.S. Asia policy. This conversation with Wendy Cutler – Vice President of the Asia Society Policy Institute (ASPI) and former acting deputy of the U.S. Trade Representative –  is the 197th in “The Trans-Pacific View Insight Series.” Cutler is co-author of the recent ASPI Issue Paper “Trade in Trouble: How the Asia Pacific Can Step Up and Lead Reform” in collaboration with Kevin Doyle, a senior program officer at ASPI.

Briefly highlight the top three findings of the ASPI report.

The key finding in our report, simply put, is that trade is in trouble. The U.S.-China trade dispute has disrupted trade and investment flows, stifling global and regional trade growth, and while some countries may be benefitting from trade and investment flows diverting out of China, the long-term harm of these disruptions far outweighs the potential benefits. Likewise, we concluded that the WTO, which would ideally be in a position to help mediate these tensions, is woefully ill-equipped to do so, particularly given the organization’s inability to reach consensus among 164 members. Lastly, looking forward, we found that many rules and principles governing trade will be outpaced by advancements in technologies, such as artificial intelligence, 3D printing, and cloud computing, and will require an update to capture the benefits of those advances while dealing with their likely disruptions.

As U.S.-China trade tensions escalate, how can Asian capitals lead on reforms to ensure regional economic stability and prosperity?

The U.S. retreat from its traditional leadership role in the international trading system has left a vacuum, one that our report asserts the countries of the Asia-Pacific, particularly the “middle powers” and trade-dependent economies, should step in to fill. The countries of the Asia-Pacific are some of the most trade-dependent in the world, as well as the most vulnerable to the U.S.-China trade dispute. Likewise, many of the countries are already members of regional organizations, such as the G-20 and APEC, as well as parties to large regional trade agreements like the CPTPP and RCEP. This means they are well-positioned to lead discussions for reform. Finally, in the area of advanced technologies, the region leads the world in high-tech exports as a percentage of total manufactured exports. Given this potent combination of vulnerability and capability, we call on the middle income and trade-dependent economies of the Asia-Pacific step up and lead reform efforts at the WTO and elsewhere.

Southeast Asia is a key Chinese investment destination – how might the U.S.-China trade dispute impact the region?

Even before the current U.S.-China trade conflict, many companies in the region were already shifting investment and production into Southeast Asia due to its low labor costs. This trend has accelerated in recent months, at least in part driven by the trade dispute as firms seek to avoid tariffs. For example, Vietnam saw a 69.1 percent increase in inbound FDI in the first half of 2019, including a sharp spike in the inflow of Chinese investment. While this might paint a rosy picture for some in the region, however, things are rarely that simple. In our report, we found that even potential beneficiaries of such diversions like Vietnam are worried about the risks to global and regional growth. The IMF, OECD, and ADB have all downgraded their growth projections, attributing the slowdown to uncertainty from the U.S.-China trade conflict. Indeed, many in the region feel caught in the cross-fire of their two largest trading partners and would rather see a quick resolution than a prolonged conflict.

One bright spot we found was the continued vitality of the CPTPP. Despite the U.S. withdrawal from TPP in early 2017, the remaining 11 countries recognized its value and signed the successor CPTPP agreement in March 2018. With seven of the 11 countries having ratified the agreement, our report calls on the remaining four countries to do so and begin engaging with prospective new partners. We note a range of countries – including Colombia, Indonesia, Korea, Thailand, and the U.K. – who have voiced varying degrees of interest. While some of this interest predates the current U.S.-China conflict, it has taken on a new urgency as the dispute threatens the international trading system more broadly. Moreover, these countries have sought to diversify their trading partners given the risks they face from a full-blown U.S.-China trade war.

For RCEP, while the trade war may also be driving newfound energy to conclude, we found that major gaps still remain between some countries over market access. Despite this, the RCEP countries have expressed a determination to conclude the agreement by the end of this year. To help achieve this, we offer several practical solutions, including postponing participation for some countries, allowing “non-application” clauses where gaps remain and incorporating a regular review mechanism to continue updating the agreement in the future.

While the report recommendations are aimed at policymakers from both the U.S. and around the region, there are some clear takeaways for the U.S. specifically. First, our trading partners are not waiting for us, as the conclusion of the CPTPP illustrates. This agreement is already taking its toll on U.S. workers, farmers, and businesses.

Second, Asia-Pacific countries don’t want to pick sides in the U.S.-China trade dispute, given their reliance on the U.S. and China as their two largest trading partners. Policymakers in the U.S. shouldn’t forget our partners that are getting caught in the crossfire.

Lastly, the U.S. has benefited from this international trading system, and its breakdown would have negative implications for the U.S. economy. While some in the region are stepping up to fix it, the U.S. should stay engaged and work with countries to reform the system and address issues we care about like intellectual property, state-owned enterprises, and industrial subsidies. Likewise, the U.S. and China have a shared interest in maintaining the system and should work together, for example on developing forward-looking trade rules for the next generation of advanced technologies.

Read the full article at The Diplomat.